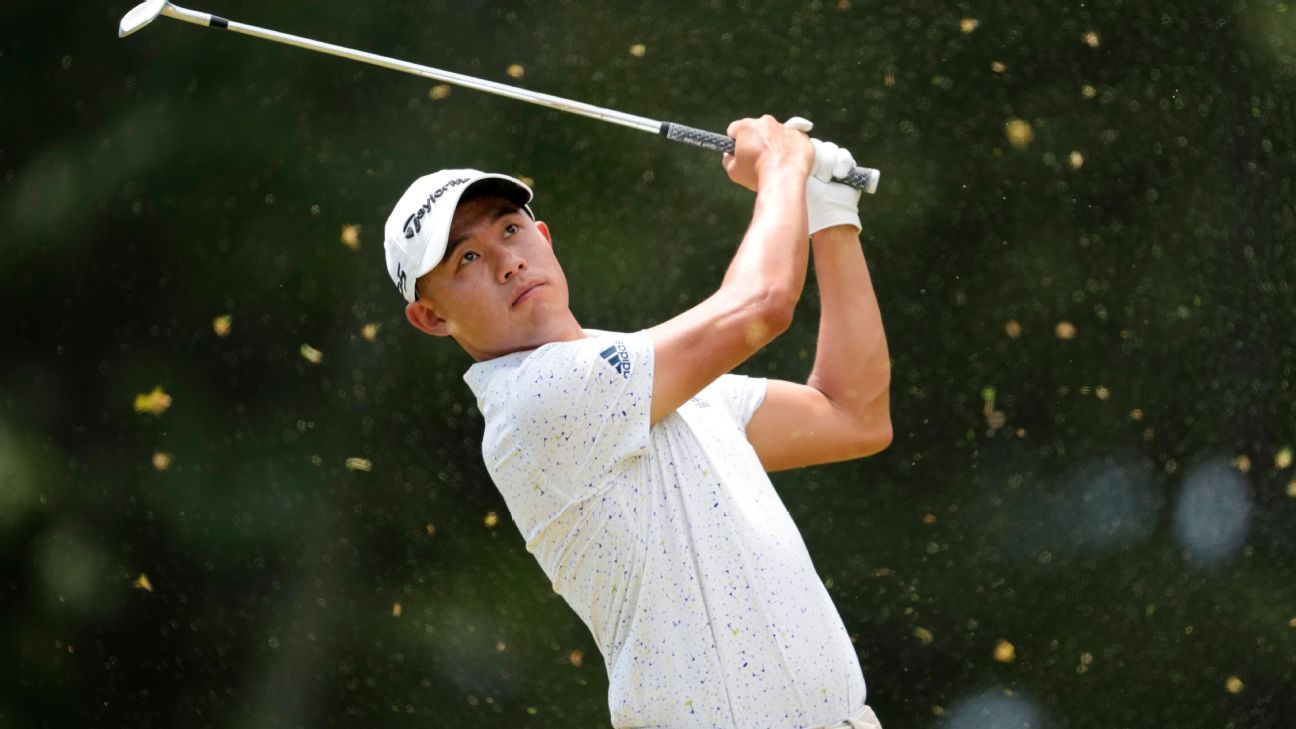 BROOKLINE, Mass. — There was a lot going on in the first round of the 2022 U.S. Open. The requisite drama around Phil Mickelson? Check. A few tossed clubs? You bet. Kids running off with defending champion Jon Rahm‘s ball on the 18th hole? OK. Wild turkeys on the course? Sure.

Friday’s second round promises even more.

Canadian Adam Hadwin (4 under) had the lead after one day at The Country Club in Brookline. Hadwin is in the field as an alternate and had a 1-shot lead over Rory McIlroy and four others. McIlroy, who won the RBC Canadian Open last week, was one of those throwing a club Thursday, during a motivated first round that saw him score 67.

What will happen in the second round? We’ll find out.

What’s the best thing you can do if you’re trying to make the cut at the U.S. Open? Let Cameron Young demonstrate.

If you’re surprised to see England’s Callum Tarren‘s name at the top of the leaderboard, you’re not alone. This is the second time the tour rookie has qualified for the U.S. Open and the second time he has arrived without his clubs.

At the 2019 U.S. Open at Pebble Beach, his clubs didn’t surface until Wednesday. He borrowed Tyrrell Hatton‘s clubs until his bag got there. After Tarren missed the cut at the RBC Canadian Open last week, his clubs didn’t make it to Boston. He played a practice round with only a wedge. Tarren, who played at Radford University in Virginia, has just one top-10 finish on tour and has missed 10 cuts in 17 starts. — Mark Schlabach

267 yards away. Blind approach. @JonRahmPGA gets close with a 4-iron and converts the eagle. He’s one back @USOpenGolf. pic.twitter.com/hsT19FTpsV

Collin Morikawa, on the other hand, is a two-time major winner. He shot 69 on Thursday and finds himself hanging around the top of leaderboard.

He’s heating up 🔥 @Collin_Morikawa is tied for the lead at Brookline. pic.twitter.com/asVBWlE1nv

The champ is here

267 yards away. Blind approach. @JonRahmPGA gets close with a 4-iron and converts the eagle. He’s one back @USOpenGolf. pic.twitter.com/hsT19FTpsV

Birds of a feather

Scottie Scheffler, the top-ranked player in the world golf rankings, shot 2 under in the first round and is climbing the leaderboard Friday. On the par-5 14th hole, Scheffler paused for a wild turkey to cross his path then made an eagle on the hole.

Mickelson likely to miss the cut

The good news for Phil Mickelson, after he limped off the ninth green at The Country Club outside Boston on Friday, is that he won’t have to worry about making the cut in his next start in two weeks.

Mickelson didn’t do that at the U.S. Open, although he did play better in Friday’s second round. He carded a 3-over 73, dropping his total for 36 holes to 11-over. He was tied for 143rd among 156 players when he walked off the course.

“I enjoyed the week. I just wished I’d played better,” Mickelson said afterward, before jumping into a courtesy SUV with his team and leaving the club.

If you aren’t first …

After shooting his second even-par 70 of the tournament to remain at even heading into the weekend, Brooks Koepka was asked Friday about the kind of confidence he usually projects even after bad rounds.

Koepka’s confidence also comes with a dose of nonchalance. He downplayed his eagle on the par-5 14th, and when asked about his feelings after disappointing finishes at the past two majors, he mentioned that after his T-55 finish at the PGA Championship in Tulsa, Oklahoma, he was “ready to get married” and “waiting for that party,” but that he was “pissed off” after missing the cut at the Masters.

“I feel like I’ve been playing a lot better than maybe the results,” the four-time major winner said. “I feel like it’s been really close. Maybe the scores haven’t reflected it, but it’s only a matter of time.” — Paolo Uggetti

Larry Fitzgerald in the house

Scott Stallings is from New England, so he knows his way around the area. The person introducing him on the first tee before Friday’s second round … not so much.

Stallings grew up 45 minutes from The Country Club. So while most people surrounding the first tee were waiting for McIlroy, who was in the following group, Stallings was going to get some love when he name was announced. That’s when things went sideways. Stallings was introduced as being from “War-chester,” Massachusetts. He’s from Worcester, which is pronounced “Wu-ster” or “Woo-stah.”

The fans behind the tee had some fun with that.

Stallings started the day at 4 over, which is right around the cut line. If he makes the weekend, maybe they’ll get his hometown right.

Who is MJ Daffue?

An early leader of the 122nd U.S. Open, on Friday, has 822 (and counting) followers on Twitter as of Friday morning. Two years ago, he made $5,750 on the All Pro Tour. He is also a volunteer assistant coach at Houston. But after making the turn at 6 under on Friday, MJ Daffue (pronounced “Duffey”) held a brief lead over the likes of Rory McIlroy, Matt Fitzpatrick and three others. Daffue, 33, was born in South Africa and played at Lamar University in Beaumont, Texas. He has already earned his PGA Tour card for 2022-23 through his good play on the Korn Ferry Tour, where he is fourth in The 25. He qualified for his first major championship by sharing medalist honors at a qualifier in Springfield, Ohio, and is making the most of it so far. — Schlabach

With four birdies and a bogey over his opening nine, MJ Daffue leads by three shots early in Round 2 of the #USOpen.pic.twitter.com/5UC6t0zSWe

NEW LEADER@mjdaffue13 (-5) is rolling the rock early at The Country Club! #USOpen pic.twitter.com/ysokKKuUBm

Hands in the air for dad being solo 1st @usopengolf!@mjdaffue13 leads by 2-strokes. pic.twitter.com/ngvUVQeaYK

Daffue later made a mess of the par-5 14th hole Friday. Somehow, he yanked his tee shot onto a raised walkway near the hospitality area on the left. He had tents, spectators and an oak tree to his left and a temporary fence to his right. After his caddie, Cougars golf coach Jonathan Dismuke, handed him a hybrid, Daffue hit his ball off artificial turf-like carpet. Remarkably, his ball landed in the deep rough above the green. He didn’t get his third shot out, however, then chipped past the pin about 7 feet. He two-putted from there for a bogey, which dropped him to 4 under. — Schlabach

Making it look easy from DEEP 👀 @BKoepka is off to a fast start @USOpenGolf. pic.twitter.com/6VDPNYaEpY

Long birdie putts are all the rage this morning at The Country Club!@JustinThomas34 (+1) decided to get in on the act. #USOpen pic.twitter.com/13qNA4itrf

The U.S. Open likes to say it is the toughest test in golf. High rough often leads to high scores. Enter PGA champion Justin Thomas at the 10th hole, where he started his second round Friday.

According to shot data provided by the USGA, that one went, oh, 5 feet. Thomas went on to make an opening double-bogey. He followed that with a bogey at the 11th and another at the 14th.