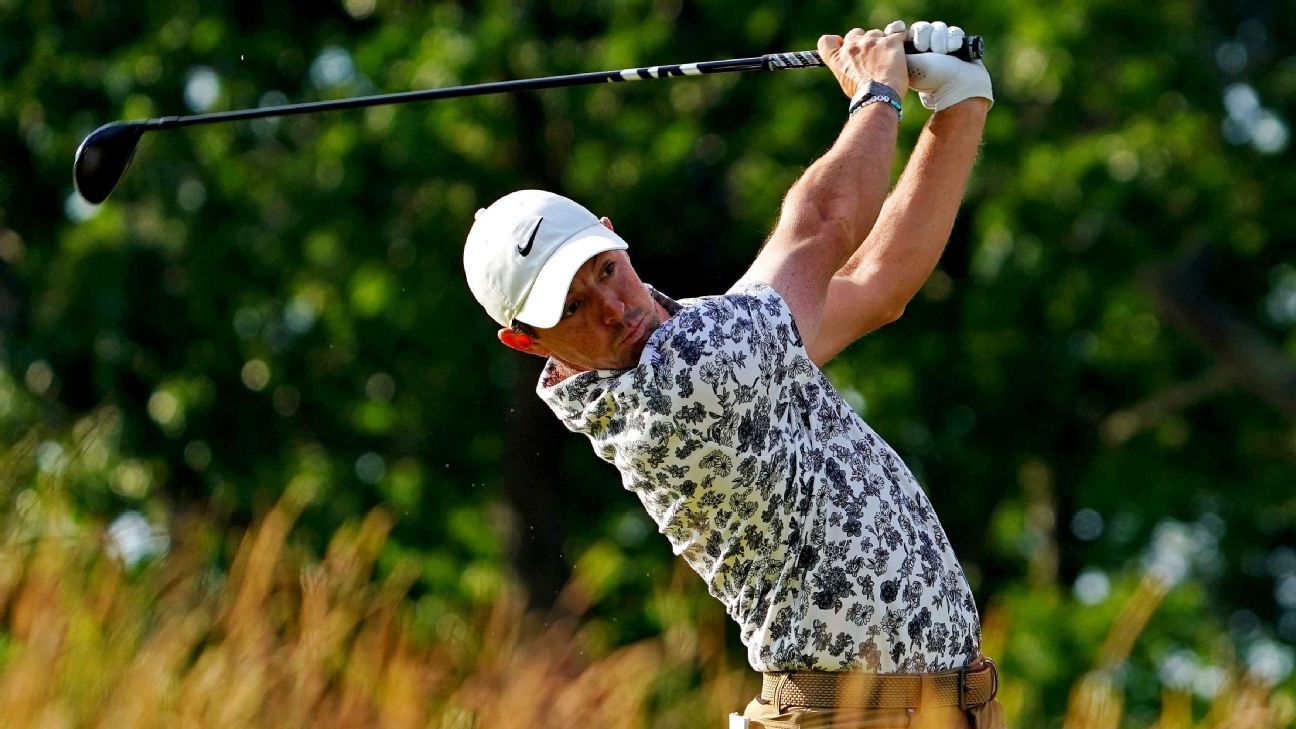 BROOKLINE, Mass. — Perhaps the talk of LIV Golf vs. the PGA Tour will subside for a few days, with the start of the U.S. Open at The Country Club officially here. Or, at least, it will stall until 1:47 p.m., when Phil Mickelson arrives on the first tee. Mickelson, the face of LIV Golf, is still searching for that one missing piece of his Grand Slam résumé — a U.S. Open win.

While most eyes will be on Mickelson — and how he is received by the fans at this venue just outside Boston — there are plenty of other things to keep an eye on for the year’s third major.

We have you covered.

Rory’s off to a good start

Rory McIlroy is off to a good start with a bogey-free, 2 -under 33 on the back nine, his first nine holes, in the first round. He is attempting to win a major the week after winning a PGA Tour event — the RBC Canadian Open last week. The last player to do it? McIlroy. He won the 2014 PGA Championship the week after winning the WGC-Bridgestone. No player has ever won the U.S. Open after winning on the PGA Tour the previous week. The closest to do it was Arnold Palmer, who tied for second in 1963, according to ESPN Stats & Information.

With the crowd already four and five deep around the 18th green, McIlroy got a light Thursday roar as he drained a 16-foot birdie putt to move to one stroke off the early lead. The 2011 U.S. Open champion started on the 10th tee early Thursday morning and is coming off a thrilling win at the RBC Heritage last week as well as two top-10 finishes in this year’s two majors. — Mark Schlabach and Paolo Uggetti

Golf can be cruel

Golf is hard — even for the best players in the world. Chances are that most players are going to catch a bad break at this week’s U.S. Open, which is considered the most difficult test in golf.

McIlroy found that out on the par-4 fifth hole at The Country Club on Thursday. After he pushed his tee shot right, his ball ended up in the thick grass above a bunker. His feet were well below the ball, so he managed to knock it only about 10 yards — into another fairway bunker. He slammed his club wildly twice into the sand.

Remarkably, McIlroy was able to get up and down out of the sand to save par. — Schlabach

A man on a mission. @McIlroyRory saves par at the 5th. #USOpen pic.twitter.com/6SMjcYqGnD

This is Matt McCarty‘s birdie attempt at the fifth hole. Thought the blocked shots in the Boston area were coming later on Thursday.

Adam Scott, the 2013 Masters champion, had this shot that netted just three yards. He did, however, save par on the hole.

The Country Club is no joke 😳 pic.twitter.com/v1DZX6e8lI

LIV Golf made sure to get the message out that although this is not its event, its guys are still here.

Reigning champion Jon Rahm is one of the golfers out early, along with Max Homa, former Masters and U.S. Open champion Jordan Spieth, and two-time major winner Collin Morikawa.

There are birdies to be had today on No. 6.@maxhoma23 (-1) is the latest to find one. #USOpen pic.twitter.com/P1phSsip4E

Use the wind to fade it. Make the putt. Simple game 😁

Back-to-back birdies for @JonRahmpga to get into red figures. #USOpen pic.twitter.com/bvMv8siUG0

There’s more than golf going on around here

Sure, the fans in New England are here to see golf. But forgive them if they are a bit distracted. Something else is on their minds — about 7.2 miles down the road.

The Boston Celtics are hoping to keep their NBA title hopes alive Thursday in Game 6 against the Golden State Warriors. (9 p.m. ET on ABC). The Celtics are down 3-2 in the series.