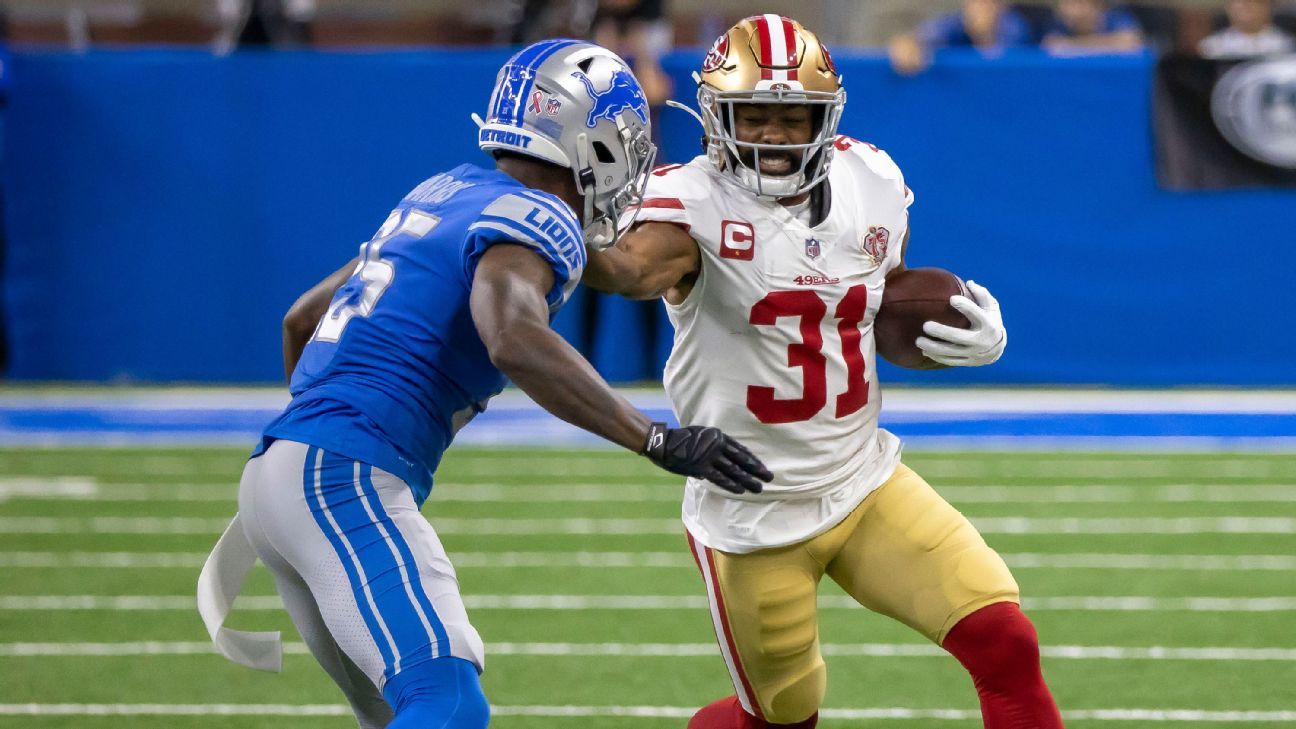 San Francisco 49ers running back Raheem Mostert is headed to injured reserve and expected to miss eight weeks with chipped cartilage in his knee, and cornerback Jason Verrett is out for the rest of the season with a torn ACL, coach Kyle Shanahan said Monday.

Shanahan had said Sunday after his team’s 41-33 victory over the Detroit Lions that the team feared Verrett had torn his ACL. Testing confirmed the injury.

Shanahan said Sunday that cornerback Emmanuel Moseley, who did not play Sunday because of a knee injury, and Josh Norman, who was inactive against the Lions after signing last week, could be ready to play in Week 2.

Verrett has a history with injuries. During a four-season span (2016 to 2018 with the Chargers, and 2019 with the Niners), he played just six games. He had a torn left ACL in 2016, persistent knee issues the following season and a torn right Achilles in 2018.

Mostert carried twice for 20 yards on San Francisco’s second possession but headed to the sideline soon after a 9-yard gain on the second play of the series. Rookie running back Elijah Mitchell stepped in for Mostert after the injury.

Mostert has struggled with injuries in his career, playing in eight games last year as a knee sprain and a high ankle sprain cost him two and six games, respectively. With Mostert out, Mitchell posted 104 yards on 19 carries with a 38-yard touchdown run. Mitchell’s 104 rushing yards are the most by a 49ers player in his career debut, surpassing Ricky Watters (100 in 1992), according to ESPN Stats & Information.