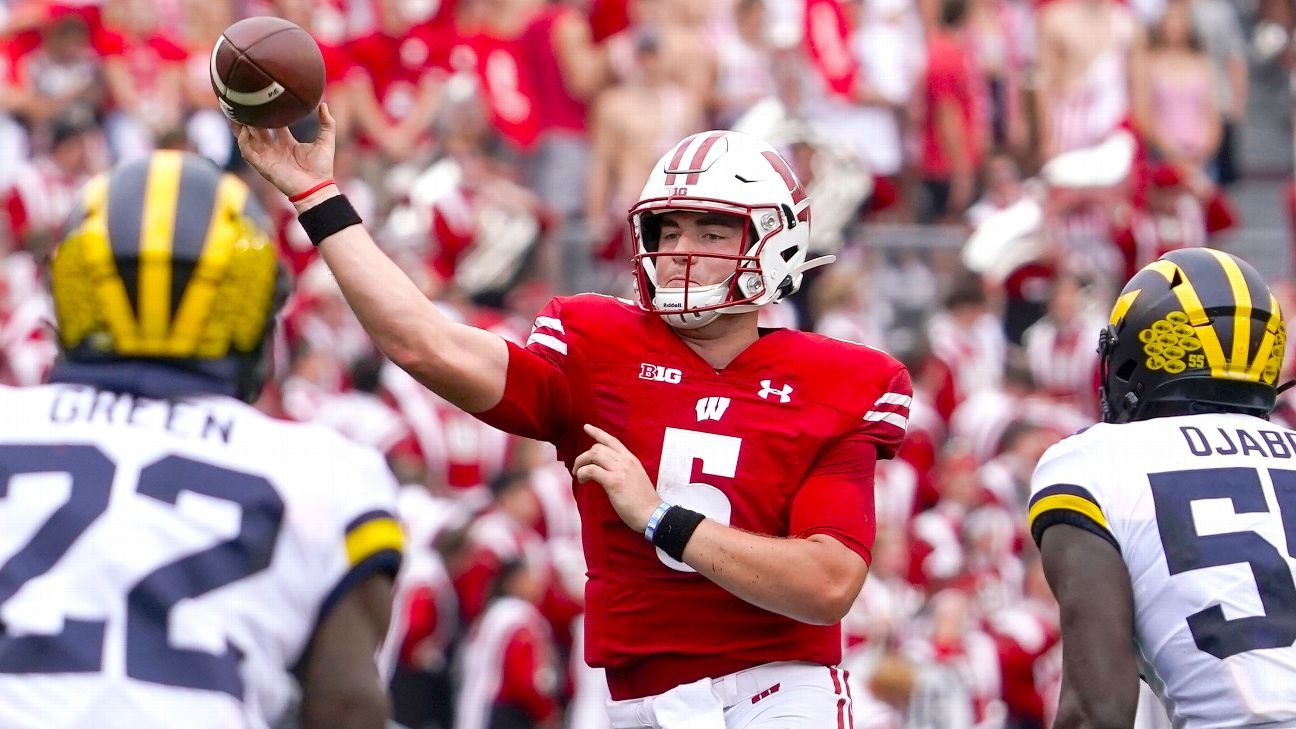 MADISON, Wis. — Wisconsin quarterback Graham Mertz left Saturday’s 38-17 loss to No. 14 Michigan after he was sacked early in the third quarter.

Michigan’s Daxton Hill sacked Mertz on a third-and-9 play in the first series of the third quarter. Mertz was on the ground for a couple of minutes before heading to the sideline, entering the medical tent and going to the locker room.

After being ranked 12th to start the season, the Badgers have dropped three of four games and have lost eight straight games against ranked teams.

Wisconsin starting center Joe Tippmann also missed Saturday’s loss after he was poked in the eye during warm-ups.