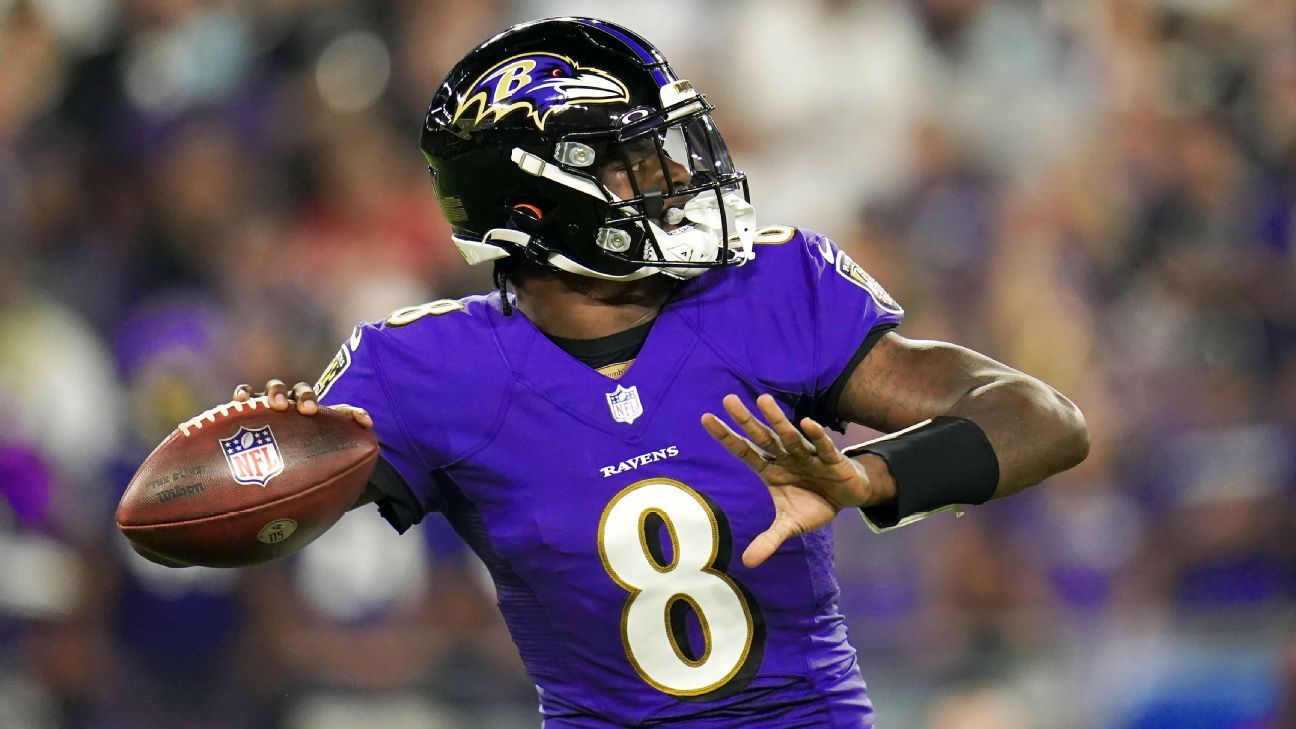 BALTIMORE – The Baltimore Ravens responded to Lamar Jackson‘s pick-six in the strangest of ways.

Ravens running back Ty’Son Williams looked like he was about to tie the game on a nine-yard run before getting hit by Chiefs cornerback Mike Hughes at the goal line. The ball popped in the air and landed in the hands of Baltimore wide receiver Devin Duvernay, who dove into the end zone.

This was Duvernay’s first career NFL touchdown from scrimmage but not his first score against Kansas City. Last year, he returned a kickoff 93 yards for a touchdown against the Chiefs.

This wild touchdown tied the game at 7-7 just 4 1/2 minutes into the game and settled down Baltimore after a shaky start.

On Jackson’s second pass attempt of the game, he was intercepted by Chiefs safety Tyrann Mathieu, who returned the pick 32 yards for a touchdown.

Tune in now on NBC! pic.twitter.com/9y6yZ80ecC

🚨 THE HONEY BADGER IS BACK 🚨