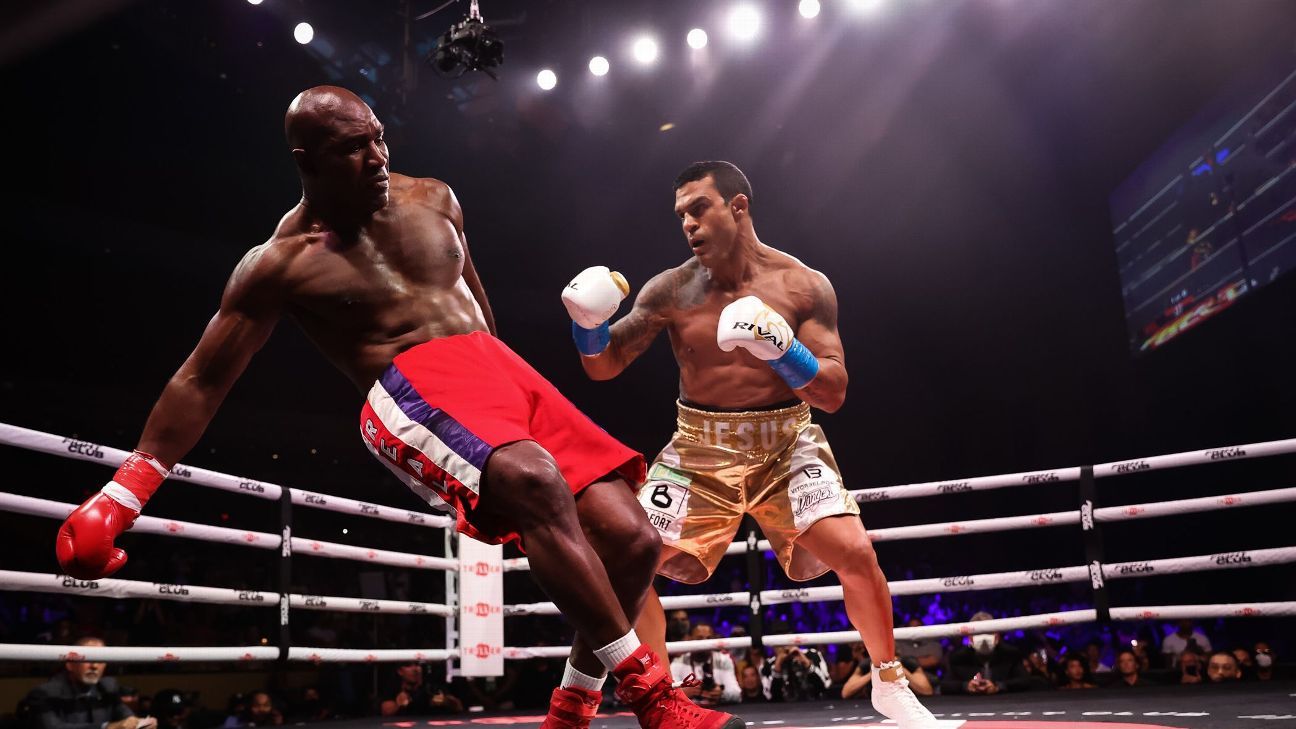 HOLLYWOOD, Fla. — Evander Holyfield, months shy of his 59th birthday, was stopped on his feet by former UFC champion Vitor Belfort in the opening round on Saturday night at the Hard Rock Hotel & Casino.

Belfort, 44, swarmed Holyfield from the opening bell and never let up in Triller Fight Club main event, as former President Donald Trump watched on from the commentary booth. Holyfield, the former heavyweight champion and one of boxing’s all-time greats, showed no resistance in his first fight since 2011.

A flurry of punches sent Holyfield to the canvas, and after he beat the count, Belfort let his hands go until the ref wisely stopped it, saving Holyfield from further punishment.

Belfort, who was boxing for just the second time after an illustrious MMA career, took the opportunity to set up what he hopes is his next fight.

“Hey, Jake Paul, stop running from me,” Belfort said, referring to the YouTube-star-turned-boxer. “You can be my son. I’m going to put you in my lap. You’re going to sleep like a baby.”