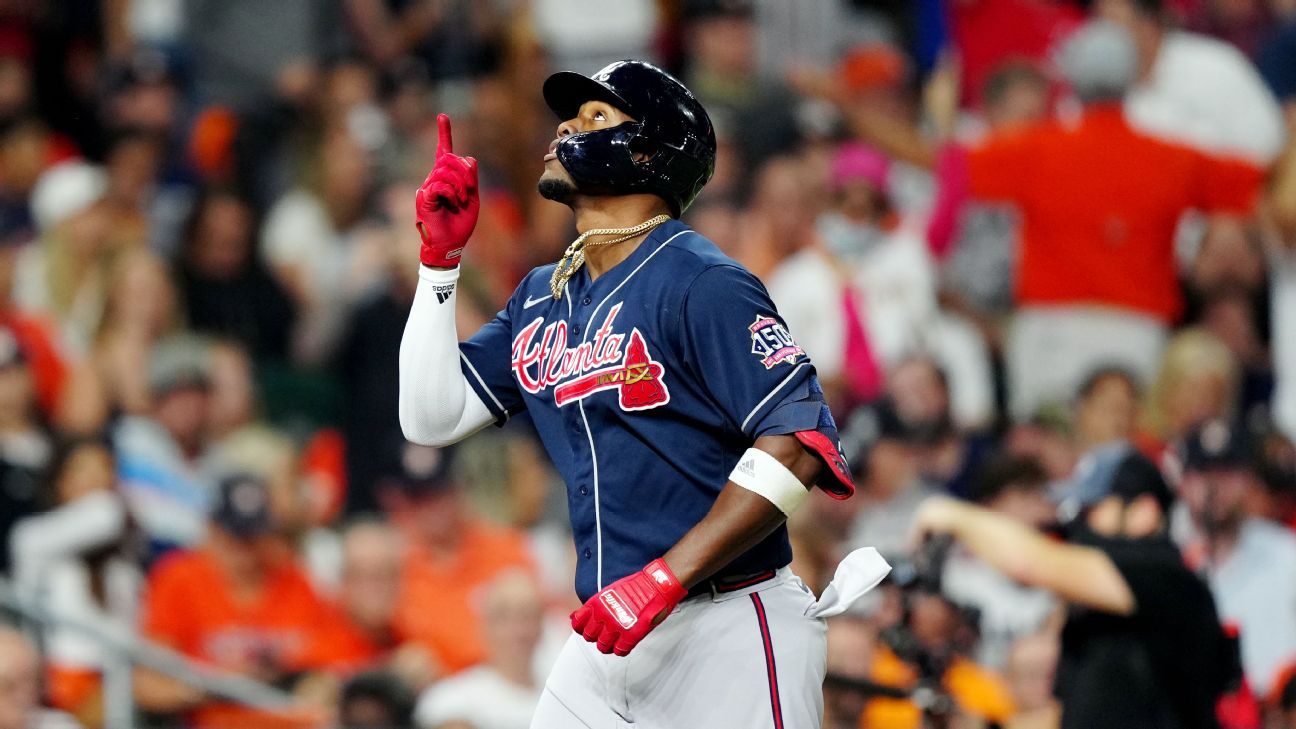 In Game 1 of the 2021 World Series, the Atlanta Braves and Houston Astros saw a little bit of everything.

Designated hitter Jorge Soler became the first player to lead off the top of the first inning with a home run. Adam Duvall helped his team stay hot in the third with a two-run shot that extended the Braves lead to 5-0.

The game’s biggest storyline happened in the bottom of the third when Atlanta’s Charlie Morton threw 16 pitches, including a 96 mph fastball and 80 mph curveball, to strike out Jose Altuve, before exiting with a fractured fibula.

Both squads depended on their bullpens early as Morton and Framber Valdez were out of the game by the fourth inning, but the Braves’ early offensive explosion allowed them to come out on top 6-2 in the Fall Classic opener.

José Urquidy will take the mound as the Astros look to bounce back in Game 2 and Braves lefty Max Fried will hope to continue Atlanta’s hot streak.

Joc Pederson will be rocking his signature pearls for Wednesday night’s contest and Atlanta Falcons quarterback Matt Ryan is backing the Braves.

rock what you want 😤 pic.twitter.com/0ssnBkZGr8

“This team’s been so easy to root for with the way they battled throughout the year.”@M_Ryan02 is a big supporter of the @Braves! pic.twitter.com/37ACIVtwB8

Meanwhile, the Astros are looking for a win at home before the series heads to Atlanta.

Show up early, be loud and wear orange! 🤘#ForTheH pic.twitter.com/4mIWAmXgQb