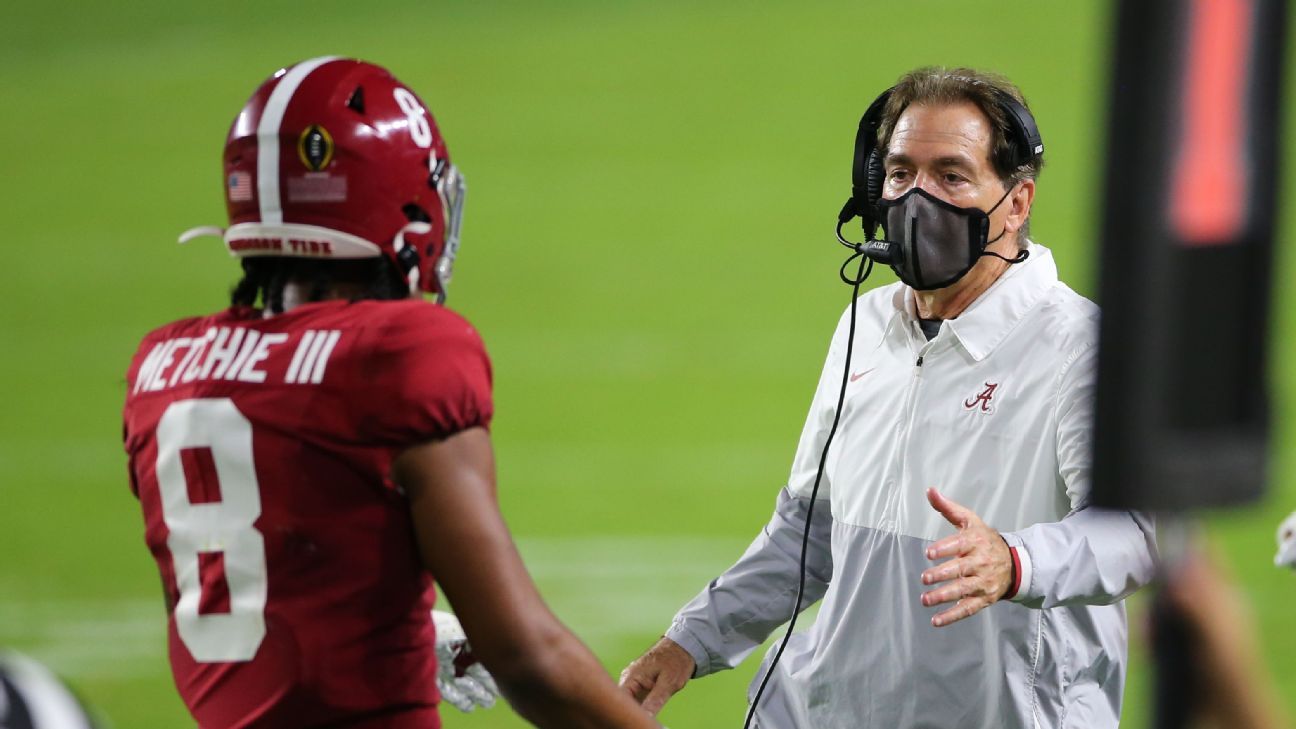 Alabama is once again the consensus favorite to win the national championship at U.S. sportsbooks, and bettors are flocking to back the Crimson Tide.

Alabama is the national-title favorite at +260 at Caesars Sportsbook, followed by Clemson (+400) and Ohio State (+600). Georgia and Oklahoma, which are each +750, round out the teams with single-digit odds to win this season’s College Football Playoff.

Alabama has been among the top three preseason national championship favorites at sportsbooks for the last 11 years and has been the outright favorite at one point in every regular season since 2009, according to SportsOddsHistory.com.

The Crimson Tide kick off their season Saturday against Miami in Atlanta. Alabama is a growing 19.5-point favorite over the Hurricanes. Barring dramatic line movement, the Crimson Tide will be favored in a record 81st consecutive game and 153 out of the last 154, dating back to 2009. The last time Alabama kicked off as an underdog was at Georgia in 2015. The Crimson Tide won that game against the Bulldogs 38-10.

Texas A&M, Iowa State and LSU, each at 40-1, top the next tier of teams below the national championship favorites at Caesars Sportsbook. Texas, Florida, USC and Notre Dame are each 50-1.

Oklahoma quarterback Spencer Rattler is the consensus favorite at 6-1 to win the Heisman Trophy at sportsbooks.