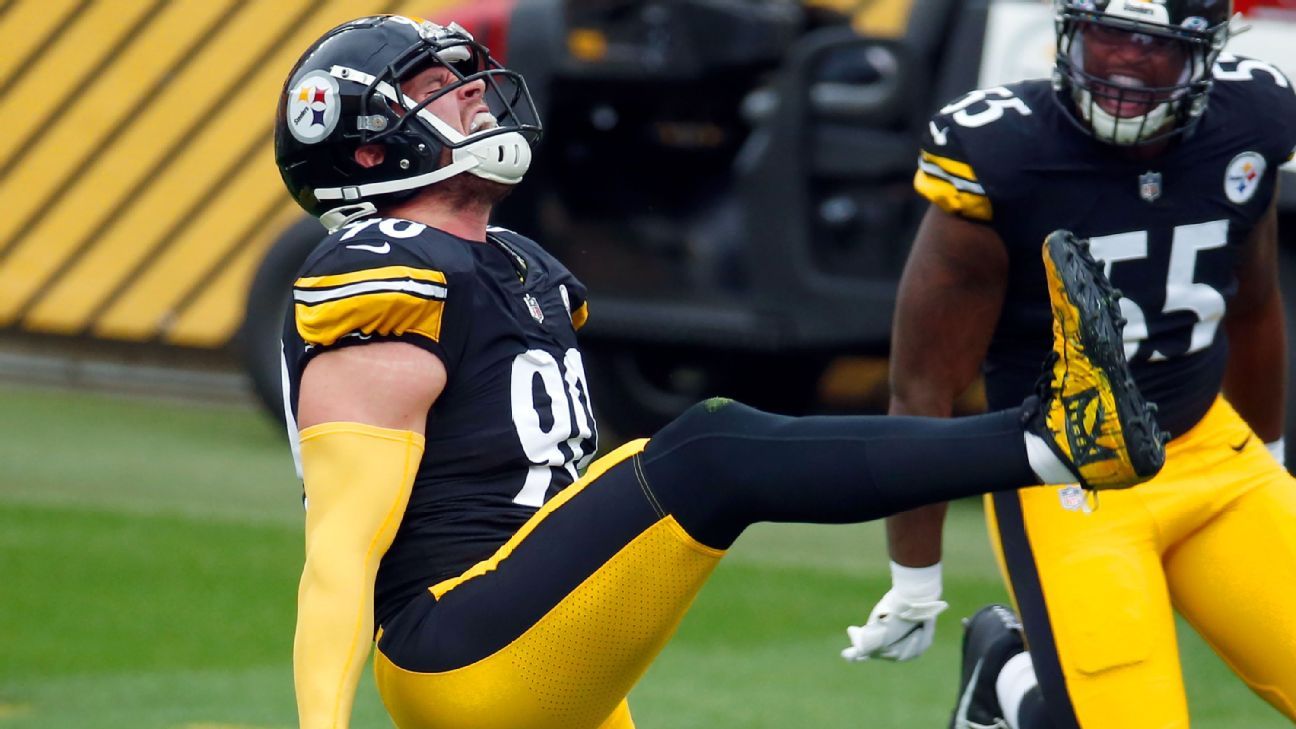 “I think T.J. should get whatever the heck he wants,” Roethlisberger said. “He’s arguably the best football player in the game right now, not just on defense, just in general.

“One of the reasons I took less money was for guys like him to get paid and he needs to get paid. He deserves every penny that he wants and asks for. T.J. Watt is that guy that should get whatever he wants.”

Roethlisberger, 39, willingly reduced his salary by $5 million when he signed a new contract in March that freed up about $15 million in cap space for the 2021 season.

Watt, who led the league with 15 sacks in 2020 to give him 49.5 sacks over his first four seasons, was the runner-up for NFL Defensive Player of the Year in each of the last two seasons.

Roethlisberger has been through four contract extensions and three restructures since he was drafted in 2004. The Steelers have traditionally only guaranteed signing bonuses in new deals, essentially guaranteeing only the first year. After that, though, the organization typically restructures deals to give players more guaranteed money and security that way, rather than incurring the costs up front.

Watt, who is in line to become the NFL’s highest-paid defensive player, is likely seeking to buck the trend with more up-front guarantees.

“The problem is, when you negotiate a new contract, it’s two-sided,” Roethlisberger said. “When the bosses and higher ups are in charge, there’s only so much you can do.

“So we all feel bad for T.J. Everyone knows how bad he wants to be out there. He was here every single day and he didn’t need to be, working, busting his butt. He should get taken care of.”

Watt has attended every training camp practice and was at Monday’s practice. He’s participated only in individual drills and worked off to the side during the team period, just as he did all preseason.

Coach Mike Tomlin on Tuesday said he anticipated Watt to fully participate Wednesday, and he expressed optimism that a deal would get done soon.

Tomlin also added that he wasn’t worried about the lack of practice time affecting Watt’s availability for Sunday’s season opener in Buffalo.

Roethlisberger, who has been through the negotiating process multiple times with the Steelers, said he’s talked with Watt throughout the process. “There’s a lot of young guys who don’t understand the process because they haven’t been through it,” Roethlisberger said. “That’s why I think I’m able to speak with T.J. a little bit and talk to him. But the feeling in the room is that we all know how great he is and what he deserves.”