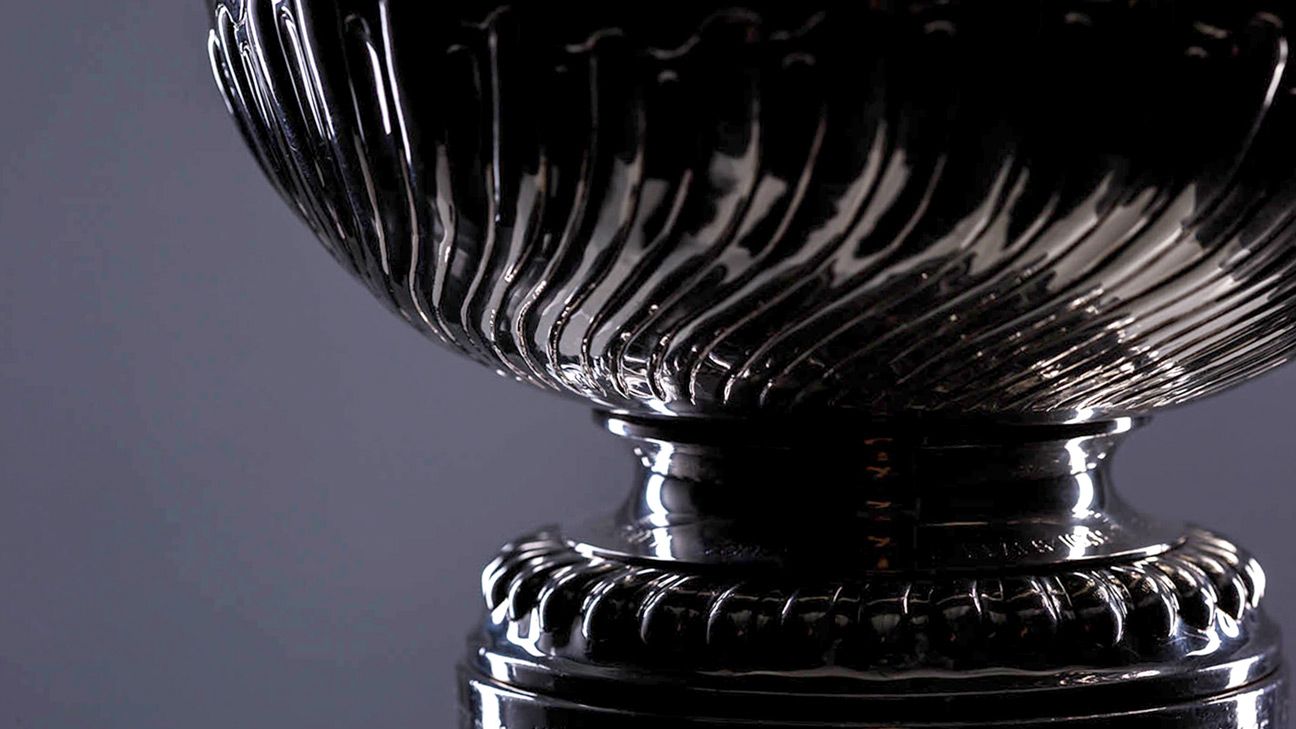 Chicago Blackhawks owner Rocky Wirtz wrote a letter to the Hockey Hall of Fame asking for the name of former video coach Brad Aldrich to be removed from the Stanley Cup.

In the letter, obtained by ESPN, Wirtz asks the Hall to “consider x-ing out” Aldrich’s name because “while nothing can undo what he did, leaving his name on the most prestigious trophy in sports seems wrong.”

Wirtz asked “out of respect to each and every player who sacrificed to earn their place in history” that the Blackhawks would like the name removed, as it is the franchise’s “moral belief” that a convicted sex offender does not belong on the Stanley Cup.

Aldrich, who was with the team during its run to the Stanley Cup in 2010, sexually assaulted former player Kyle Beach during that run, according to an investigative report released by the team this week. The report, which looked into the organization’s mishandling of the case, found that senior leaders on the Blackhawks did not immediately act when they learned of the allegations and allowed Aldrich to resign instead of partaking in an investigation.

The scandal has had far-reaching fallout already. Stan Bowman resigned from his post as Blackhawks general manager and president of hockey ops, while Joel Quenneville, Chicago’s coach in 2010, resigned as head coach of the Florida Panthers on Thursday.

“Names have been engraved and then changed for years,” Wirtz wrote in the letter, which is addressed to Lanny McDonald, the chairman of the Hockey Hall of Fame. “Taking a stand on the unforgivable behavior of Aldrich should include erasing his name from the Cup.”

In the letter to McDonald, Wirtz cites precedent of removing names from the Stanley Cup stemming from a case involving former Edmonton Oilers owner Peter Pocklington.

“The name ‘Basil Pocklington’ is stamped over on the 1983-84 Stanley Cup,” Wirtz wrote. “The owner of the Oilers, as you are aware, put his father’s name onto the trophy list, even though his father had nothing to do with the team or its victory. The NHL demanded the name be notably X’d out. That decision, among others, reflects the Cup’s storied history of engraving mistakes and errors that have ended up enshrined in silver, or been corrected after the fact.”