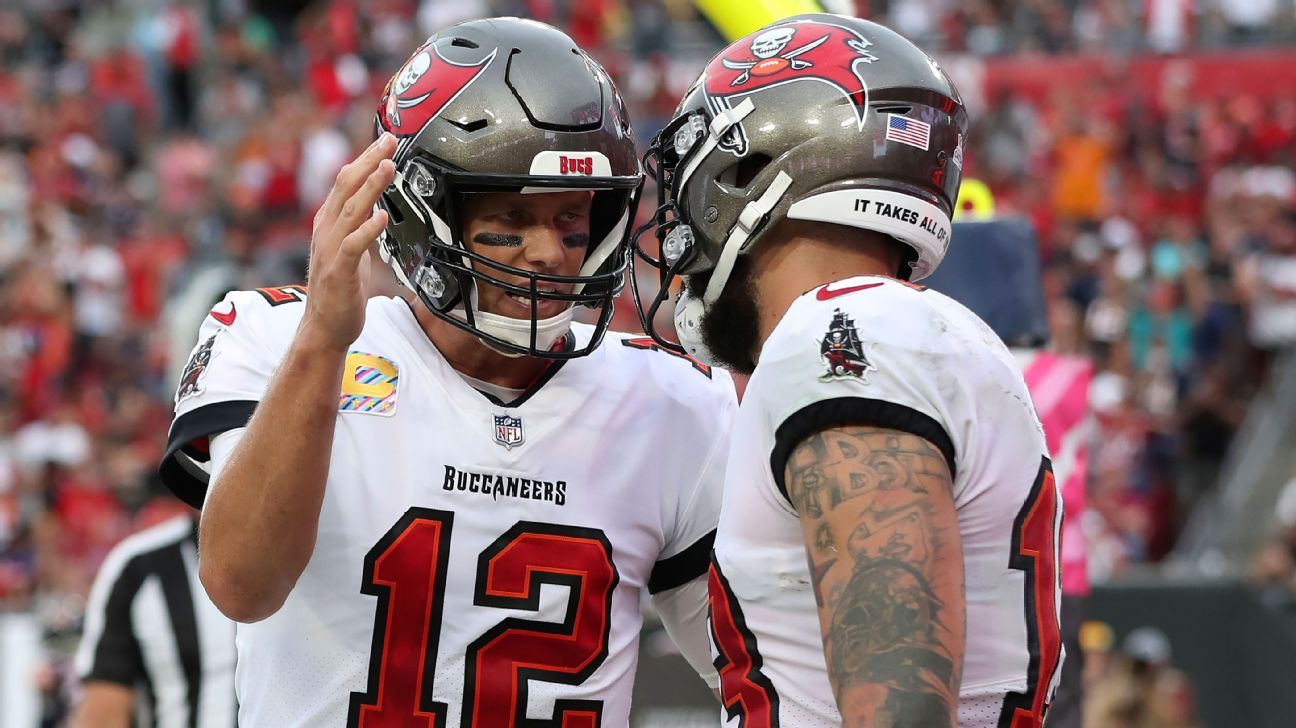 It happened with 10 seconds left in the first quarter on a 9-yard touchdown strike to wide receiver Mike Evans. The Buccaneers had the ball after outside linebacker Shaq Barrett forced a fumble from Chicago Bears rookie quarterback Justin Fields that was recovered by defensive tackle Vita Vea.

Brady was greeted with a giant hug from coach Bruce Arians after the play.

Evans threw the ball to a fan in the stands before realizing the significance of the record, but a Bucs official was able to retrieve the ball, giving the fan a different one. Evans was also on the receiving end of Brady’s record-setting pass in Foxborough that gave him the most passing yards in NFL history in Week 4.

Heading into Sunday’s game, Brady needed two touchdowns to reach the milestone. His first touchdown of the game came on a 4-yard touchdown throw to Chris Godwin. The Bucs also scored on a 2-yard touchdown run by Leonard Fournette.

Brady already held the NFL record for most touchdown passes. The next closest: Drew Brees with 571.

Brady threw two more touchdowns in Sunday’s game, both also to Evans for 2 yards and 8 yards, respectively, in the second quarter. He was replaced by Blaine Gabbert midway through the fourth quarter and finished his day 20-of-36 for 211 yards and the four touchdown passes.

The Buccaneers routed the Bears 38-3 to improve their record to 6-1, the best start in franchise history.