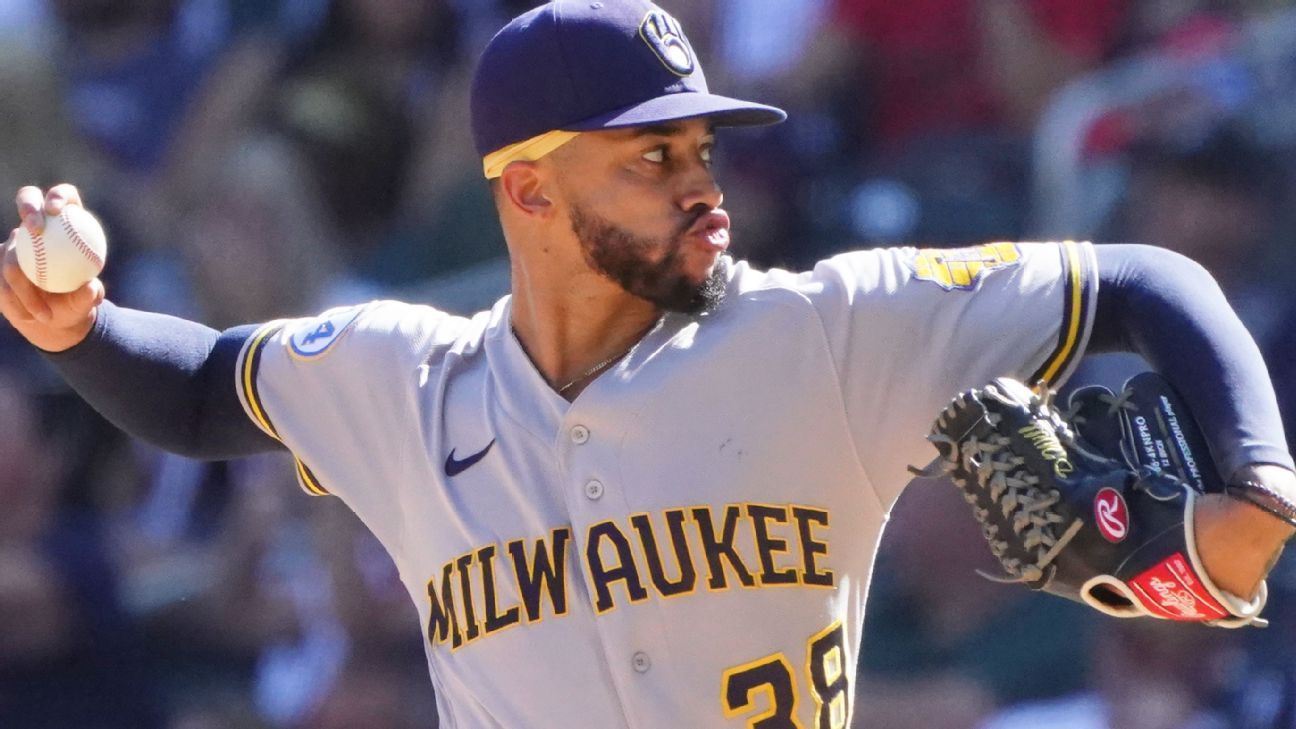 The Milwaukee Brewers will likely be without top setup reliever Devin Williams for the playoffs after the right-hander broke his pitching hand after punching a wall after having a few drinks following Sunday’s game that clinched the National League Central division title for the Brewers.

President of baseball operations David Stearns told reporters Williams will undergo surgery to put a plate in his hand to repair the fracture and that the injury will likely “keep him out for the remainder of the season.”

Williams told local reporters that after the team celebration, “I went out to have a few drinks and (at) my home I was a little frustrated, upset, and I punched a wall. That’s how it happened.”

Williams, last year’s NL Rookie of the Year, is 8-2 with a 2.50 ERA and 87 strikeouts in 54 innings. Setting up Josh Hader, he’s helped give the Brewers perhaps the best late-game combination in the majors. The Brewers are 70-4 when leading after seven innings.

“I’m pretty upset with myself. There’s no one to blame but me,” Williams added. “I feel like I’ve let the team down, the coaching staff, the fans, everyone. I know how big a role that I play on this team and there’s a lot of people counting on me.”

Williams, who had been sidelined with a calf injury, returned on Sunday to pitch a scoreless eighth inning in the Brewers’ 8-4 victory over the Mets, retiring all three batters he faced. He actually suited up for Tuesday’s game against the Cardinals, before finally alerting the team’s medical staff about the hand injury after he was unable to throw.

The Brewers are in the postseason for the fourth straight season. They lost in the NLCS to the Dodgers in 2018, lost the wild-card game to the Nationals in 2019, and were swept in the first round by the Dodgers last season.

Their bullpen is fairly deep and ranks eighth overall in the majors in ERA, but manager Craig Counsell will have to make some adjustments heading into the postseason. Hader hasn’t pitched more than one inning any outing this season, so Counsell will look to get longer outings from him. Veterans Brad Boxberger (3.41 ERA) and Brent Suter (3.04) are next in line for set-up duties.