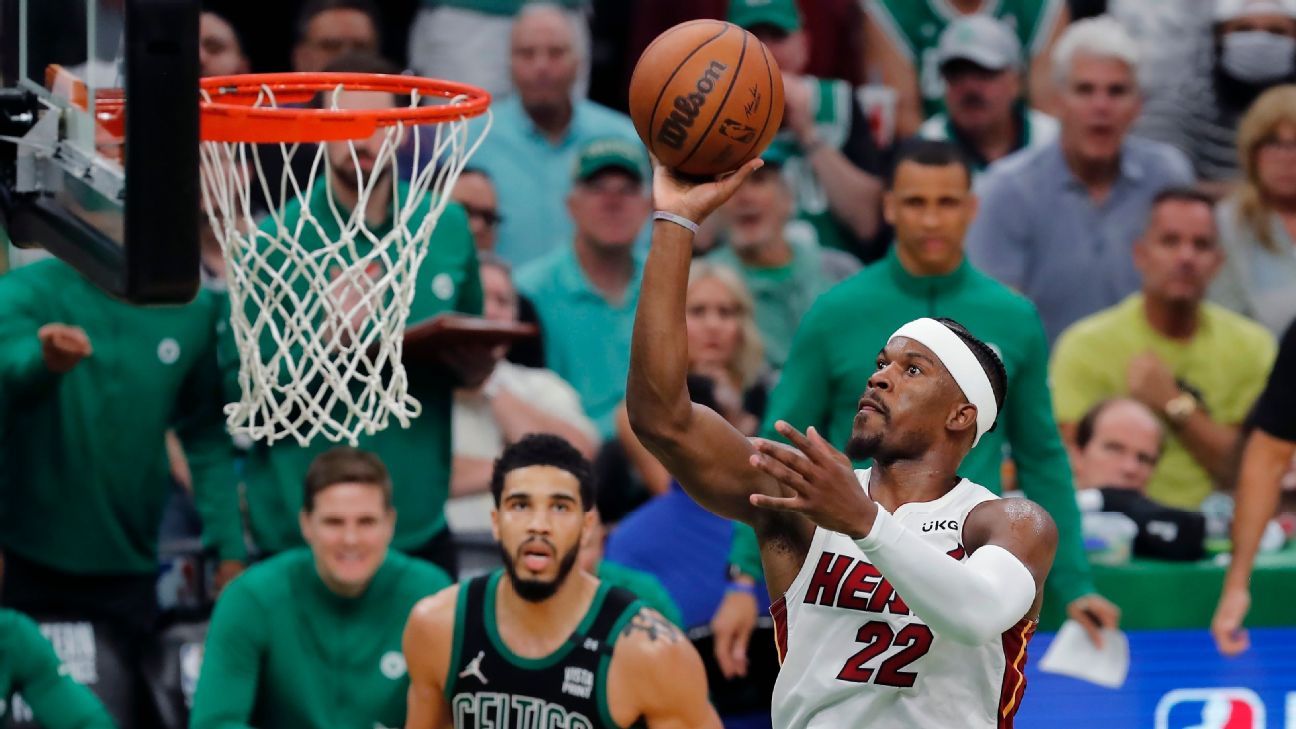 BOSTON — Jimmy Butler and the Miami Heat knew that most of the basketball world had already counted them out long before Game 6 of the Eastern Conference finals against the Boston Celtics even began on Friday night.

The Heat were mentally drained after a long, hard-fought series — and dealing with a slew of different injuries. Tyler Herro was out with a groin strain, Kyle Lowry, P.J. Tucker and Max Strus were just a handful of Heat players dealing with nagging injuries, and then there was Butler — who has been dealing with right knee soreness off and on throughout the playoffs, but has been noticeably hampered since re-injuring the knee in Game 3.

Butler understood all the obstacles, he heard the doubts — and he still didn’t care, delivering one of the best performances of his career with 47 points and willing his team to an impressive 111-103 victory that forced a Game 7 on Sunday night.

“Jimmy just brought his competitive will tonight,” Heat coach Erik Spoelstra said. “It was a will that would not let us lose.”

In a career that has been defined by hard work and determination, Butler delivered another masterpiece when his team needed it the most. Aside from the 47 points, Butler also added nine rebounds, eight assists, four steals and a block in 46 minutes. He went 16-for-29 from the field, 11-for-11 from the free throw line and 4-for-8 from beyond the arc.

For his part, Butler took all the accolades in stride, just like he calmly delivered big play after big play every time it appeared the Celtics were ready to take control of the game. This is the type of performance he has come to expect from himself in the biggest moments — and it looked very similar to the games he put up in the 2020 NBA Bubble, when he delivered the Heat to within two games of an NBA championship.

After the game, Butler admitted that it was his friend — and Heat legend — Dwyane Wade who gave him the motivational assist prior to Game 6.

“He was telling me that I could do this,” Butler told ESPN’s Lisa Salters after the game. “Knee a little banged up, but nobody cares. Go out there, continue to build your legacy. It meant the world to me, so I appreciate you D-Wade.”

What also got the Heat going prior to the game was a comment made by Golden State Warriors forward Draymond Green, who proclaimed, “We’re gonna play Boston,” during an appearance on TNT’s Inside the NBA after his team eliminated the Dallas Mavericks on Thursday night to reach the NBA Finals.

“It’s funny,” Tucker explained a few minutes later in his postgame news conference. “We laughed. I thought it was funny because he knows better than anybody we still got to play the game. Got to play. There’s no guarantees of anybody winning in this league on a night-in and night-out basis …It’s kind of weird to be a player and pick another team. I don’t know.”

The Heat used all the different fuel they could to deliver the organization one of its most surprising wins in recent memory. And now that they pulled this win off, they have the confidence and belief that they’ll be the ones playing the Warriors in the NBA Finals if they can close out the Celtics in Game 7 on Sunday night.

As Spoelstra put it, “There’s no two better words in pro sports than ‘Game 7,'” — and the Heat feel like they have no better player to lead them into the game than Butler.

“I want our guys just to embrace this moment,” Spoelstra said. “Jimmy Butler is a great competitor; he really is. You can mis-define him in a lot of different ways, but his competitive will, is as high as anybody that has played this game. He put his fingerprints on this game.”