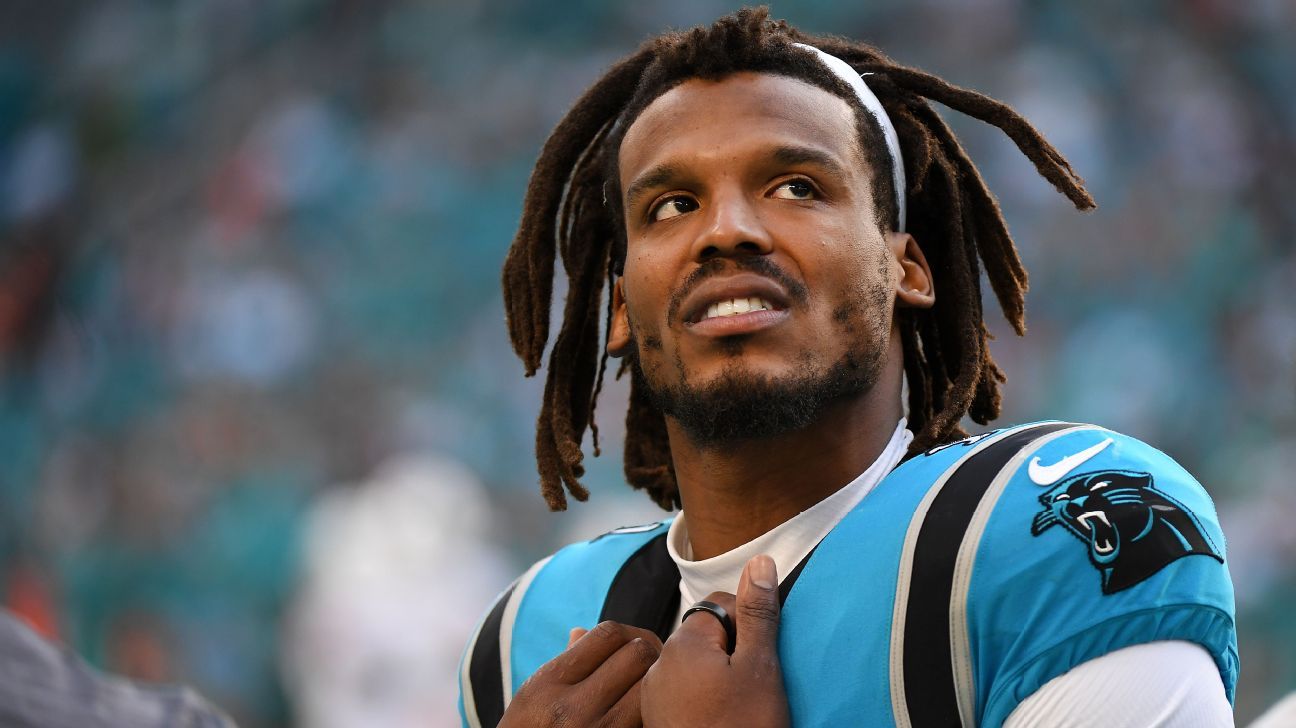 CHARLOTTE, N.C. — For the second time in his NFL career, 2015 league MVP Cam Newton is being scrutinized on social media for making a sexist comment regarding women.

The 32-year-old free-agent quarterback, in his most recent podcast released on Monday, complained about women who “can’t cook” and “don’t know when to be quiet.”

“Now a woman, for me, is handling your own but knowing how to cater to a man’s needs. Right?” Newton said on the podcast. “And I think a lot of times when you get that aesthetic of like, ‘I’m a boss b—-, I’m this, I’m that.’

In 2017, as the starting quarterback for the Carolina Panthers, Newton responded about how “funny” it was hearing a female reporter ask a question about a receiver running routes.

“It’s funny to hear a female talk about routes,” he said in response to a question from then-Charlotte Observer reporter Jourdan Rodrigue. “It’s funny.”

In a statement at the time, the league said, “The comments are just plain wrong and disrespectful to the exceptional female reporters and all journalists. They do not reflect the thinking of the league.”

Newton later apologized in a two-minute video without addressing Rodrigue by name.

“After careful thought, I understand that my word choice was extremely degrading and disrespectful to women,” he said at the time. “To be honest, that was not my intentions. And if you are a person who took offense to what I said, I sincerely apologize to you.”

The league did not immediately respond when asked for comments to Newton’s latest comments.

Newton spent his first nine NFL seasons with the Panthers after being selected with the top pick of the 2011 draft. He spent the 2020 season with the New England Patriots, but was cut at the end of the 2021 training camp.

He signed a one-year deal late last season with the Panthers and went 0-5 as the starter. He has not been signed by another team in free agency, but Carolina general manager Scott Fitterer and coach Matt Rhule recently left the door open for him to return. A team spokesperson declined to comment Tuesday.

“I love Cam Newton,” Rhule said at the NFL owners meeting in South Florida last month. “He’s an amazing leader. He’s an amazing football player. Everything we do has to be right for the organization, right for him.”