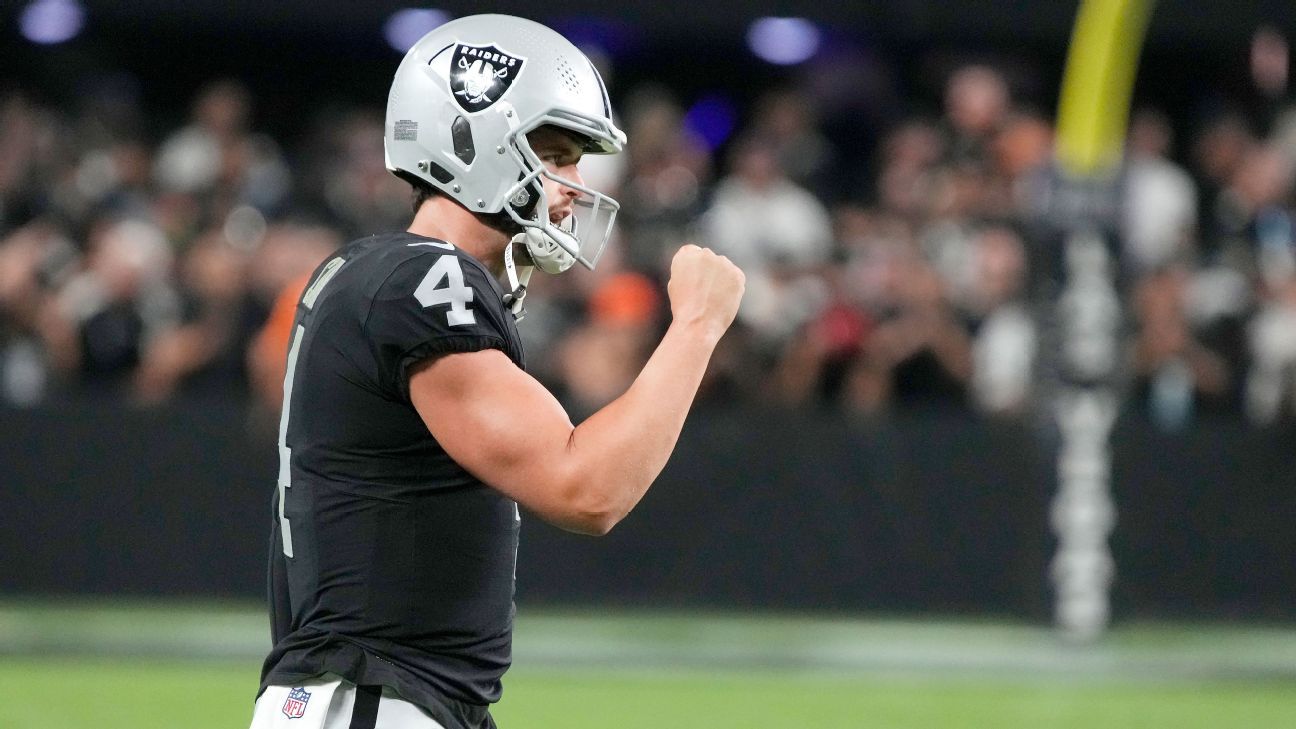 LAS VEGAS — As slow, clunky and as ugly as the Las Vegas Raiders offense was early Monday night, it was just as efficient late. And as terrible as their defense was last season, it did just enough against the Baltimore Ravens.

In front of a delirious Allegiant Stadium crowd of 61,756, and in the first regular-season NFL game in Las Vegas history, the Raiders came back from an early two-touchdown deficit to pull out a 33-27 win over the Ravens in overtime on ESPN’s Monday Night Football.

It was a wild OT period with the Raiders thinking they had won on a 33-yard pass from Derek Carr to Bryan Edwards, who was ruled to have been down inside the 1-yard line. The Raiders then failed to convert, with Carr being stuffed on a sneak, a false start penalty on first-round pick Alex Leatherwood at right tackle and Carr’s pass to Willie Snead IV bouncing off him into the end zone for an interception by Anthony Averett.

On the ensuing Ravens drive, Carl Nassib‘s strip-sack of Lamar Jackson and Darius Philon‘s recovery at the Ravens’ 27-yard line set up Carr’s game-winning 31-yard pass to Zay Jones with 3:38 remaining in the extra period.

Carr, after a slow start, finished with 435 yards passing in completing 34 of 56 attempts with 2 touchdowns and an interception. Raiders coach Jon Gruden did a victory lap, of sorts, slapping hands with fans in the reimagined Black Hole southern end zone.