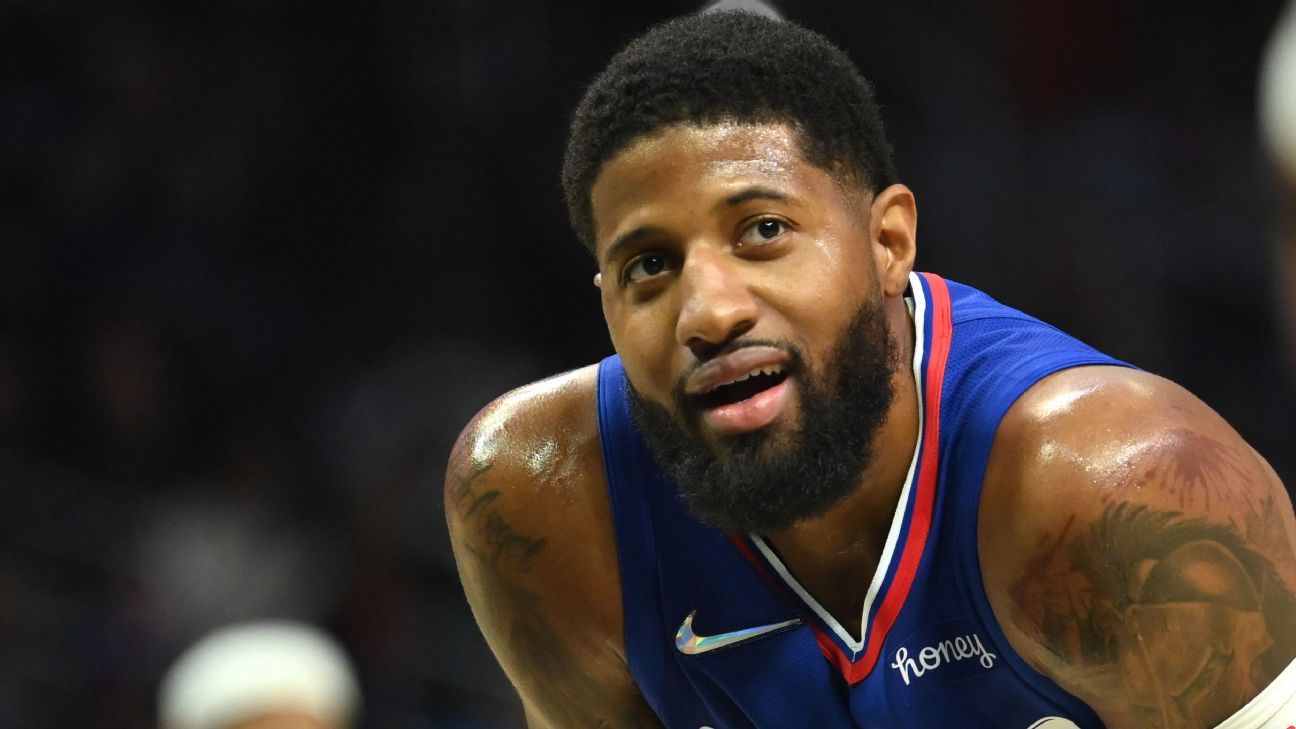 This is a significant blow to the Clippers, who lose their star guard — again — for the biggest game of the season as they try to clinch the No. 8 seed for the Western Conference playoffs.

Frank said George did not feel well on Thursday and his test results came back positive Friday morning.

“This is another challenge for our group,” Frank said at Friday’s team shootaround. “The group has dealt with challenges all year. We’ve had guys in and out of the lineup and dealt with overcoming large deficits and yet this group has always responded. A very resilient group. We have a great deal of faith and a talented and deep roster and have a great coach in Ty Lue.”

When asked if other Clippers players had to test and if George will be out for a certain period of time, Frank said the team is following the NBA’s lead when it comes to health and safety protocols.

“This is a challenge but it has just been a series of challenges and may be fitting that this is a situation where all those reps and experiences that the group has had, they have been in these moments many many times before this year.”

George missed 51 games earlier this season. He was out for three months with a torn ulnar collateral ligament in his right elbow. He returned for five regular season games, and the Clippers have won six of their last seven games with a healthy George in the lineup.

He averaged 24.3 points, 6.9 rebounds and 5.7 assists this season. He had 34 points, seven rebounds and five assists in the team’s 109-104 loss at Minnesota in the play-in game for the seventh spot on Tuesday.

The Clippers will once again be without both of their stars. Kawhi Leonard remains out as he rehabs a torn ACL and has not played a single minute this season. Frank said there is still no timetable for return for Leonard.