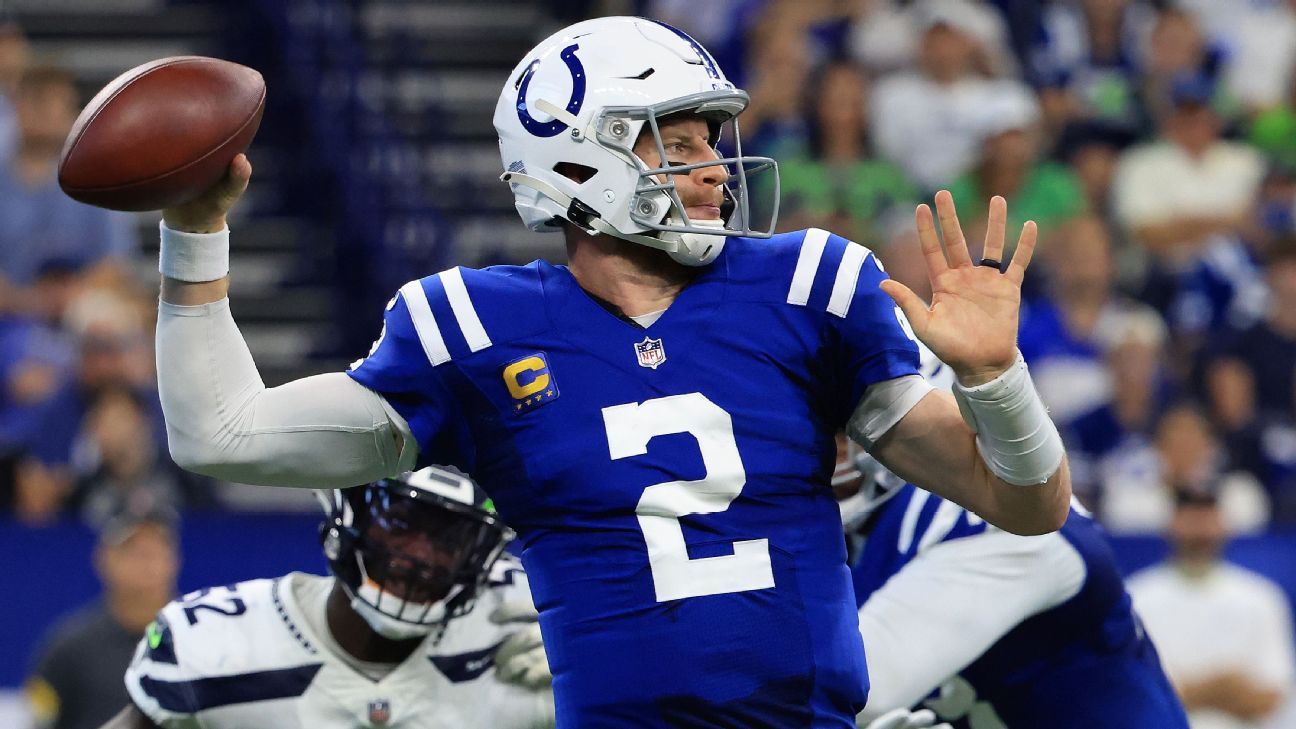 Wentz, whose status for this Sunday’s game vs. the Tennessee Titans has been up in the air, took the practice field with both ankles heavily taped.

The more severe sprain happened to his right ankle with less than eight minutes left in last week’s 27-24 loss to the Rams. He sprained his left ankle earlier in the game.

Wentz is 45-of-69 for 498 yards and three touchdowns with an interception through the first two games of the season, both losses. The most alarming stat with Wentz is that he has been sacked six times and hit an additional 21 times in those two games.

Wentz has played a full season only twice since entering the NFL as the No. 2 overall draft pick in 2016.

Second-year quarterback Jacob Eason will start against the Titans (1-1) if Wentz is inactive.