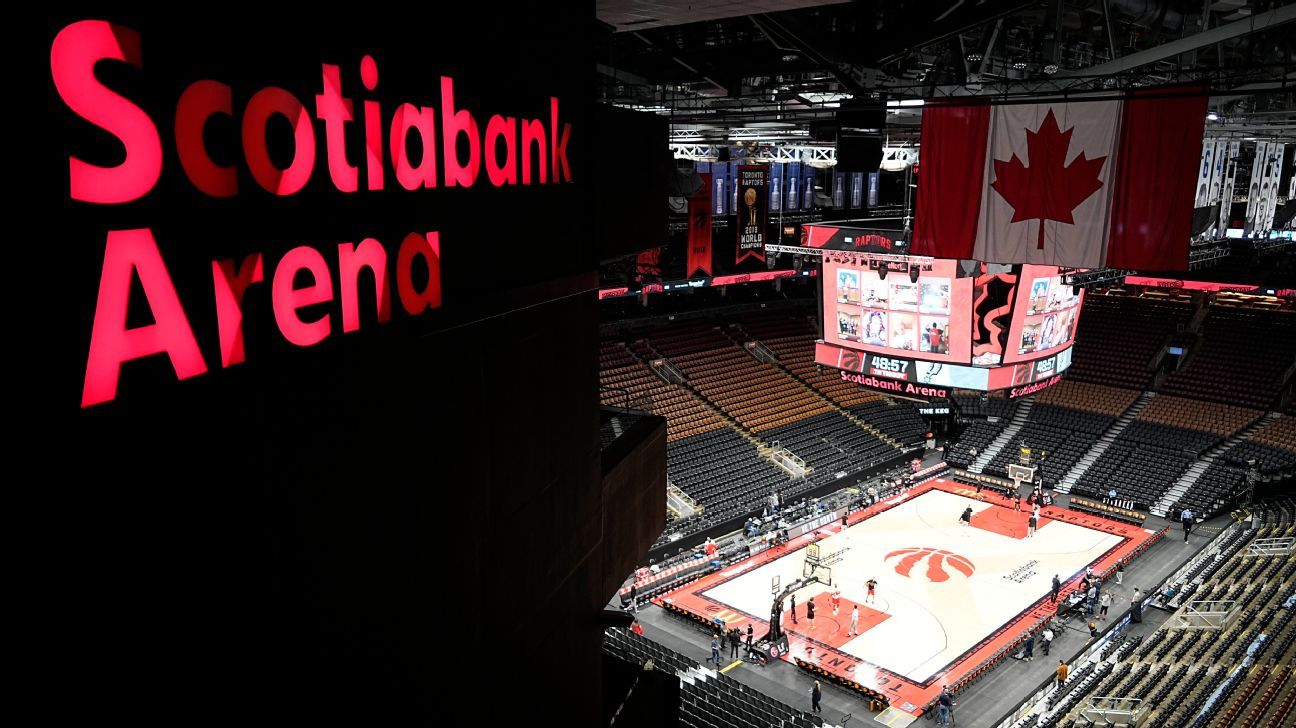 When asked directly within the past 24 hours if their teams are fully vaccinated, both the Boston Celtics and Philadelphia 76ers declined to comment to ESPN — opening the possibility that both teams could potentially be missing players in road games of a first-round playoff series against the Toronto Raptors.

Entering play Wednesday, the Miami Heat, Milwaukee Bucks, Celtics and 76ers are within one loss of each other at the top of the Eastern Conference standings, meaning they could wind up in any order between now and the end of the regular season on April 10.

So any of them could face the possibility of having to travel to Toronto for a first-round playoff series against the Raptors. As of Jan. 15, players need to be fully vaccinated to enter Canada.

The Heat and Bucks confirmed to ESPN that their teams are fully vaccinated, so they would have no issues in Toronto.

The Celtics on Monday played their first game in Toronto since the vaccination requirement went into effect, and they lost in overtime.

After beating the Minnesota Timberwolves at home on Sunday, Boston ruled out four players for Monday’s game in Toronto, the second night of a back-to-back: Robert Williams, who injured his meniscus in his left knee Sunday; Al Horford, who missed both Sunday and Monday’s games for personal reasons; Jayson Tatum, who the Celtics listed as out with right patella tendinopathy; and Jaylen Brown, who was listed as out with right knee soreness.

Sources told ESPN that Williams is vaccinated. Tatum said on Celtics media day that he was vaccinated, but added that no one should be judged for choosing otherwise.

“I mean, it’s your own decision,” Tatum said. “I fully understand the concerns of those who aren’t vaccinated that don’t want to, and I understand the people like myself that did. It’s your own personal health and your reason. Nobody should be judged one way or the other, whatever their decision is.”

Brown at that time said the vaccine was a personal choice.

“I have my own thoughts about it but I respect my teammates’ decisions and things like that,” Brown said. “I know everybody has their own opinion about it but I think it’s a personal choice.”

Brown and Horford both entered the NBA’s health and safety protocols in October, and Horford did so again in December.

Philadelphia, meanwhile, hasn’t played in Toronto since the rule change went into effect. The 76ers, who first played the Raptors in Toronto on Dec. 28, play them again on April 7 to conclude a three-game road trip.

The playoffs are set to begin April 16 and 17, with Games 3 and 4 of the first round — which would take place in Toronto — likely to be played beginning three weeks from Wednesday.

The most prominent example of a player missing games due to being unvaccinated is Brooklyn Nets star Kyrie Irving, who was unable to play games in New York, either at Barclays Center or Madison Square Garden, before the city changed its vaccination regulations last week to allow unvaccinated athletes to play in home games.

Irving played his first game in New York on Sunday against the Charlotte Hornets.

Irving’s status was a topic all season because of the mandate. There have been no such limitations in Boston or Philadelphia, however, making the vaccination status a non-issue.

With the playoffs looming — and, with them, a potential showdown with the Raptors in the first round, or beyond — that is no longer the case.