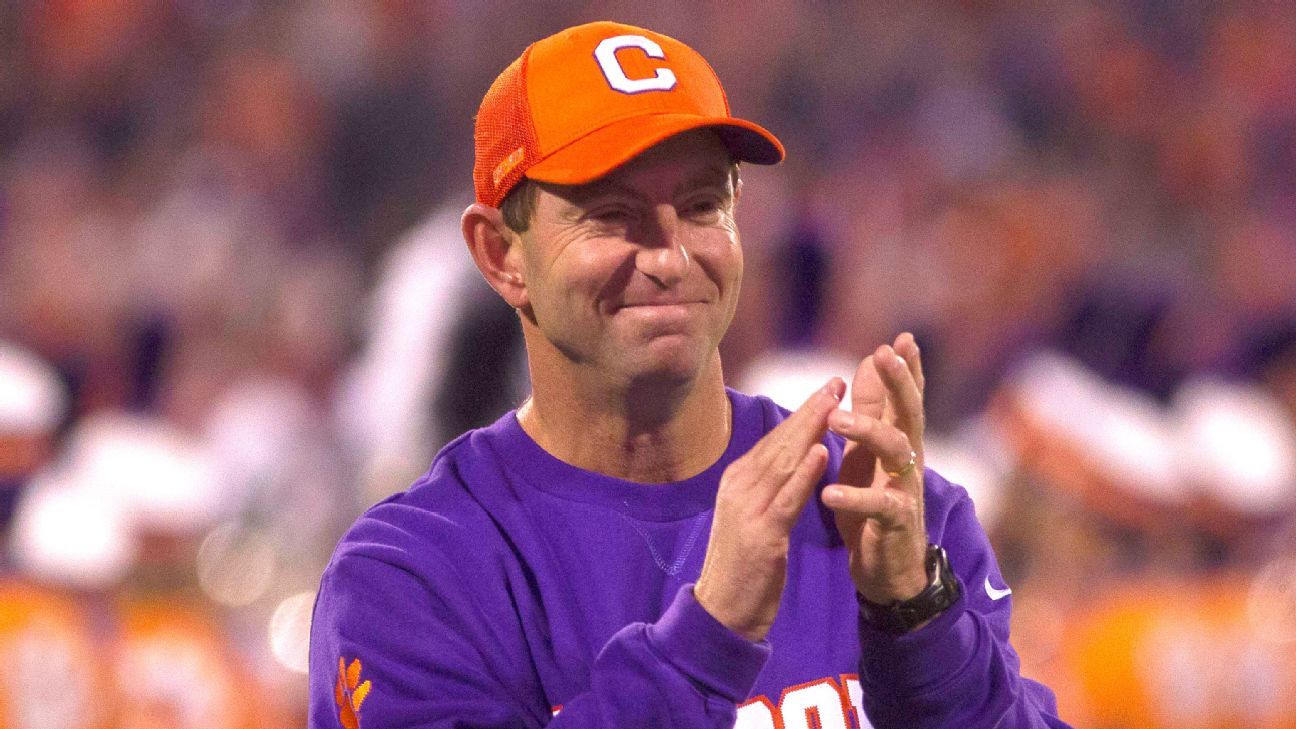 Clemson football’s Dabo Swinney said Tuesday that he had no interest in the LSU coaching vacancy at this point, joking that he was surprised to be considered “a big-time coach.”

“This is the only Death Valley I’m concerned with right here,” Swinney said, referring to the stadiums in Clemson and Baton Rouge, which are both nicknamed “Death Valley.”

Swinney has been speculated to be a possible candidate to replace Ed Orgeron since LSU agreed to part ways with its coach after this season — just two years after winning the national title.

“I don’t know the situation [with Orgeron at LSU],” Swinney said when asked about the pressure to win immediately and consistently, “but I do know some of the greatest coaches we’ve ever had weren’t good early or maybe the consistency wasn’t there. It’s a tough business.”

Swinney has long been rumored as a potential successor to Nick Saban at Alabama, his alma mater, but has always denied any serious interest in leaving Clemson, where he has coached as an assistant and head coach since 2003.

Clemson is 4-2 and has yet to score more than 19 points against an FBS opponent this season. The Tigers have won the ACC and made the College Football Playoff in each of the past six years and have won at least 10 games in every season since 2011.

“Maybe the Clemson people have more appreciation for it now,” Swinney said. “It’s hard to win.”