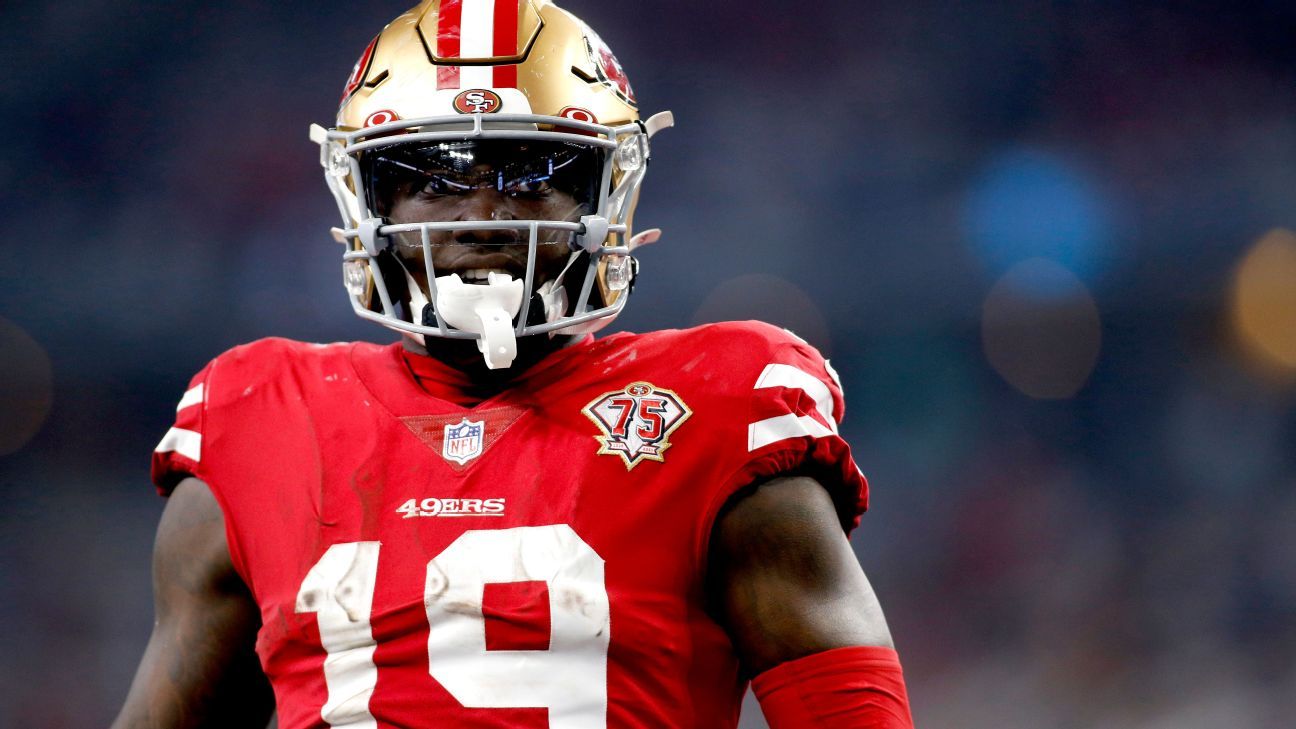 Samuel skipped the voluntary portion of San Francisco’s offseason program after publicly acknowledging his trade request in April, amid his hope for a lucrative long-term contract.

Samuel declined to offer specific reasons for requesting the trade but acknowledged that he has informed the Niners of his desire to leave.

The 49ers have stated on numerous occasions that they do not plan to trade Samuel, and coach Kyle Shanahan said last month that he hopes the organization “will get the best thing for the Niners, best thing for Deebo.”

Samuel’s trade request came at a time when the salaries for wide receivers have skyrocketed. The Raiders gave Davante Adams $28.5 million per season on an extension after trading for him, and the Dolphins signed Tyreek Hill to a deal averaging $30 million per season one week later after acquiring him from the Chiefs.