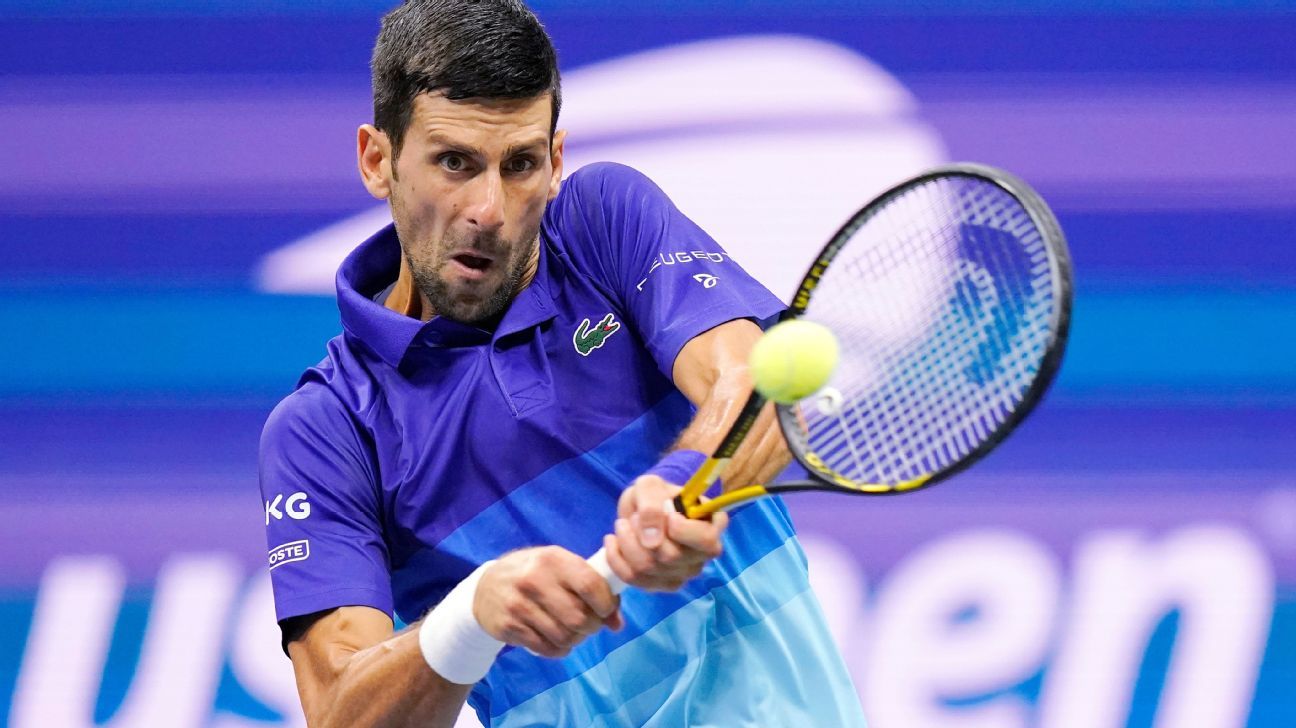 NEW YORK — Never fazed, rarely flummoxed, Novak Djokovic is collected in best-of-five-set matches even when falling behind, as he has done repeatedly at the US Open.

No opponent, or the prospect of what’s at stake, has been too much to handle. Not yet, anyway. And now he is two wins away from the first calendar-year Grand Slam in men’s tennis since 1969, along with a men’s-record 21st major championship overall.

Djokovic ceded the opening set for the third consecutive match at Flushing Meadows — and ninth time at a major in 2021 — but again it didn’t matter, because he quickly corrected his strokes and beat No. 6 seed Matteo Berrettini 5-7, 6-2, 6-2, 6-3 in a quarterfinal that began Wednesday night and concluded after midnight Thursday.

As he came back, his eyes squarely on his end goals, Djokovic found every angle, thwarted every big Berrettini shot and was so locked in he dove and dropped his racket during one exchange yet scrambled, rose and reinserted himself in the point. He lost it, but the message to his foe was unmistakable, essentially amounting to, “I will do whatever it takes.”

After 17 unforced errors in the first set, Djokovic made a total of 11 the rest of the way.

When Berrettini made one last stand, holding a break point while trailing 4-2 in the third set, Djokovic steadied himself. He let Berrettini put a backhand into the net, then conjured up a 121 mph ace and a forehand winner down the line to hold, then pointed his right index finger to his ear — one of many gestures asking the 20,299 in the Arthur Ashe Stadium stands for noise.

Djokovic is 26-0 in major tournaments this season, including trophies on the Australian Open’s hard courts in February, the French Open’s clay courts in June and Wimbledon’s grass courts in July. He beat Berrettini in the final at the All England Club.

Djokovic has added five victories on the U.S. Open’s hard courts and will face 2020 runner-up Alexander Zverev in Friday’s semifinals. If Djokovic can win that match and Sunday’s final, he will join Don Budge (1938) and Rod Laver (1962 and 1969) as the only men to claim all four major tennis singles trophies in one season. (Three women have done it, most recently Steffi Graf in 1988; Serena Williams‘ bid in 2015 ended in the U.S. Open semifinals).

Zverev goes into the semifinals on a 16-match winning streak, including a 1-6, 6-3, 6-1 semifinal triumph against Djokovic en route to the gold medal at the Tokyo Olympics.