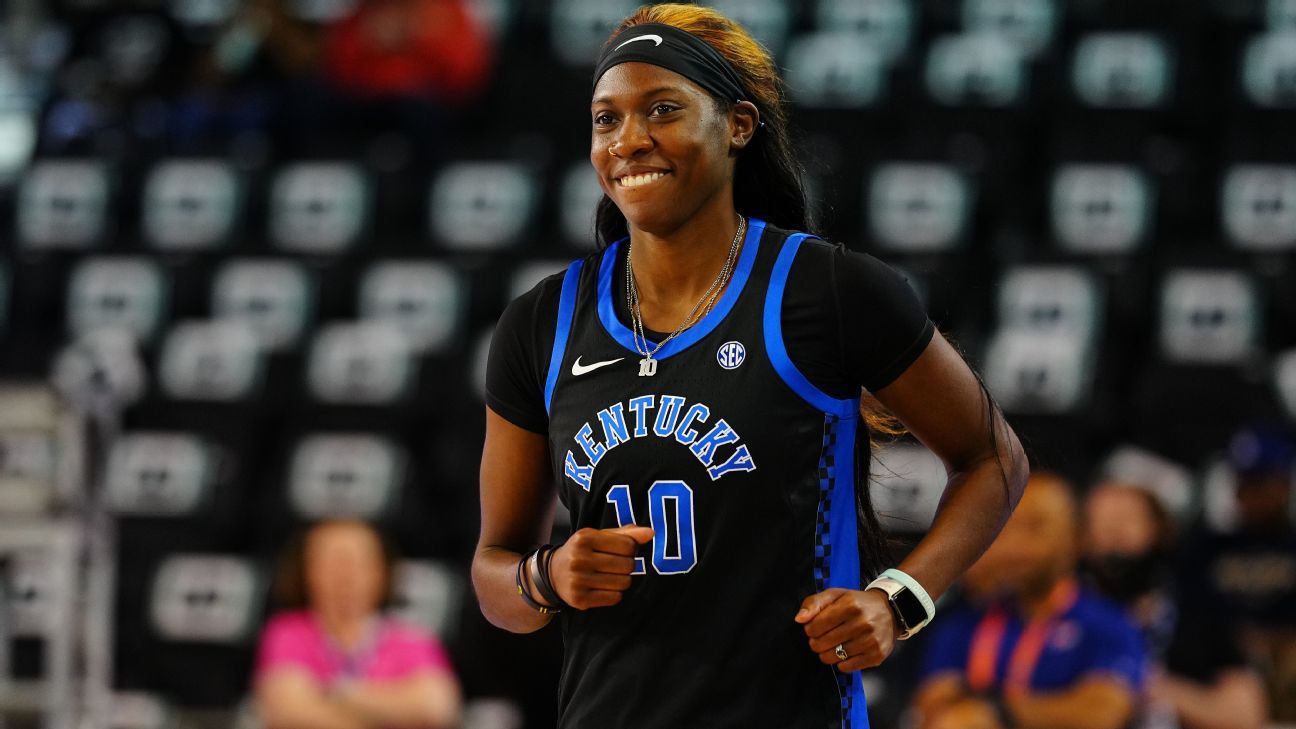 The Atlanta Dream selected Kentucky guard Rhyne Howard with the No. 1 overall pick in the 2022 WNBA draft on Monday night in New York.

The 6-foot-2 Howard averaged 20.5 points and 7.4 rebounds in 2021-22 for the Wildcats, who won the SEC tournament before being upset in the NCAA tournament’s first round by Princeton.

The Washington Mystics won the draft lottery in December, but traded the top pick to Atlanta last week, as the Dream moved up from No. 3 to guarantee they got Howard.

Howard’s 284 career 3-pointers are part of what makes her a multi-dimensional threat, as she is also big enough to post up against most defenders. Howard can seize the opportunity to become a signature player for a Dream franchise that went 8-24 last season and has missed the playoffs four of the past five years.

Howard was the SEC’s player of the year as a sophomore and a junior. She is the second player the Dream have picked No. 1, following Louisville‘s Angel McCoughtry in 2009. McCoughtry led the Dream to three appearances in the WNBA Finals.