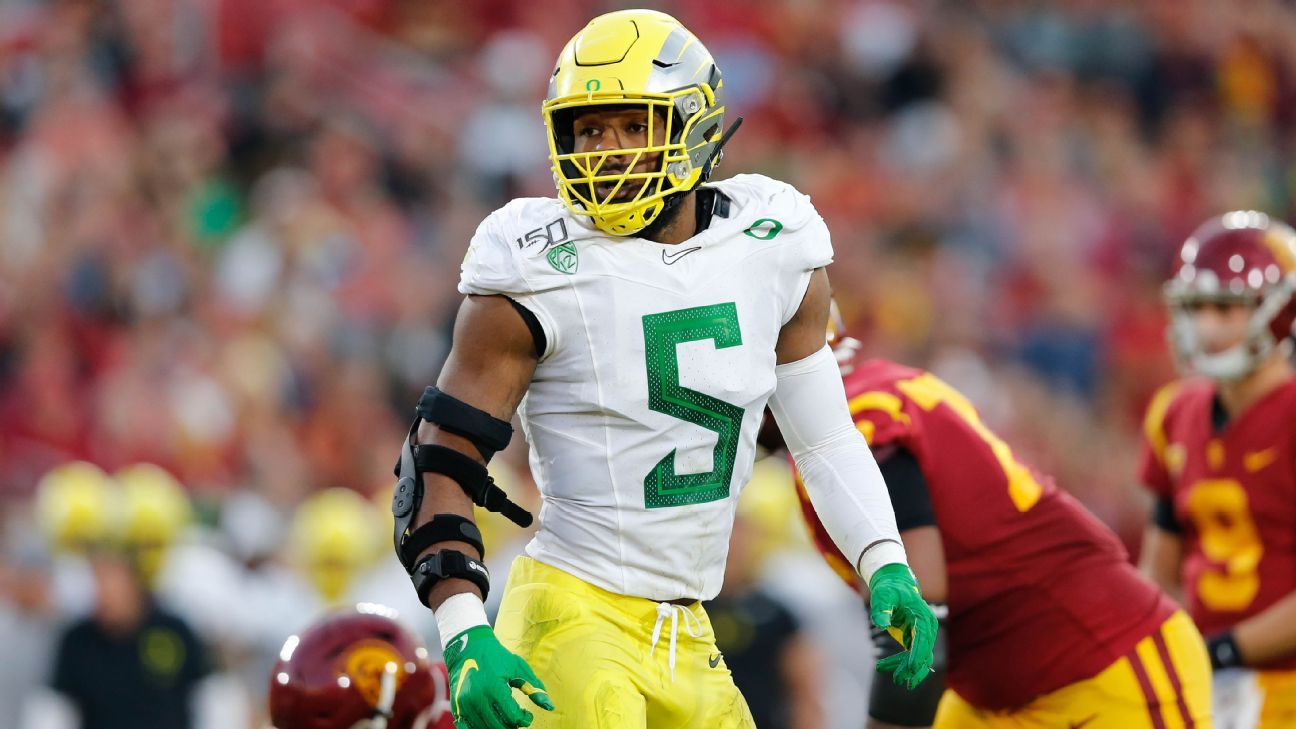 Oregon star defensive end Kayvon Thibodeaux and linebacker Justin Flowe did not play in the No. 12 Ducks’ 35-28 victory over No. 3 Ohio State on Saturday.

Thibodeaux, a junior who is listed as the No. 1 prospect for the 2022 NFL draft by ESPN’s Mel Kiper Jr., was knocked out of last Saturday’s win over Fresno State with a left ankle injury.

Thibodeaux, an All-American who finished with 12 quarterback pressures last season, had a sack and a forced fumble in the first half of last week’s win vs. Fresno State. When he returned to the sideline for the second half, he was wearing street clothes and a walking boot.

Flowe, a freshman, had 14 tackles and a forced fumble in last week’s victory.