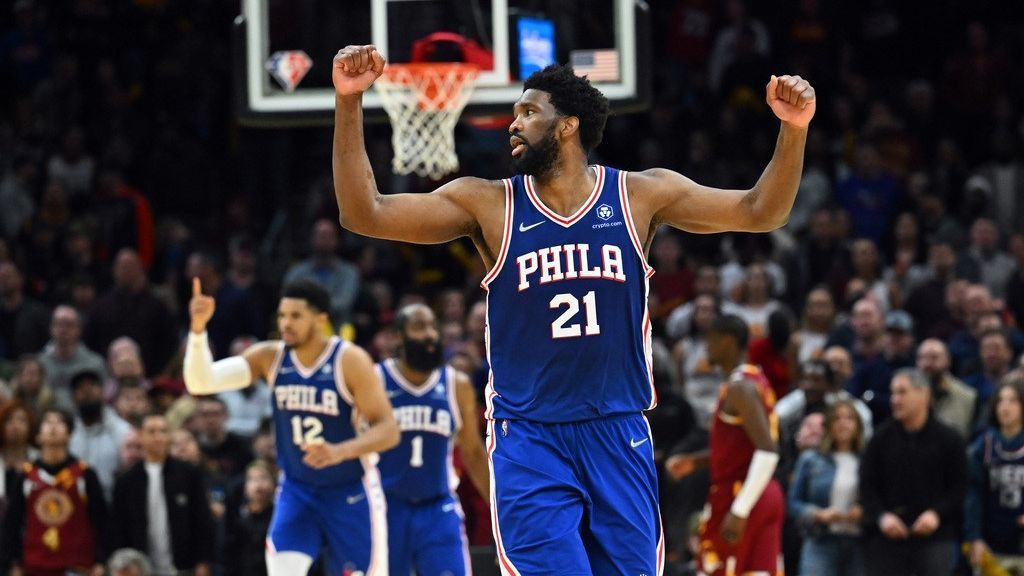 Joel Embiid has won his first NBA scoring title as his final rival for the crown, Giannis Antetokounmpo, will sit out the Milwaukee Bucks‘ regular-season finale against the Cleveland Cavaliers on Sunday.

The Philadelphia 76ers center enters Sunday averaging 30.6 points per game, which would be the lowest scoring average to lead the league since James Harden in 2017-18 (30.4 PPG).

Embiid has scored at least 30 points in four of five games this month and more than 40 three times, including 41 in Saturday’s win over the Indiana Pacers.

Antetokounmpo, who is listed as out with right knee soreness, will finish at 29.9 points per game. LeBron James averaged 30.3 points per game this season but is ineligible for the scoring title, as he played in 56 games. A player must play at least 58 games to be eligible.