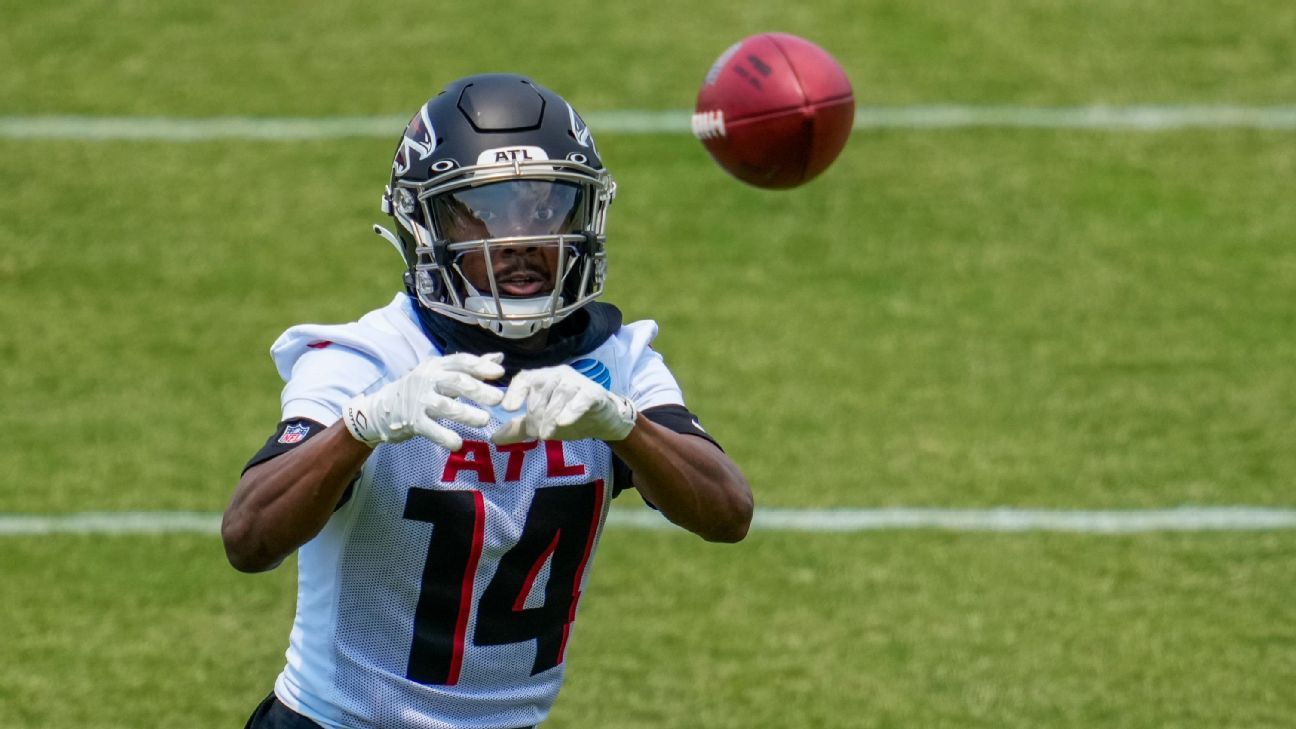 FLOWERY BRANCH, Ga. — The Atlanta Falcons will be without starting wide receiver Russell Gage Jr. and top cornerback A.J. Terrell when they try to pick up their first win of the season Sunday against the New York Giants.

Terrell suffered a concussion breaking up a pass in the second half of Sunday’s 48-25 loss to the Tampa Bay Buccaneers. Gage injured an ankle against the Buccaneers but finished the game.

Atlanta could go in multiple directions to replace Gage. It could use more two-tight-end/two-running-back sets and line up either running back Cordarrelle Patterson or one of its tight ends, Kyle Pitts or Hayden Hurst, outside. In two-receiver sets, the Falcons could use a combination of Olamide Zaccheaus and Tajae Sharpe opposite top receiver Calvin Ridley.

“You just got to have solutions. That’s the name of the game,” Falcons coach Arthur Smith said. “You’ve got to have contingency plans. Things are going to come up. You lose a guy early in the game, what’s your plan?

“You got to prep for that stuff ahead of time and be able to adapt. That’s what we’re trying to build here, and so we expect other guys to step up.”

Smith said they will take it “week-to-week” with Gage.

In the secondary, Atlanta is expected to have T.J. Green, who began training camp as a safety, opposite Fabian Moreau at cornerback. Smith also said fourth-round draft pick Darren Hall, who has been inactive the first two weeks of the season, will have a bigger role Sunday.

Green, 26, was a second-round pick by Indianapolis in 2016 and was a part-time starter for the Colts at safety in 2016 and 2017. He has played for Carolina, New Orleans and Atlanta since then, appearing in five games while starting none.

“He has really good length,” defensive backs coach Jon Hoke said. “He has very good long speed, and then, for a tall guy, I think he has really good short-area quickness. Those are always a little bit of a challenge for those guys. So he has really good physical traits and he understands football. He plays instinctively.”

Atlanta will also be without rookie wide receiver Frank Darby for the second straight week because of a calf injury, though he was inactive for the season opener as a healthy scratch.