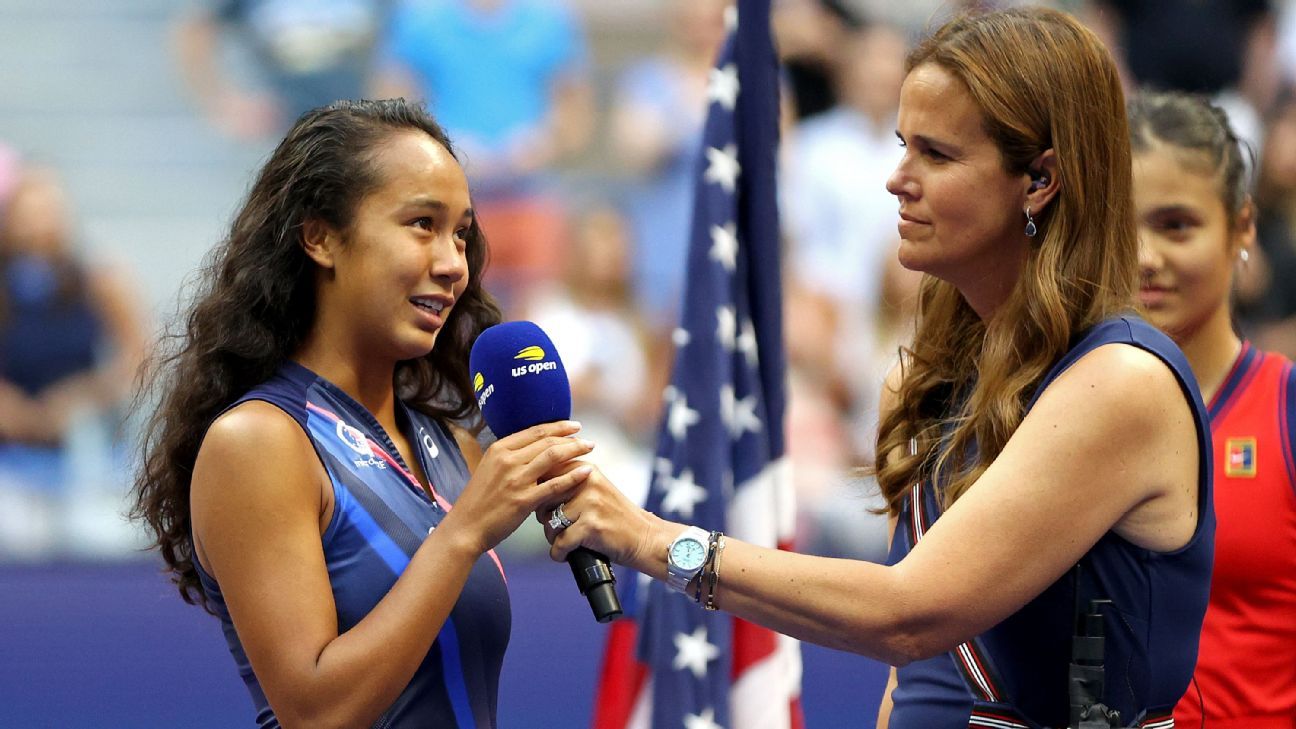 NEW YORK — At the awards ceremony after a hard-fought women’s final on Saturday, runner-up Leylah Fernandez took a moment to address the resilience of New York on the 20th anniversary of 9/11.

“I know on this day it’s especially hard for New York and everyone around the US,” Fernandez said. “I just want to say that I hope I can be as strong and resilient as New York has been the last 20 years.”

Fernandez said she remembers asking her parents what happened on that date and listening to them recount what they were doing when they saw the news.

“Obviously I don’t know much about what really happened, but with the few information that I do have, I know that New York has suffered a lot the past years when it did happen,” she said during her post-match news conference. “I just wanted to let them know that they’re so strong, they’re so resilient. They’re just incredible.

“Just having them here happy, lively, just going back to the way they were, having my back during these tough moments, has made me stronger and has made me believe in myself a lot more.”

Fernandez had an incredible run at Flushing Meadows, becoming the first player to beat three WTA Top-5 players at the US Open (Naomi Osaka, Elina Svitolina and Aryna Sabalenka) since Serena Williams in 1999. She also defeated two former World No. 1s in Osaka and Angelique Kerber who have won multiple Grand Slam titles.

Prior to this performance, she made first-round exits in both the Australian Open and Wimbledon earlier this year.

Fernandez said the most important lesson she learned these past weeks was “how to recuperate after so many great wins in a row.”

“After every win I was so happy, so excited. I just wanted to go back on court and play again. …I’m glad that I had that opportunity to learn, to actually know how to organize myself in these moments.”

At the awards ceremony, an emotional Fernandez said it would be hard to recover from the finals loss, but that she was proud of herself and how she’s played the past two weeks. She said she hoped to be back next year — and this time win the “right trophy.”