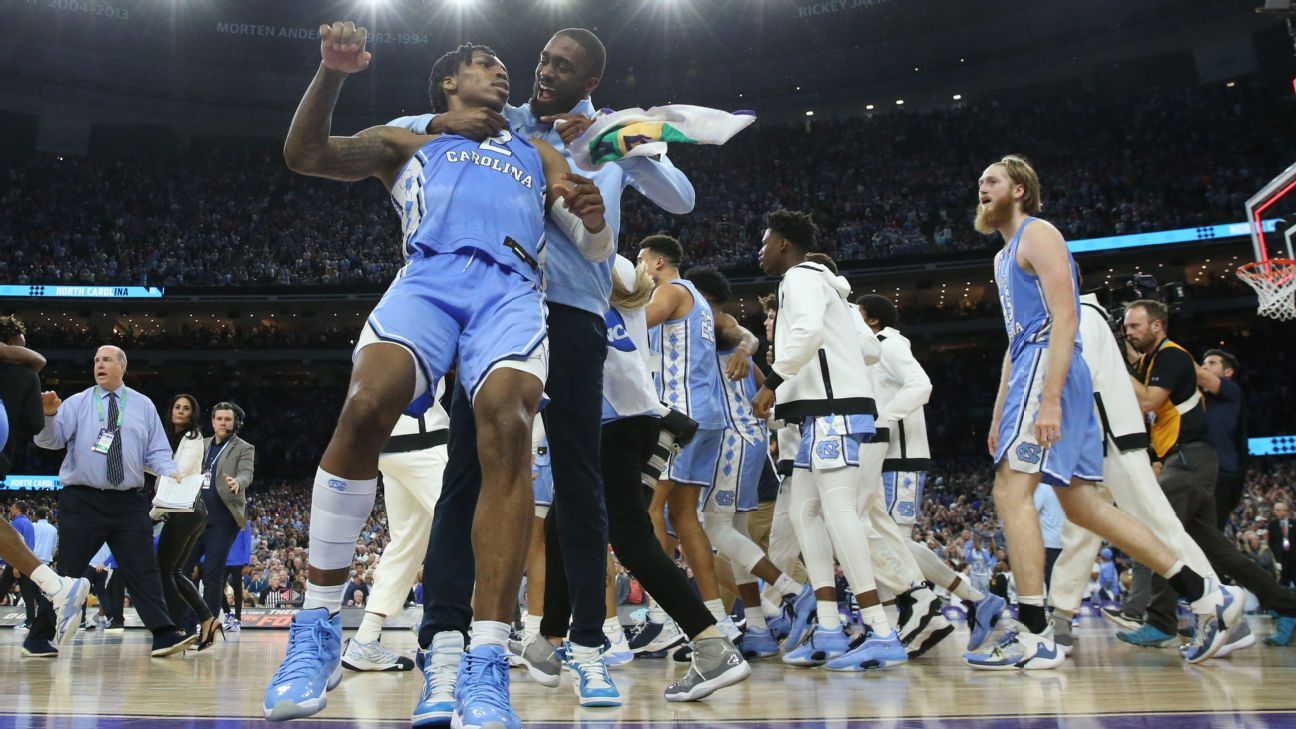 We’re coming to the end of March Madness 2022. After Saturday’s Final Four there is one game to play. The North Carolina Tar Heels face the Kansas Jayhawks.

The Jayhawks, a No. 1 seed, crushed the Villanova Wildcats behind a career night from David McCormack. It continued an impressive run by Kansas. The Jayhawks won their Elite Eight and Final Four games by 15 or more points. According to ESPN Stats & Information, the last team to win by such large margins in those rounds and win it all was the 1981 Indiana Hoosiers.

Kansas coach Bill Self is seeking his second national title after winning in 2008. At Kansas, Self has never lost to North Carolina in the NCAA tournament.

The Tar Heels, a No. 8 seed, have become one of the darlings of this tournament. They are just fourth No. 8 seed to reach the national title game. Villanova’s 1985 team is the only 8-seed to win it all. Along the way, UNC handed rival Duke a loss in coach Mike Krzyzewski’s home finale and ousted the Blue Devils from the NCAA tournament in Saturday’s other national semifinal.

UNC entered March Madness with 100-1 odds of winning the title and are four-point underdogs to the Jayhawks, but the Tar Heels might have their own history on their side. UNC is 2-0 in national championship games in New Orleans — defeating Georgetown in 1982 and Michigan in 1993.

Here are the top plays and moments of the national championship matchup:

At the risk of sounding redundant, it all comes down to this. These are the lineups who will take the floor for all the marbles.

In the Jayhawks he trusts. Paul Pierce is in the building representing for his alma mater.

THE TRUTH. You love to see it. pic.twitter.com/MB1zCXNPEU

Strong turnout. If the fans gathering at the Tar Heels’ buses were any indication, there will be a lot of Carolina blue in the crowd tonight.

Prepping for a buzzer beater