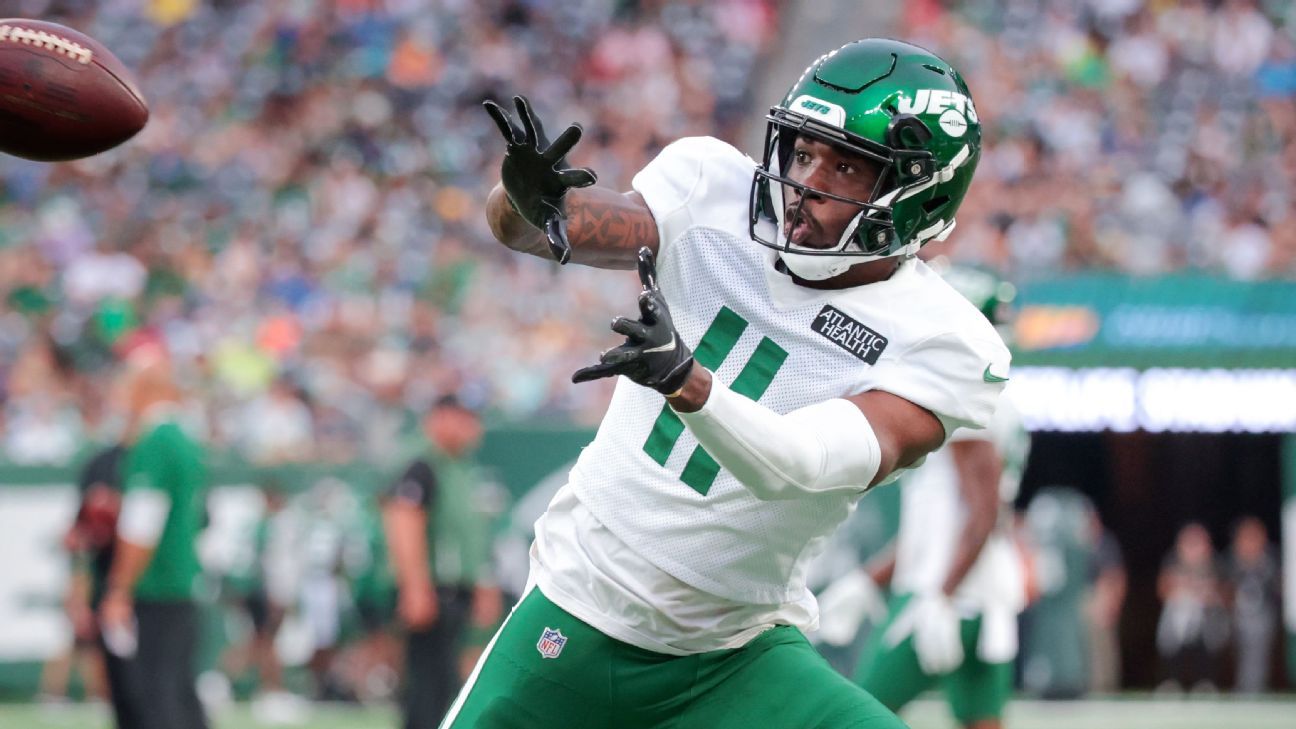 Down to five healthy receivers, the Jets are turning to the 2020 second-round pick, whose absence from the lineup has sparked criticism from fans and media. Mims, coming off a promising rookie year, mysteriously slipped down the depth chart in the preseason.

The circumstances changed this week, as Elijah Moore and Jeff Smith both were ruled out with concussions for Sunday’s game against the Tennessee Titans. Moore was injured last week; Smith was hurt in a car accident while driving to the Jets’ facility on Wednesday morning.

Now Mims gets his shot.

“He’s going to get an opportunity,” coach Robert Saleh said Friday. “Hopefully, he takes advantage of it. We’re expecting him to. He stacked up a third consecutive week of great practice. He’s really getting comfortable within the offense and we’re excited to see him get his op.”

The Jets (0-3) will have a different look at receiver. Jamison Crowder, recovered from a groin injury, is expected to make his season debut. Crowder and Braxton Berrios will be the slot receivers, with Corey Davis, Keelan Cole and Mims on the outside.

Mims or Cole will replace Moore as one of the outside starters, opposite Davis.

Mims played in the opener as a replacement for the injured Cole, but he got only three offensive snaps. One of them was a 40-yard reception late in their loss to the Carolina Panthers.

He was benched the next two games, Saleh said, because he doesn’t play special teams and still was trying to master both the X and Z positions at receiver — pre-requisites for a backup role. Meanwhile, the offense got off to a historically bad start, producing only 20 points in three games, which only fueled more criticism.

Saleh said Mims is now comfortable with both receiver positions.

“You’re seeing the speed and athleticism he has,” Saleh said. “It’s just a matter of getting him those opportunities and taking it to Sunday and executing with his teammates and being the guy we expect him to be.”

Mims has battled adversity since being drafted. He missed the first half of his rookie season with a severe hamstring injury, then sat out most of the 2021 offseason due to a severe bout with food poisoning that caused him to lose 15 pounds.

When he played, he showed promise. Mims made 23 receptions for 357 yards — an average of 15.5 yards per catch — in nine games last season.

In injury news, safety Marcus Maye (sprained ankle) will miss two games, Saleh said. They hope to have him back following their bye, Oct. 24 against the New England Patriots.