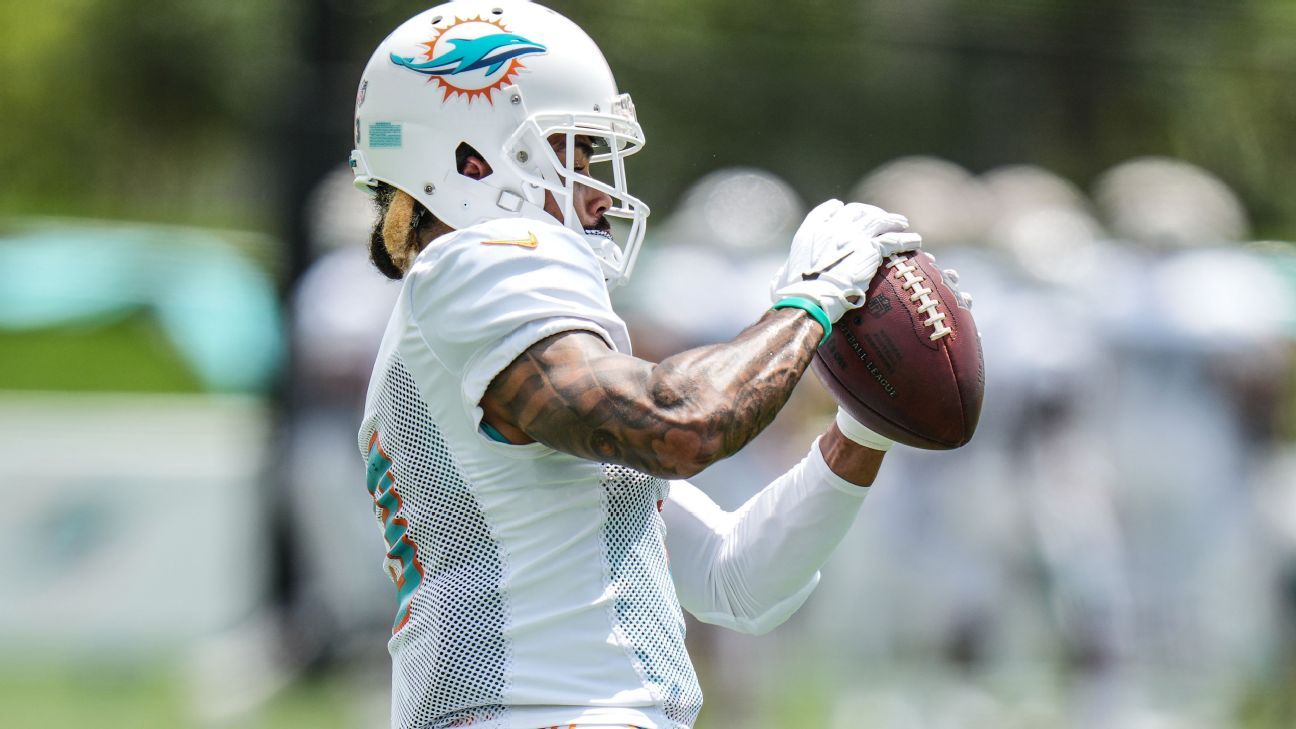 The former Houston Texans receiver served a one-game suspension to begin the season but was set to join the team in Week 2 before missing Miami’s loss to the Buffalo Bills for personal reasons. Fuller returned to the team Monday and didn’t miss any practice this week.

“Will has worked hard — we expect him to play,” Flores said. “Will’s looked good this week.”

If Fuller does make his debut this week, he’ll be catching passes from backup quarterback Jacoby Brissett, who is starting in place of an injured Tua Tagovailoa. Flores said the team was still putting the final touches on its game plan, but part of that plan could be using Fuller to stretch the field.

Since entering the league in 2016, Fuller’s 14.32 air yards per target ranks fifth highest among NFL players with at least 500 routes run. His 70 targets of at least 25 air yards are the ninth most in the NFL in that span, and he’s second to Kansas City Chiefs receiver Tyreek Hill in catches of at least 50 air yards.

“I love throwing the ball deep, so we will see what the coaches do with the game plan,” Fuller said last week, prior to leaving the team. “I’m just going to go out there and execute whatever they have for us. If that’s underneath, that’s underneath. If that’s deep, then I’m going to give it whatever.”

Fuller signed a one-year deal with Miami this offseason worth $10 million after spending the first five seasons of his career with the Texans.