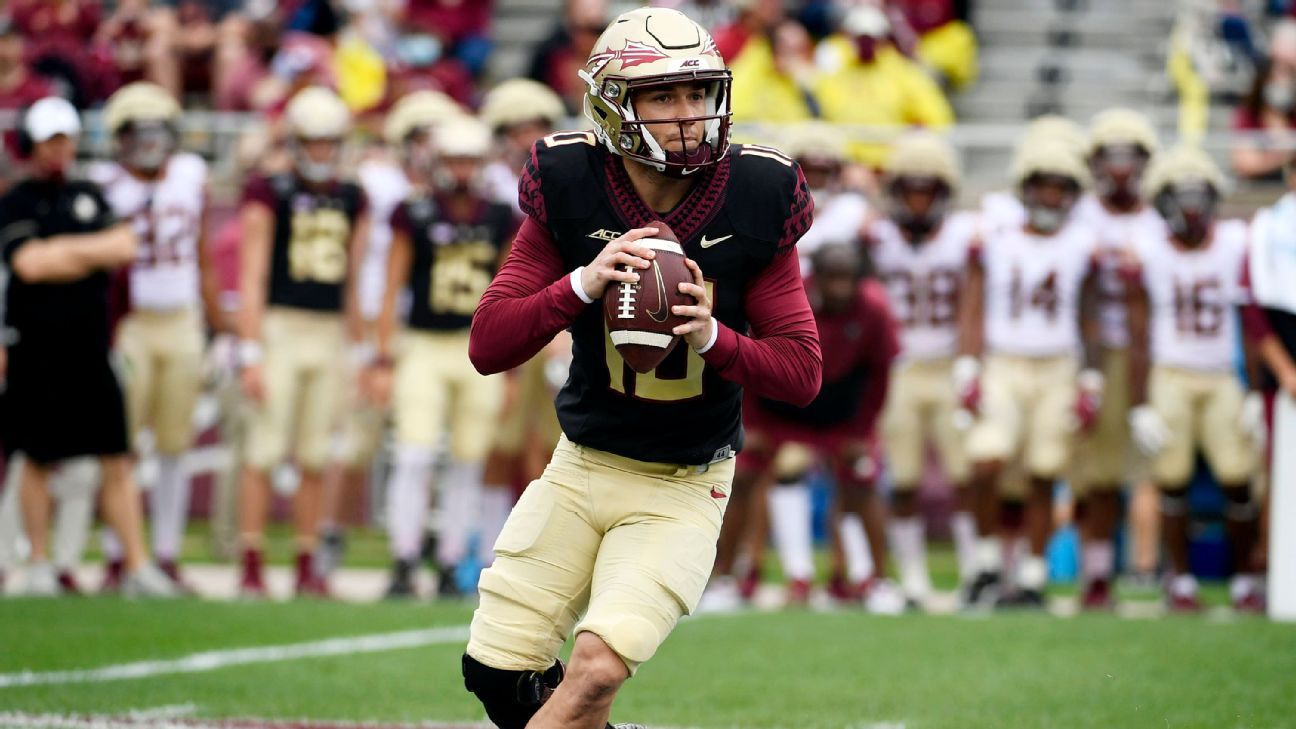 TALLAHASSEE, Fla. — McKenzie Milton, playing in his first game since a catastrophic leg injury threatened to end his career nearly three years ago, led Florida State back from a 10-point deficit to force overtime against No. 9 Notre Dame on Sunday night.

Milton entered the game in the fourth quarter when starter Jordan Travis lost his helmet and was forced to head to the sideline. Milton’s first play went for a 22-yard completion to Ja’Khi Douglas.

Rather than put Travis back into the game, the Seminoles stuck with Milton, who completed three more passes on the drive that ended with a 2-yard touchdown run to Treshaun Ward.

Milton suffered artery and nerve damage, as well as a dislocated knee and torn ligaments, when he was injured as the UCF starting quarterback against USF in late November 2018. His leg was nearly amputated as a result.

But Milton never gave up on his dream to play football once again, working his way back to run the scout team at UCF last year. He wanted one more chance to start, so he transferred to Florida State in January. Coach Mike Norvell made him no promises for playing time, but Milton didn’t want any. He just wanted a chance to compete.

Milton and Travis were involved in a quarterback competition throughout the spring and fall. The Seminoles ultimately started Travis against the Irish, but Milton stayed ready on the sideline until his number was called.

UCF Football showed its support for Milton on social media, along with many of his former UCF teammates.

The Milton family told ESPN they were expecting 75 people at the game with them, including friends, family and doctors who helped him recover along the way. Mark Milton said they made sure to tell everyone they could not guarantee McKenzie would play, but everyone wanted to be there.