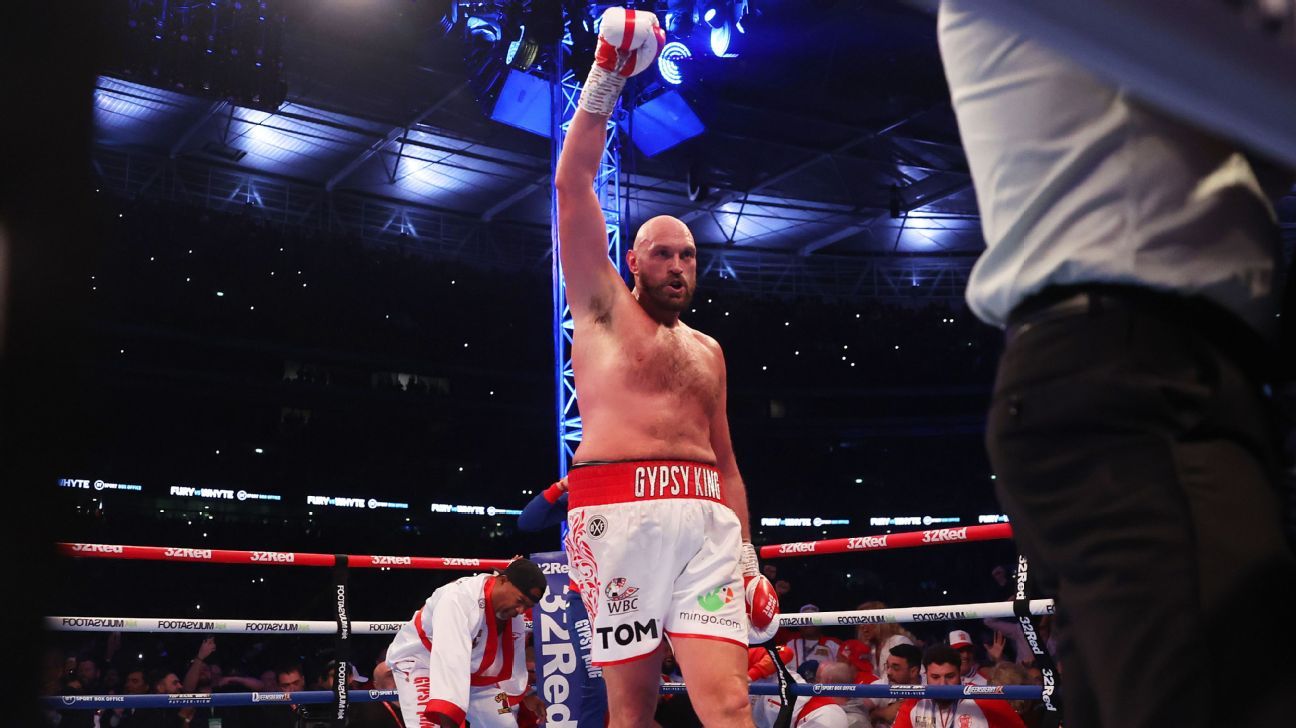 LONDON – Tyson Fury retained his WBC heavyweight title with a sixth-round TKO of Dillian Whyte on Saturday before 94,000-plus at Wembley Stadium, a right uppercut that sent the challenger crashing to the canvas.

Whyte made it to his feet before the count of 10, but when asked to walk forward by the referee, he stumbled into the ropes and the bout was waved off with one second left in the round.

The 33-year-old was making the second defense of the title he won from Deontay Wilder in 2020 via seventh-round KO. Fury followed that victory with an 11th-round KO of Wilder in October in ESPN’s Fight of the Year.