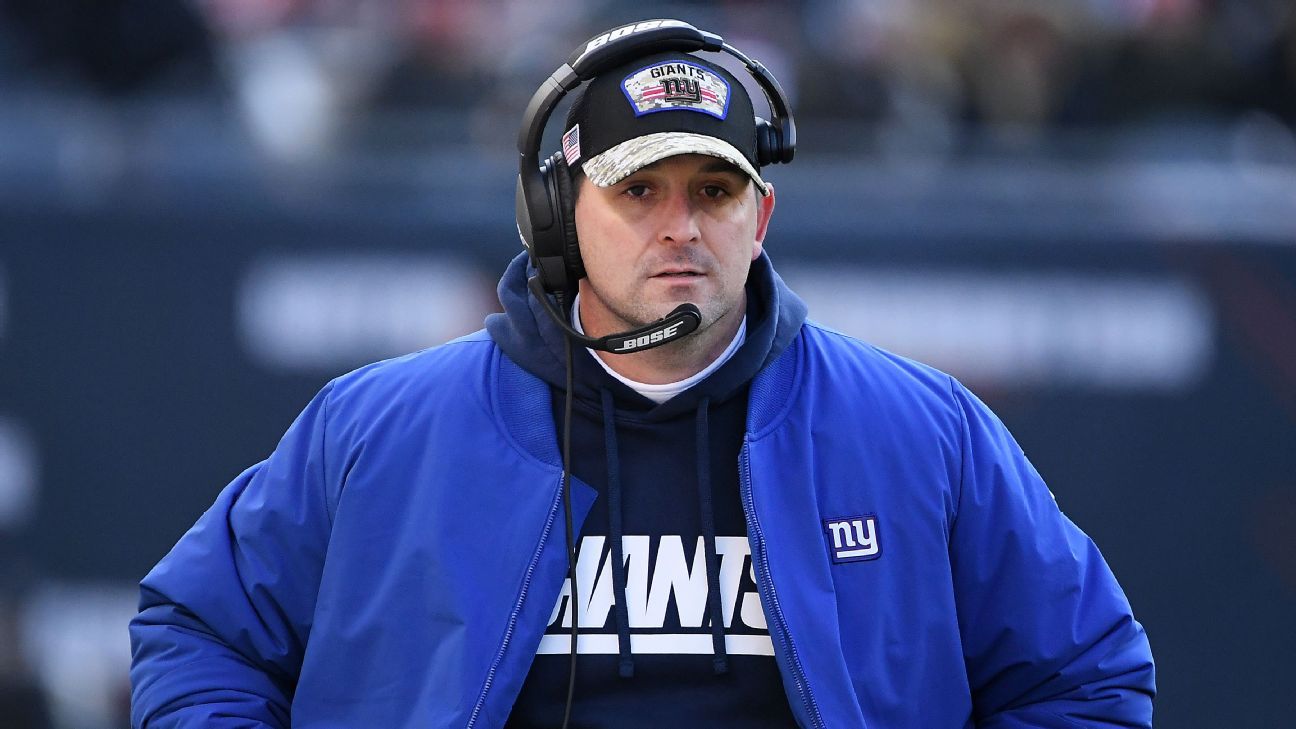 The move comes a day after general manager Dave Gettleman retired after four seasons on the job.

“(Co-owner) Steve (Tisch) and I both believe it is in the best interest of our franchise to move in another direction,” Giants co-owner John Mara said in a statement. “We met with Joe yesterday afternoon to discuss the state of the team. I met again with Joe this afternoon, and it was during that conversation I informed Joe of our decision. We appreciate Joe’s efforts on behalf of the organization.

“I said before the season started that I wanted to feel good about the direction we were headed when we played our last game of the season. Unfortunately, I cannot make that statement, which is why we have made this decision.

“We will hire a general manager and that person will lead the effort to hire a new head coach.”

Judge, a first-time head coach, went 10-23 in his two years. He is the third consecutive Giants coach to be fired after two seasons or less, following Ben McAdoo (13-15) and Pat Shurmur (9-23) as the once-proud franchise stumbles through one of the worst 10-year stretches in its history.

The Giants were big spenders last offseason and the expectation from ownership was that they would at least be playoff contenders. But a slow start, 1-5 this season, doomed Judge. New York started 0-5 under him in 2020 and has now missed the playoffs nine of the past 10 seasons.

Judge, 40, blew the Giants away during the interview process two years ago. He had spent the previous eight seasons, mostly as the special teams coordinator, working under Bill Belichick with the New England Patriots. He was at the University of Alabama with Nick Saban before his time with New England. Belichick’s stamp of approval was an important piece in helping Judge get hired as the Giants looked to shake up their organization.

Now, his tenure ends abruptly without him being able to fully see his plan through. It’s surprising the Giants were willing to move on so quickly. Mara had said firing McAdoo before his third season as head coach ended was a move he regrets. Mara also provided public support for Judge this season, even after the dreadful start.

“It is,” Mara told the New York Post when asked if his belief in Judge remains strong. “Obviously, we’ve struggled this year, but he has not lost the locker room, and I’ve seen that happen over the years. I think the players still believe in him. We’ve just got to get our guys healthy again.”

ESPN’s Adam Schefter reported on Dec. 26 that the Giants planned to bring Judge back for the 2022 season. Judge’s team then proceeded to look inept in back-to-back blowout losses on the road to the Philadelphia Eagles (34-10) and Chicago Bears (29-3). The Giants lost again in Week 18, this time at home, to Washington (22-7) in a game that will be remembered for New York running back-to-back quarterback sneaks from near their own goal line in the second quarter when they were trailing just 3-0 at the time.

After the Giants’ loss to the Bears in Week 17, Judge gave an impassioned 11-plus-minute answer to a question about why fans should have faith the sputtering franchise will turn it around. In it were examples of the culture that has been built, a locker room that has been fumigated, and the work ethic and effort the current players have shown during the week and on game days. There also were claims of former players calling to tell Judge they missed the Giants and current players (upcoming free agents) making their pleas to return.

“This ain’t a team that is having fistfights on the sidelines. This ain’t some clown show organization or something else,” Judge said. “You talk about the foundation built. The toughest thing to change in a team, in a club, is the way people think. You understand that? That is the toughest thing. You can get new players. You can have your damn locker room all you want. You have to change how people think. You have to change how they f—ing believe in what you’re doing. And they have to trust the process. And that is a lot easier said than done when they’re looking up right now and you’ve got one game left and the most you can win is five this season.”

The Giants were among the league-leaders in games missed because of injury this season. All their key offensive players — quarterback Daniel Jones, running back Saquon Barkley, left tackle Andrew Thomas, and receivers Kenny Golladay, Sterling Shepard and Kadarius Toney — missed at least two games.