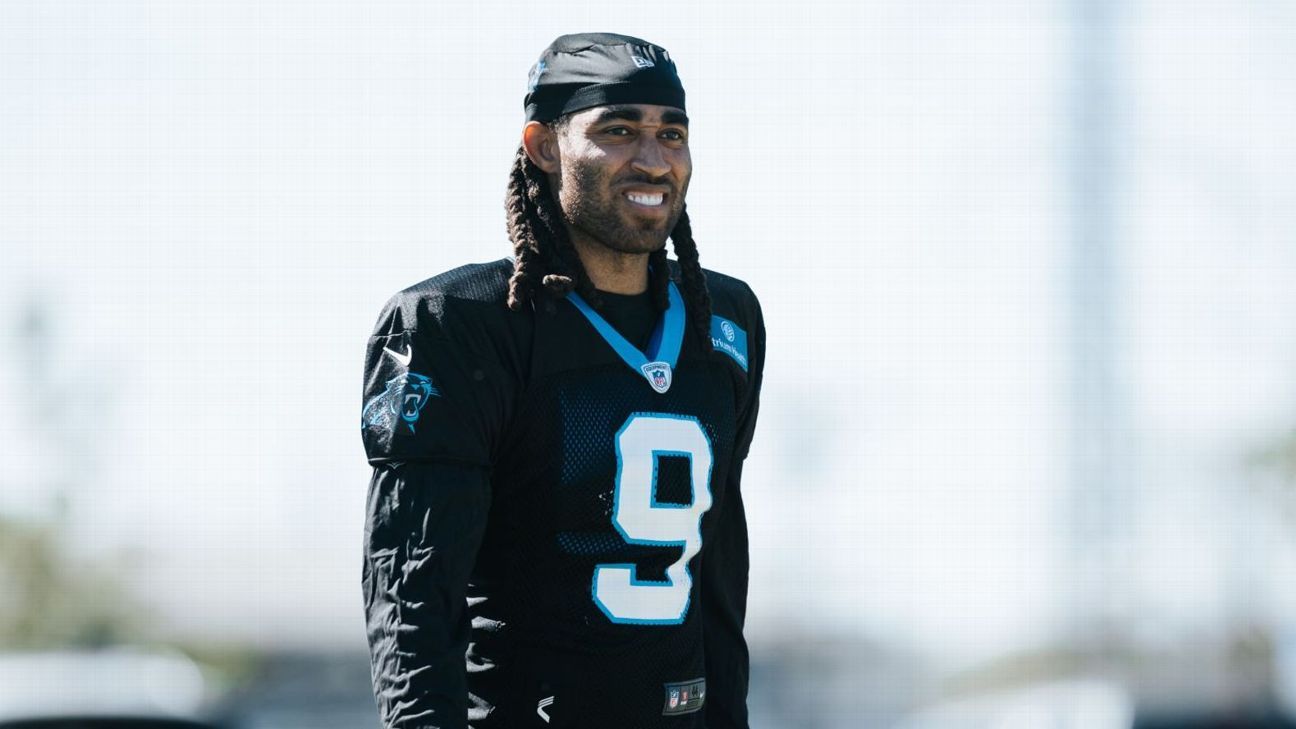 CHARLOTTE, N.C. — Pro Bowl cornerback Stephon Gilmore has been activated off the physically unable to perform list Saturday, clearing the way for him to make his debut for the Carolina Panthers in Sunday’s game against the Atlanta Falcons.

Outside linebacker Shaq Thompson also appears set to return, at least on a limited snap count, after missing the past three games with a foot injury.

The Panthers (3-4) acquired Gilmore in a trade with the New England Patriots three weeks ago with the plan to have him ready for last week’s game against the New York Giants, but he wasn’t game-ready yet then.

The Panthers have lost four straight after a 3-0 start.

Gilmore began the season on the PUP list in New England after undergoing offseason surgery to repair a partially torn quad. The Patriots traded the 2019 NFL Defensive Player of the Year for a 2023 sixth-round pick after failing to get him to restructure his deal.

The Panthers wanted Gilmore, who grew up 25 miles from Charlotte in Rock Hill, South Carolina, to help fill the loss of Jaycee Horn. The first-round pick suffered a broken foot in a Week 3 win at Houston and underwent surgery.

At best, Horn won’t return until late in the season.

Gilmore, 31, was a welcome addition because of his ability to play man-to-man coverage in addition to zone.

The Panthers actually played more man coverage (61%) the past three games without Horn before Sunday’s 25-3 loss to the Giants. They played man only 39% of the time in Weeks 1-3.

But Carolina has been far less successful playing man without Horn. Opposing QBRs are 69.8 compared with 30.2 the first three weeks.

That has been a factor in sack numbers dropping from a league-high 14 the first three games to four in the past four.

“It definitely helps us up front,” defensive end Morgan Fox said of having Gilmore on the field. “It makes it easier for us to go rush. It takes away options from quarterbacks and gives us a chance to get home.

“I can’t even put into words how good of a player he is. He’s just going to help elevate our game as well as everyone around him.”

To make room on the roster for Gilmore, the Panthers placed DE Darryl Johnson on IR with a hamstring injury.