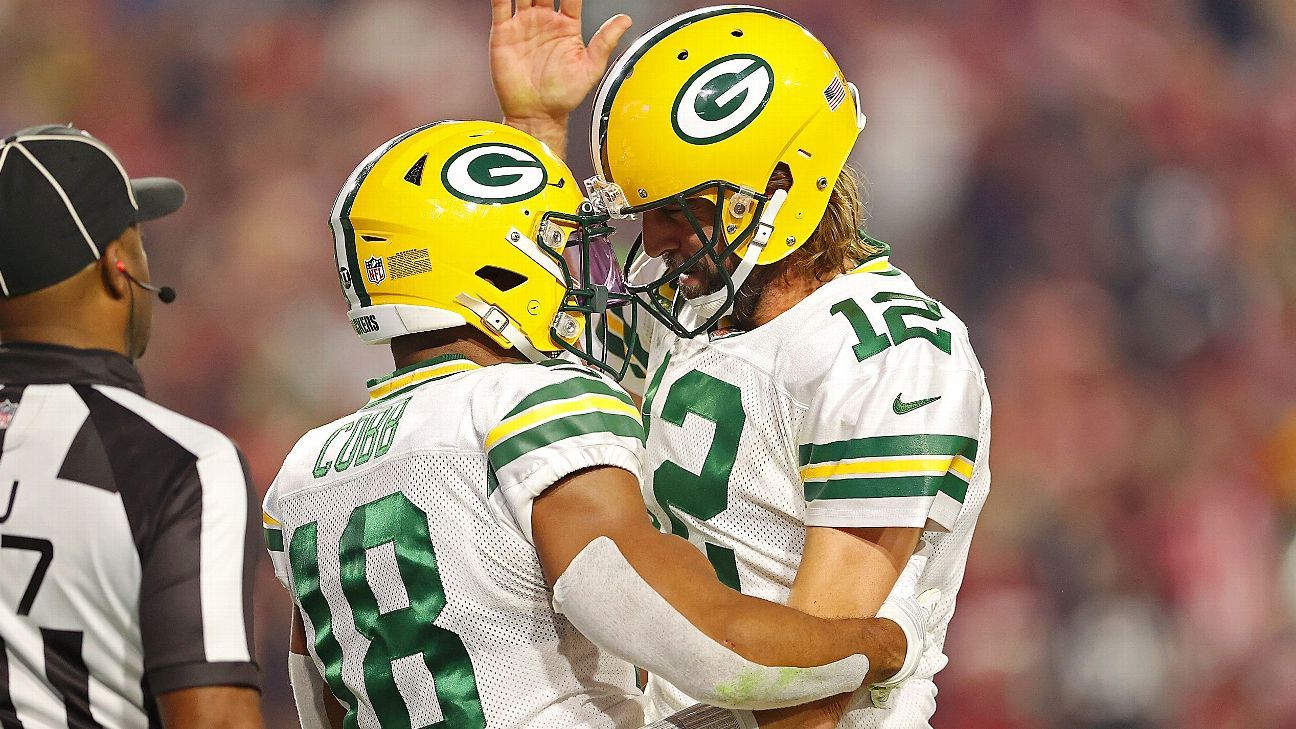 GLENDALE, Ariz. – All the focus was on who the Green Bay Packers didn’t have on Thursday night at the Arizona Cardinals: no Davante Adams, no Allen Lazard, no Marquez Valdes-Scantling.

Yes, the Packers were missing their top-three receivers – Adams and Lazard on the COVID-19 list and Valdes-Scantling not quite ready to return from a hamstring injury. That was in addition to the three Pro Bowlers – left tackle David Bakhtiari, outside linebacker Za’Darius Smith and cornerback Jaire Alexander – who were never going to play on Thursday.

But all the Packers thought about was who they had.

And it was enough for a 24-21 victory that handed the Cardinals their first loss of the season and left the NFL without an unbeaten team. Both teams walked out with 7-1 records.

And the guy who clinched it wasn’t even on their team until 22 days ago. Cornerback Rasul Douglas, who was on the roster because of injuries to Alexander and Kevin King, picked off a Kyler Murray pass in the end zone on a pass from the Packers’ 5-yard line.

“This is why I love this squad,” Aaron Rodgers said on the field after the game. “The guy who made the pick was with them for four weeks [the Packers signed Douglas off the Cardinals’ practice squad]. He was on the street, we brought him in, he’s starting for us. He’s a great dude, and he’s really meshed well with our team, and to come up with a play like that with 15 seconds left is incredible.”

Coach Matt LaFleur put Rodgers in a run-the-clock mode, and while it left Rodgers with an uncharacteristic stat line – just 184 yards passing — they were content to win a little ugly, or at least uglier than they’re used to.

“We ran the ball well, we knew we could,” Rodgers said. “It was tough in the passing game at times, but [Randall] Cobb came up with a couple big touchdown catches.”

Despite the key players who couldn’t play Thursday, the Packers still had plenty going for them:

Cobb, who has caught 71 percent of his targets from Rodgers in his career (Rodgers’ highest to any receiver with at least 60 attempts), had his second multi-touchdown game of the season. Before his return season to Green Bay this year, he had not scored twice in a game since 2015.

AJ Dillon, who averaged 2.37-yards per rush after contact the last two seasons (sixth-best among players with 90 rushes, according to ESPN Stats & Information), rushed for 78 yards.

Aaron Jones, one of 2 players with 1,500 yards rushing and 500 yards receiving since the start of the 2020 season, caught seven passes for 51 yards.

Robert Tonyan, who has 13 touchdown catches the last two seasons (second-most among all tight ends), hauled in a 33-yard catch to set up Cobb’s second touchdown.

And of course, Rodgers, whose steady hand proved more important than any single play, kept his passes short, averaging 4.8 air yards per attempt, which was the third-lowest of his career. And he was getting rid of the ball quickly, averaging 2.25 seconds from snap to release, which was his quickest time since Week 2 of 2016.

In a game perhaps only an offensive lineman could love, the Packers rushed 34 times for 151 yards.

The only offensive issues came near the goal line, when they failed to get in from the 1-yard line in the final minutes, which allowed the Cardinals to drive all the way down before Douglas played the hero.

“I love this football team. I’m having so much fun with these guys.”