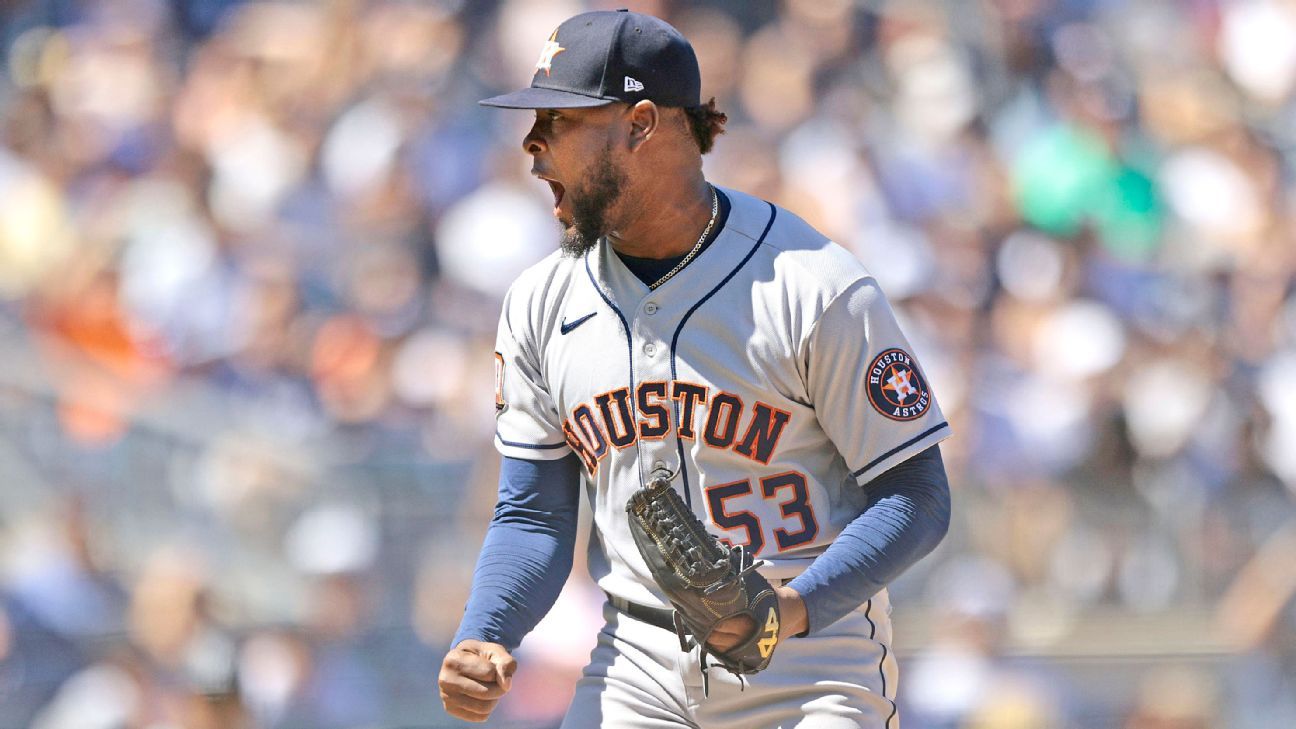 Houston Astros pitcher Cristian Javier and two relievers combined on a no-hitter against the New York Yankees on Saturday.

Javier set career highs with 13 strikeouts on 115 pitches over seven innings in the 3-0 victory. Only New York’s Josh Donaldson reached base, drawing a first-inning walk and again reaching base on a seventh-inning throwing error by Alex Bregman.

Hector Neris relieved Javier in the eighth inning, but not without some drama. Neris allowed two walks before getting out of the inning on a fly ball to the warning track by Joey Gallo and a hard grounder by Aaron Judge for a fielder’s choice.

Ryan Pressly finished off the Yankees in the ninth in order to complete the no-hitter.

Houston scored on solo home runs by rookie J.J. Matijevic in the seventh and Jose Altuve in the eighth. Yuli Gurriel added an RBI single in the ninth.

It was just the sixth time that the Yankees have been no-hit at home. Two have been by the Astros, with both of them being combined efforts. Houston used six pitchers to throw the last no-hitter against the Yankees on June 11, 2003.

The Astros now have 14 no-hitters in their history, the most in the majors since they entered the majors in 1962.

Javier threw 71 of 115 pitches for strikes. His previous high was 107 pitches against Seattle on April 27 last year.

Javier started 12 of 23 batters for strikes but appeared to be tiring and began his last five with balls. His 50.9% first-strike percentage entering was 155th among 157 pitchers who faced 150 or more plate appearances this season.

A 25-year-old right-hander, Javier entered without any complete games in 83 professional starts. His big league high for innings was seven, twice last year.

Matijevic, a 26-year-old taken by Houston in the second round of the 2017 amateur draft, debuted April 22. He is 2 for 14 and both hits are solo home runs — he went deep against Michael Kopech of the Chicago White Sox on June 19.

Yankees starter Gerrit Cole didn’t allow a hit until Jake Meyers grounded a slider into right field with two outs in the fifth. In his previous start, Cole held Tampa Bay hitless until Isaac Paredes‘ single leading off the eighth on June 20. The 31-year-old right-hander took a perfect game into the seventh against Detroit on June 3 before Jonathan Schoop‘s two-out single.

There have been two no-hitters so far this season, with five New York Mets pitchers combining against Philadelphia on April 29 and Reid Detmers of the Los Angeles Angels accomplishing the feat against the Rays on May 10.

Houston’s last no-hitter was thrown by Justin Verlander on Sept. 1, 2019 at Toronto.