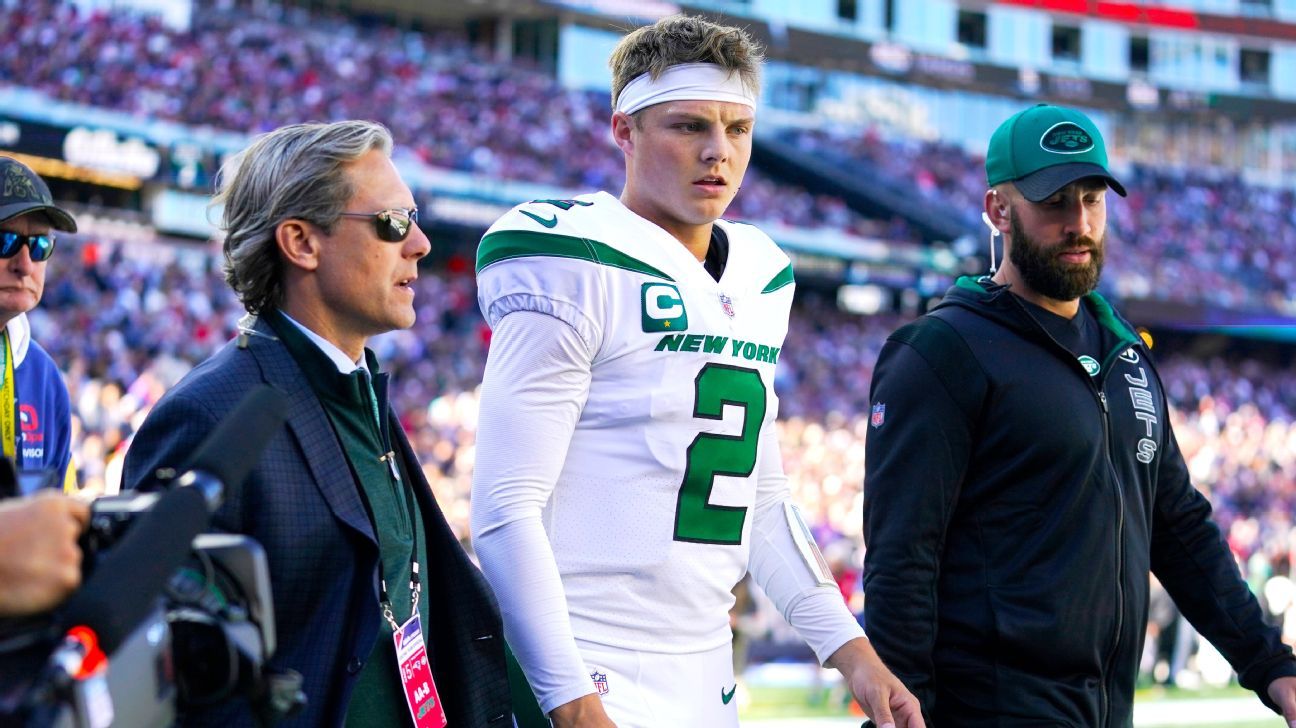 FOXBOROUGH, Mass. — New York Jets quarterback Zach Wilson injured his knee and limped to the locker room during the second quarter Sunday against the New England Patriots at Gillette Stadium.

Wilson, the second overall pick in the 2021 NFL draft, was examined in the medical tent before leaving the field with medical personnel at his side. He was later ruled out for the game by the Jets.

The Jets didn’t immediately announce which of Wilson’s knees is injured. The rookie quarterback went down awkwardly when linebacker Matt Judon landed on him as he heaved a pass downfield — a play that was ruled defensive pass interference in the end zone.

Wilson’s teammates seemed concerned, as they motioned immediately for trainers. Wilson was replaced by Mike White, who made his NFL debut and completed his first pass for a touchdown.

Moments before the injury, Wilson took an awkward spill in front of the Jets’ sideline. Defensive tackle Lawrence Guy, chasing the quarterback, dived at Wilson’s knees. Wilson’s left knee appeared to bend the wrong way. Wilson bounced up after throwing an incomplete pass and didn’t appear to be injured, but the no-call on Guy angered the Jets’ sideline.

Wilson, in his sixth career start, completed 6 of 10 passes for 51 yards. In his previous start against the Patriots, in Week 2, he was intercepted four times.

Meanwhile, Patriots tight end Jonnu Smith suffered a shoulder injury and was also ruled out for the rest of Sunday’s game.