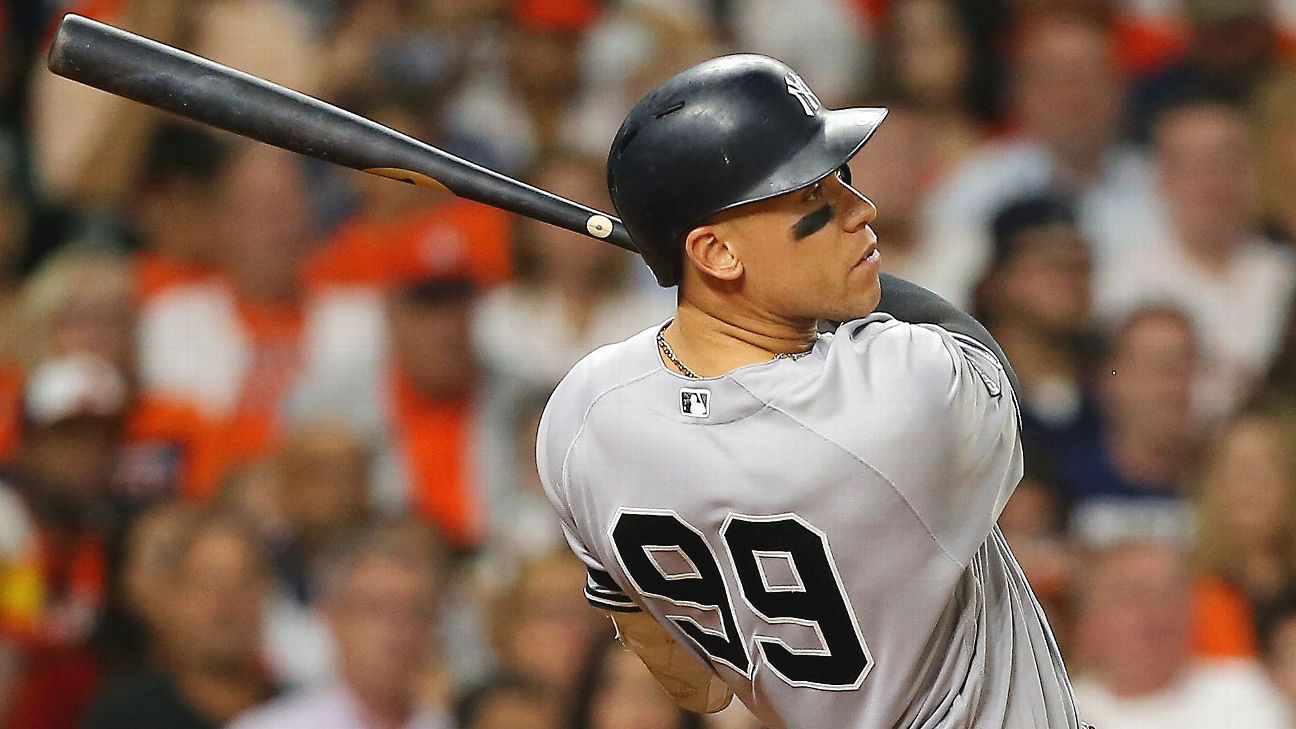 NEW YORK — All-Star right fielder Aaron Judge and the New York Yankees have not come to an agreement on a contract extension ahead of the slugger’s self-imposed deadline of Opening Day.

After reports surfaced that the Yankees offered Judge a multiyear contract, which sources told ESPN’s Jeff Passan was in excess of $225 million, the right fielder declined to confirm and said that general manager Brian Cashman would have more details after Friday afternoon’s game against the Boston Red Sox.

“I’m not gonna get into it right now,” Judge said. “I think Cashman will have an update for you guys, but I gotta game to focus on right now. So if it happens, it happens. If it doesn’t, I’ll see you guys after the game and we’ll talk about that. I think we’ll have a better update after the game.”

When asked whether negotiations were still ongoing, Judge reiterated that negotiations would continue up until first pitch, scheduled for Friday at 1:08 p.m. ET in the Bronx.

“This is the deadline. If it doesn’t get done, then we’ll work on the one-year arbitration deal and move on from there,” Judge said. “This is it. I don’t want to be a distraction during the year we got so many things to focus on, you know, a lot of good things happening, and I don’t want this to be a distraction for the team all year. After a good series, a good month, more talks … a bad series, a bad month … should’ve signed that extension or something like that.”

He added: “Opening Day is not done. First pitch is that 1:08. Today’s the deadline. So we’ll be talking about an extension or no extension and we’ll be done with it and get on to baseball.”

Judge was unable to agree on a contract with the Yankees for the 2022 regular season after the 29-year-old filed for arbitration at $21 million and the club countered at $17 million.

Nonetheless, manager Aaron Boone said that he is certain that whatever happens with Judge’s contract, it will not have any impact on the field, as Judge has repeatedly stated himself.

“He’s the ultimate teammate. He’s probably the biggest leader in that room. And he’s an amazing player that wants to go out and be great and wants nothing more than to be a part of the championship club. And there’s no doubt in my mind, whatever the outcome is, nothing will change in the way Aaron goes about his business,” Boone said. “I’ve seen some of Aaron’s comments, and I agree, it’ll get done or not. But I truly believe that it will not have an effect on him. He’s just got too solid of a makeup that it’s not going to be an issue.”

“Just getting into extension talks, that’s a blessing,” Judge said. “I never thought in my life I’d be in that opportunity, it’s not something that’s guaranteed. Just the thought of even going down this route with the Yankees is something special. I know I was guaranteed this last year, it’s an arbitration year. I got one year to play, and contract extension stuff is nice, but I got bigger things to focus on.”

Barring a significant change in the next few hours, Judge and the Yankees will not strike a contract extension before his deadline of first pitch today, sources tell ESPN.