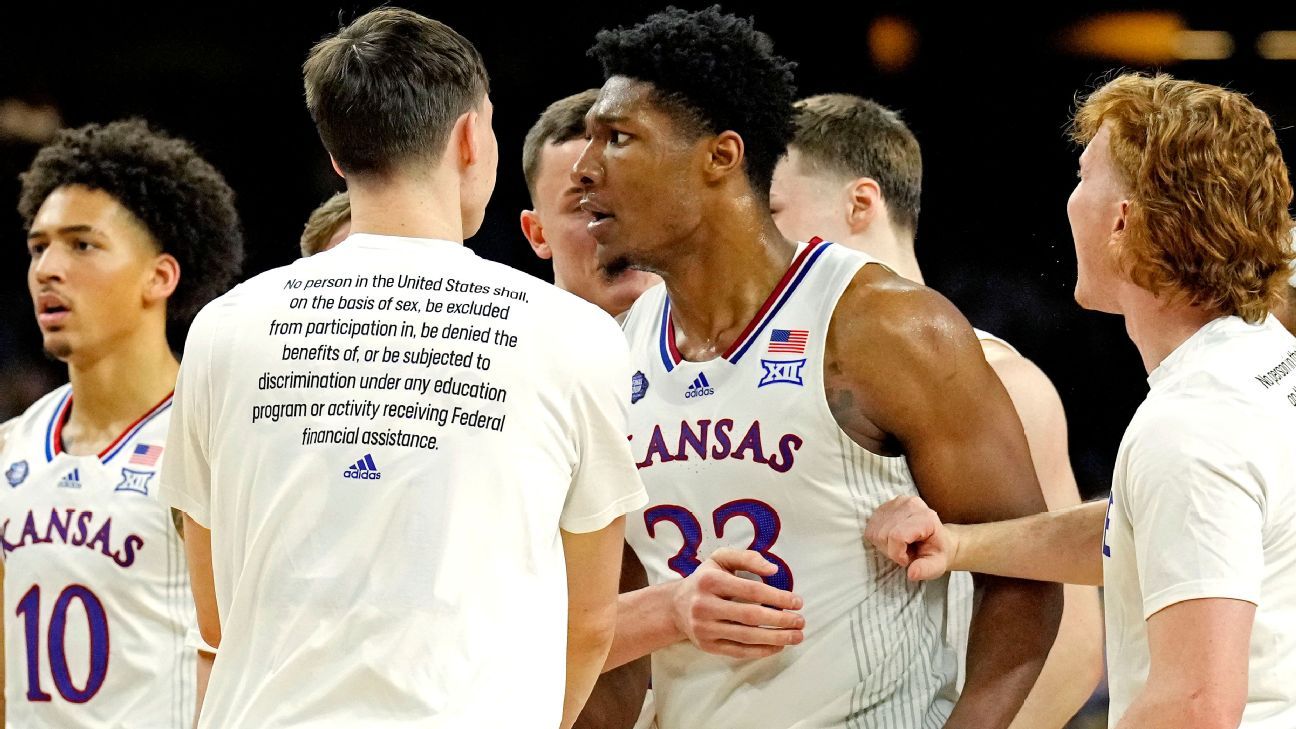 NEW ORLEANS — Despite arriving as the only No. 1 seed in the Final Four, Bill Self’s pursuit of his second national championship had been tucked into the corner of a national semifinals that had minimized the weekend’s opening act and any storylines attached to it.

And even if the chatter about Duke and North Carolina meeting for the first time in the NCAA tournament in Mike Krzyzewski’s final season had demanded most of the pageantry in New Orleans, Villanova head coach Jay Wright’s attempt to win his second national title without injured star Justin Moore had made the Wildcats an underdog that the masses could support.

After Kansas’ 81-65 victory over Villanova on Saturday, however, there is a new narrative to consider in New Orleans: Kansas could be the best team in America.

The four-point favorite had started the game with the expectation that it would defeat its shorthanded opponent. But Kansas advanced to the national title game on Monday with a performance that even Villanova at full strength might not have stalled.

With 9:28 to play in the first half, two Kansas players – David McCormack (11 points) and Ochai Agbaji (12 points) – had either outscored or matched Villanova’s 11 points. With Moore injured, Wright started Collin Gillespie, Caleb Daniels, Brandon Slater, Jermaine Samuels and Eric Dixon, a lineup that he’d only used in limited action in past games. That group had averaged just 88 points per 100 possessions, per hooplens.com.

From the start of the game, Moore’s absence in a rotation that relies on just six players was clear. Kansas scored the first 10 points in the game. The Jayhawks also made seven of their first 13 3-point attempts.

Villanova could never do enough to close the gap, though.

Early in the second half, Abgaji burst to the corner to launch a 3-pointer but he was soon doubled, so he threw a pass to Christian Braun on the block who then tossed a lob to McCormack, who was wide open for the layup. Even Villanova’s good defense on KU’s best player was insufficient to slow the bus down. Sure, they needed Moore. But they might have also needed former stars Josh Hart and Kris Jenkins, who were both sitting close to the court on Saturday.

Villanova continued to fight, though. With nearly 12 minutes to play, the Wildcats were down by eight points on Slater’s jump shot, but DaJuan Harris hit a 3-pointer to extend the lead to double digits again. On the next possession, a Samuels layup was countered by an Agbaji 3-pointer that extended KU’s lead again. That point-counterpoint routine persisted midway through the second half. And then, McCormack slammed on Samuels with 10:27 to play and the entire Superdome crowd could hear the thud.

Despite Villanova’s courage, it never seemed as if KU faced any real danger. Plus, the Jayhawks have always found another level to combat their opponents’ best efforts throughout this NCAA tournament.

The Jayhawks had a 47-19 halftime edge over Texas Southern in the first round. They scored 113 points per 100 possessions against Creighton, the top defensive team in the Big East, in the second round. A 24-12 lead against Providence gave KU control of that game in the Sweet 16 and a late rally helped secure the win. Against Miami in the Elite Eight, the Jayhawks outscored Jim Larranaga’s squad 47-15 in the second half of a lopsided victory.

Even as Villanova chopped into Kansas’ lead on Saturday — Villanova cut the lead to six points on Samuels’ free throw near the six-minute mark — the Jayhawks never changed their speed.

“They’re going to be one of the fastest, quickest teams we’ve played against,” Wright told reporters on Thursday. “And as always, a Bill Self team is incredibly intelligent, defensively, and tough and we know we’re going to have to be smart offensively against them.”

On Saturday, Kansas made sure that Villanova was always swimming against the tide. Agbaji and McCormack combined to score 46 points.

With 2:44 to play, Christian Braun hit a 3-pointer to give KU a 16-point lead. Any suspense had died at the Superdome.

Now, Self will enter Monday night with a chance to secure his second national championship.

While other teams in New Orleans have captured the public’s attention, he has coached the most consistent and balanced team in the Final Four.

On Monday night, he hopes to be coaching the best team, too.