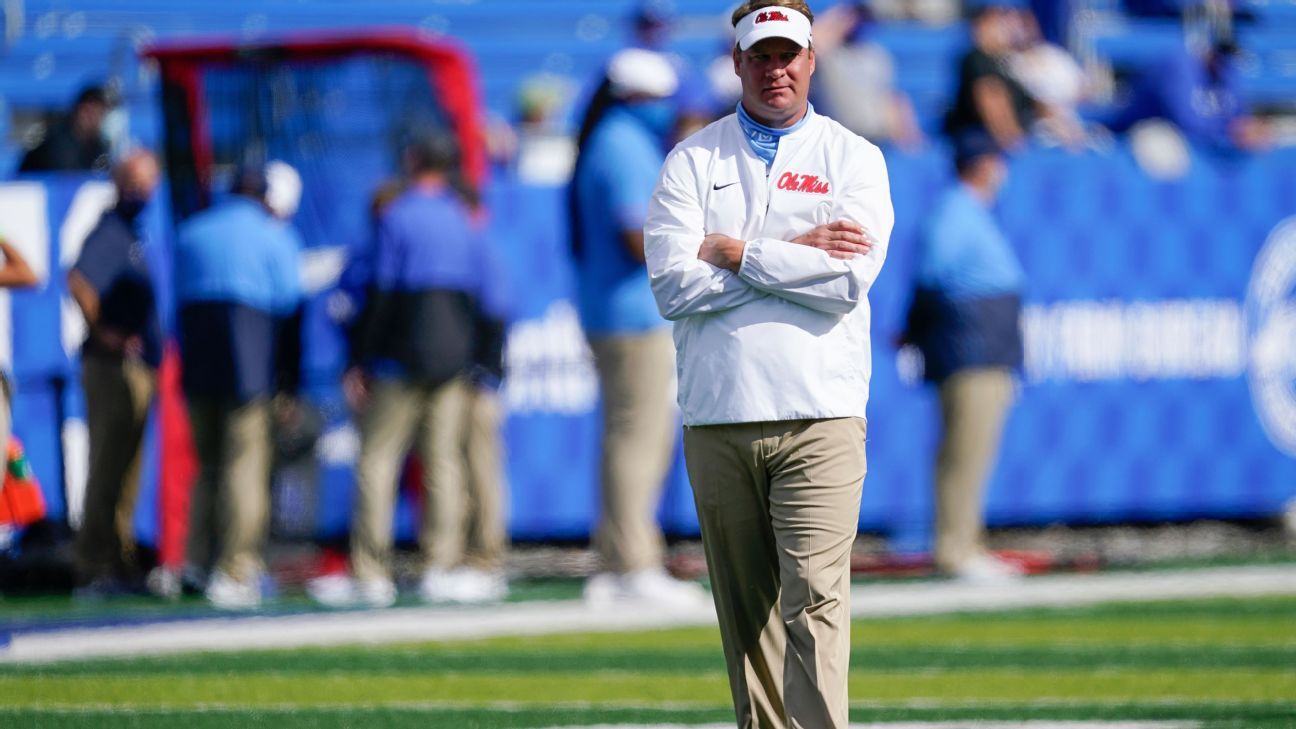 The battle of top-15 teams Alabama and Ole Miss is still a week and a half away, and already Rebels coach Lane Kiffin has some things to say about his former employer.

Kiffin, who served as offensive coordinator at Alabama under Nick Saban from 2014 to ’16, said on Wednesday that the No. 1 Crimson Tide are owning the transfer portal, amassing even more talent than they already do through high school recruiting, where they normally rank among the top three signing classes every season.

“Now they go to cherry-pick players for any holes they may have like an Ohio State receiver [Jameson Williams] or a Tennessee linebacker [Henry To’o To’o],” Kiffin said. “So now, it’s like not only do they get the best draft picks but they get to go into free agency and take players, so it really is going to set up one of the most talented teams ever, which is what we’re getting ready to play.”

Saban, who has been a skeptic of transfer deregulation, warned that the adoption of the one-time transfer rule would further separate the haves from the have nots.

“I think what’s gonna happen, as you’ve seen happen in a lot of leagues, the good players go to a good team and the bad players leave good teams because they’re not playing,” Saban said earlier this year. “Is that gonna make the rich get richer? I don’t know. You can decide that.”

Williams and To’o To’o, whom Alabama recruited coming out of high school, are now starters with the Tide.

Alabama hung on to beat No. 11 Florida in Gainesville last Saturday 31-29, and Kiffin had a message for any reporters wondering if the close win was a sign of weakness.

“As we know, they have a great team, great players,” Kiffin said. “I wish the media would stop upsetting Coach Saban by saying this is a weak team or has weaknesses. I mean, they went on the road into a top-10 team, into the Swamp and won with a freshman quarterback. Got an early lead and hung on at the end and now all of a sudden it’s not a good team and they have weaknesses and they can’t stop people, so it doesn’t really help us a lot being around there knowing how that place works.”

No. 13 Ole Miss has this week off, while Alabama hosts Southern Miss on Saturday.

The Tide and the Rebs will play in Tuscaloosa on Oct. 2.

Last year, the two teams went blow for blow before Alabama pulled away in the fourth quarter and won 63-48.