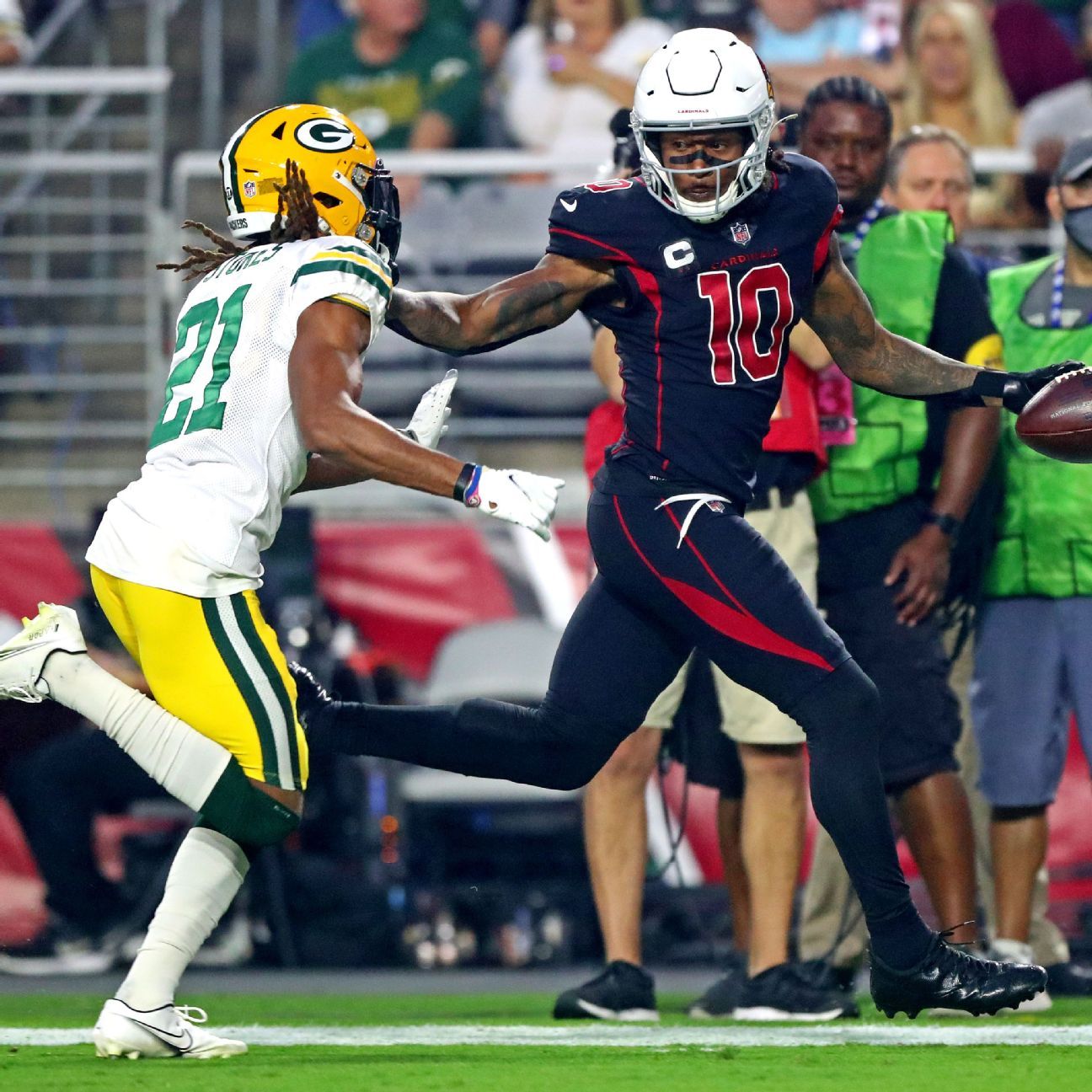 GLENDALE, Ariz. — Arizona Cardinals coach Kliff Kingsbury didn’t want wide receiver DeAndre Hopkins to continue playing after aggravating the hamstring injury that kept him out of practice all week in the first quarter Thursday night against the Green Bay Packers.

Hopkins had other plans.

After sitting out more than two quarters as he tested his hamstring with sprints on the sideline, Hopkins checked himself back into the game a couple of times, Kingsbury said. And after the Cardinals’ 24-21 loss to the Packers, Kingsbury made it known he wasn’t happy with Hopkins’ decision.

“We wanted him to stay off the field but he’d just run on,” Kingsbury said. “He wants to play, super competitive and made some plays there, and we just want him to be smart, but he was definitely hurting.”

Hopkins grabbed his hamstring after hauling in a 61-yard pass for a touchdown with 8:18 left in the first quarter that was negated because of a face mask penalty on Hopkins. He didn’t return until the 8:15 mark of the third quarter, a span of 30 minutes.

“He wants to be out there,” Kingsbury said. “He’s competitive as anybody I’ve been around, and he ended up making some plays. But, we also have a lot of games left so we’re trying to be smart with him.”

Hopkins was on the field for the Cardinals’ final offensive play of the game, when Murray threw an interception on a pass from the Packers 5-yard-line with 15 seconds left that was targeted to A.J. Green. The pick was a result of a “miscommunication,” both Murray and Kingsbury said, because Green never knew the pass was coming his way.

The ball flew right by him without Green turning his helmet, and into the arms of Packers cornerback Rasul Douglas, who Green Bay signed off Arizona’s practice squad earlier this month.

“I honestly don’t know,” Murray said about what happened on the play. However, Kingsbury said it was an audible. Arizona got the one-on-one look with Green, who was the lone receiver split wide, that it wanted.

“It wasn’t the route that we thought we had checked,” Kingsbury said. “So, we got to communicate better in those situations.”

During the play, Murray was rolled up on. Murray went down and was attended to by trainers, and cameras showed Murray limping after the play. He said he was “good” after the game but Murray was seen wearing a walking boot on his left leg as he left the stadium.