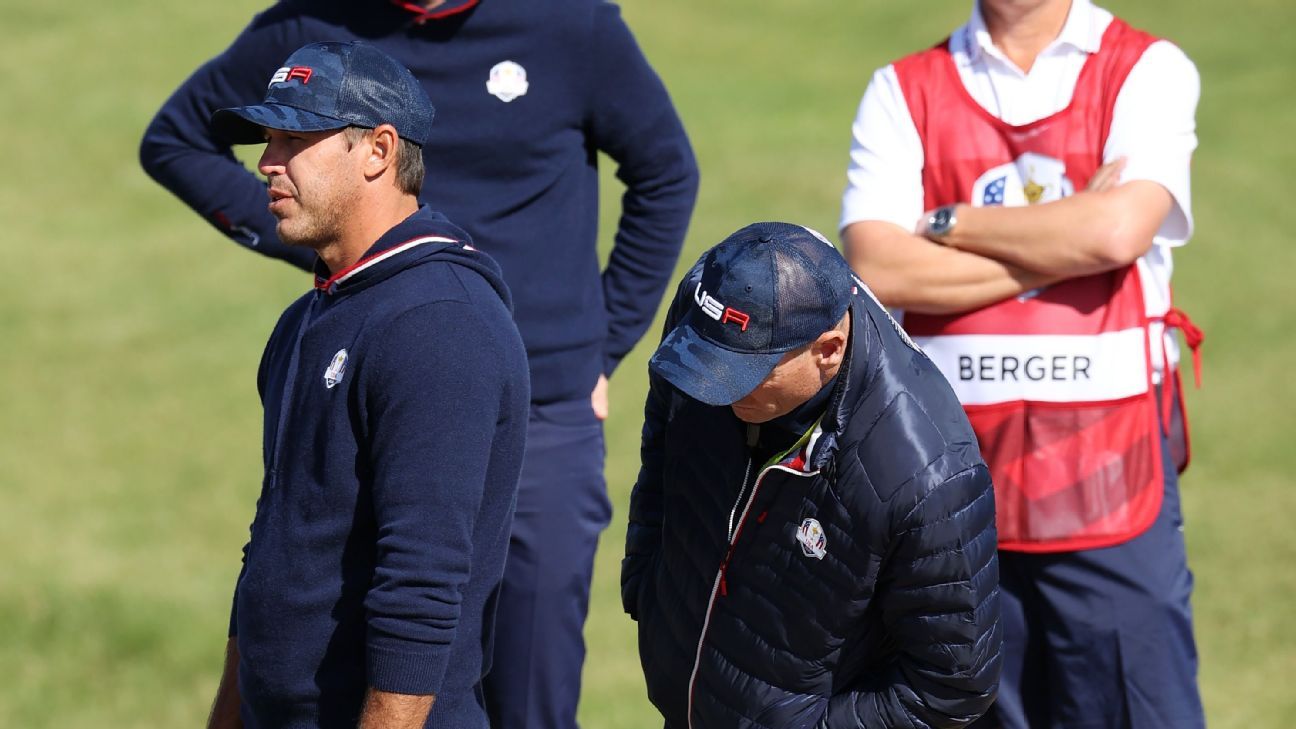 SHEBOYGAN, Wis. — Brooks Koepka had sharp words for a pair of rules officials who wouldn’t give him a free drop during a foursome match at the 43rd Ryder Cup at Whistling Straits on Saturday morning.

After Koepka’s teammate, Daniel Berger, hit his tee shot into native grass on the 15th hole, Koepka called over PGA rules official David Price, arguing that his club would hit a drain when he swung.

Despite Berger and Koepka lobbying for relief for several minutes, Price turned down the request. Koepka then asked for a second official and, after another brief discussion, European Tour rules official Mark Litton agreed with Price.

Koepka, a four-time major champion, pointed at Price and Litton and said, “If I break my wrist, it’s on f—ing both of you guys.”

Koepka managed to hit the ball onto the 15th green; it was unclear if his club hit the drain. The American team two-putted for par to tie the hole. They ended up losing their match to Spain’s Jon Rahm and Sergio Garcia 3 and 1 — the U.S. team’s only defeat of the morning session.

Asked about the ruling after the match, Koepka would only say, “Yeah, we didn’t get it.”

On Sept. 4, Koepka injured his left wrist when his club hit a tree root during the third round of the Tour Championship at East Lake. He was forced to withdraw from the tournament and spent the past few weeks rehabbing his wrist to get ready for the Ryder Cup.

At one point during his discussion with Price, Koepka said, “You don’t think my club will hit there? There was a root that far a couple of weeks ago.”

In 2010, Price was the PGA rules official who informed Dustin Johnson that he had grounded his club in a bunker on the 18th hole at Whistling Straits in the final round of the PGA Championship. Johnson was given a 2-stroke penalty, which kept him out of a playoff and cost him a chance to win his first major championship.