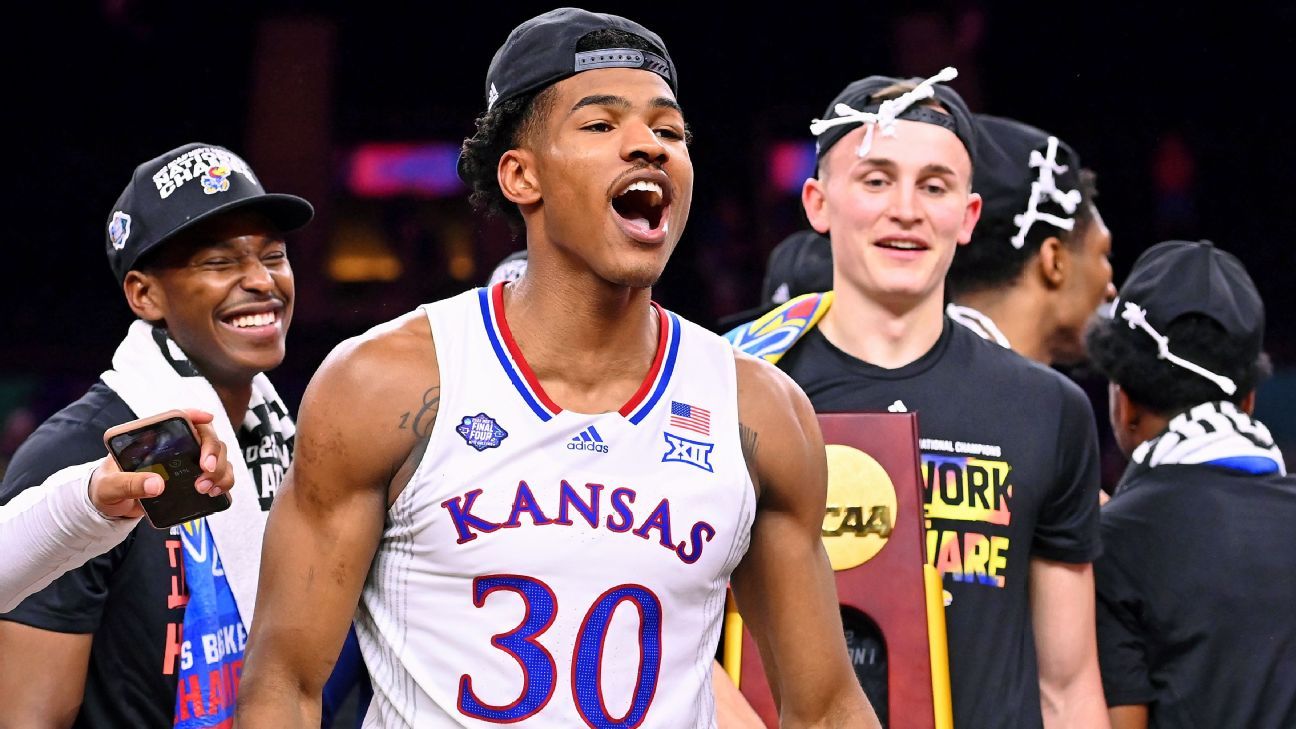 Kansas senior guard Ochai Agbaji, named Most Outstanding Player of the Final Four after leading the Jayhawks to their fourth men’s basketball national championship, has declared for the 2022 NBA draft, he announced via social media on Sunday.

“‘How did it feel?’ I’ve probably been asked that question a thousand times since we won the national championship,” Agbaji wrote in his post. “And while I’m not sure I’ve found the right words to accurately describe the elation and surreal nature of that moment, I do know this much: I’ll never get tired of talking about it.

“From start to finish, this entire season felt like it had been scripted. A season I’ll remember forever. One I’ll never take for granted. … No matter where basketball takes me — I’ll always be a Jayhawk.”

Agbaji, the Big 12 Player of the Year, is projected to go No. 16 in the latest mock draft by ESPN’s Jonathan Givony and Mike Schmitz.

The 6-foot-5 Agbaji averaged a team-leading 18.8 points per game this season for the Jayhawks, who pulled off a historic comeback against North Carolina in the national title game.

Agbaji was also a finalist for the Wooden Award.