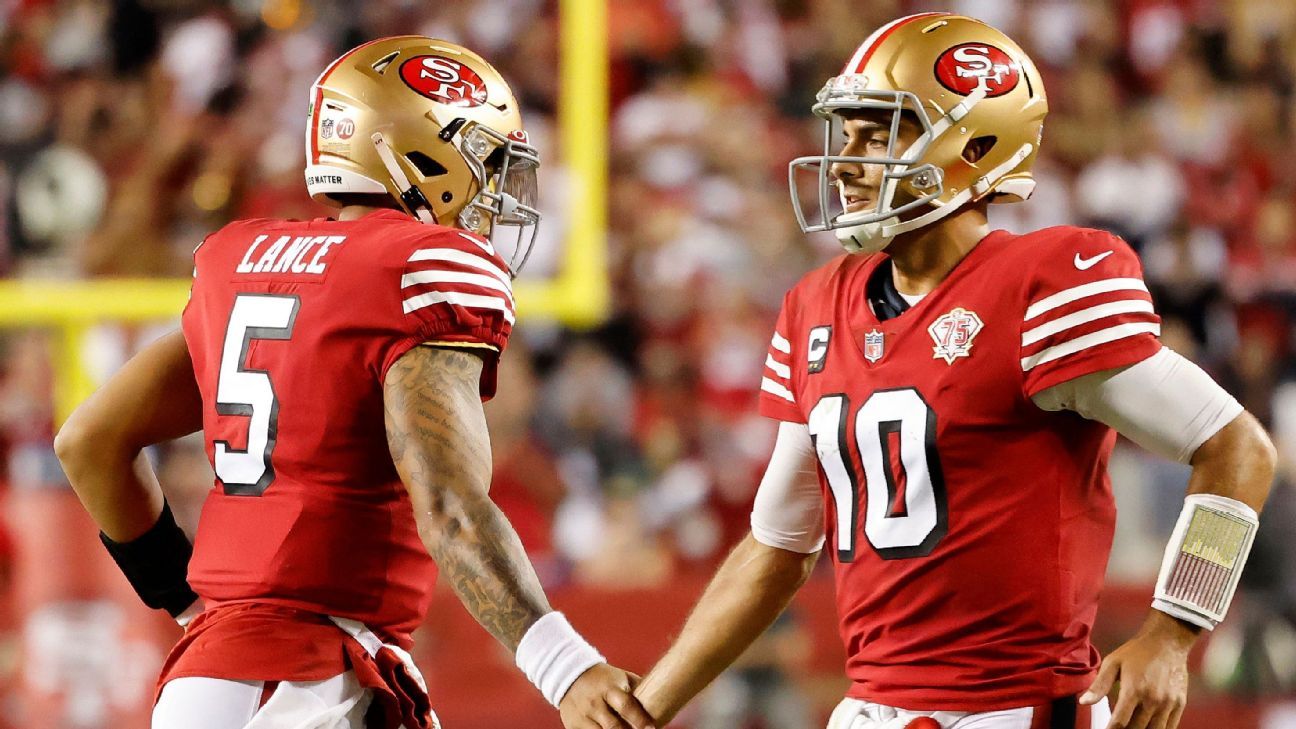 Lance will make his first NFL start Sunday against the 4-0 Arizona Cardinals, Niners coach Kyle Shanahan said Friday. That announcement comes after a week in which Lance took the reps with the starting offense with starter Jimmy Garoppolo dealing with a strained and bruised right calf.

Garoppolo is listed as out on Friday’s injury report after he did not practice all week. That means it will be Lance starting and veteran Nate Sudfeld expected to get elevated from the practice squad to serve as Lance’s backup.

Lance, who will be 21 years and 154 days old on Sunday, will become the fourth-youngest quarterback at the time of his first NFL start. He will also attempt to become only the second quarterback (joining Phil Simms in 1979) selected in the first round to get his first start against a team that’s 4-0 or better.

While this will be Lance’s first start, he is coming off his first extended playing time. He replaced Garoppolo at halftime of last week’s loss to the Seattle Seahawks, learning he was going into the game just moments before the third quarter began. After some shaky early moments, he settled down a bit in a performance Shanahan said had “some good and some bad.”

Lance finished that game 9-of-18 for 157 yards with two touchdowns and ran seven times for 41 yards. Having the full week of practice with the starters not only allowed Lance to get more comfortable but also gave the 49ers the chance to build out a game plan with more Lance-specific plays.

On Wednesday, Garoppolo was hopeful he’d be able to play against the Cardinals but acknowledged that he’d be “battling through” the calf injury rather than being fully healthy.

That was an important distinction given that Garoppolo attempted to return too quickly from a high ankle sprain in last year’s Week 5 loss to the Miami Dolphins. A clearly hobbled Garoppolo went 7-of-17 for 77 yards with no touchdowns and two interceptions before heading to the bench in that 43-17 loss.

This week, Garoppolo is expected to be a pregame inactive, but with the Niners heading toward a Week 6 bye, the team hopes he can be healthy for the Oct. 24 game against the Indianapolis Colts.

Garoppolo said Wednesday that while he was hoping to play this week, he was also spending time helping Lance prepare when possible.

“It’s kind of the balancing act,” Garoppolo said. “If Trey has any questions, anything that just I’ve ran in the past or that he hasn’t ran, [I’m] helping him out any way with that.”