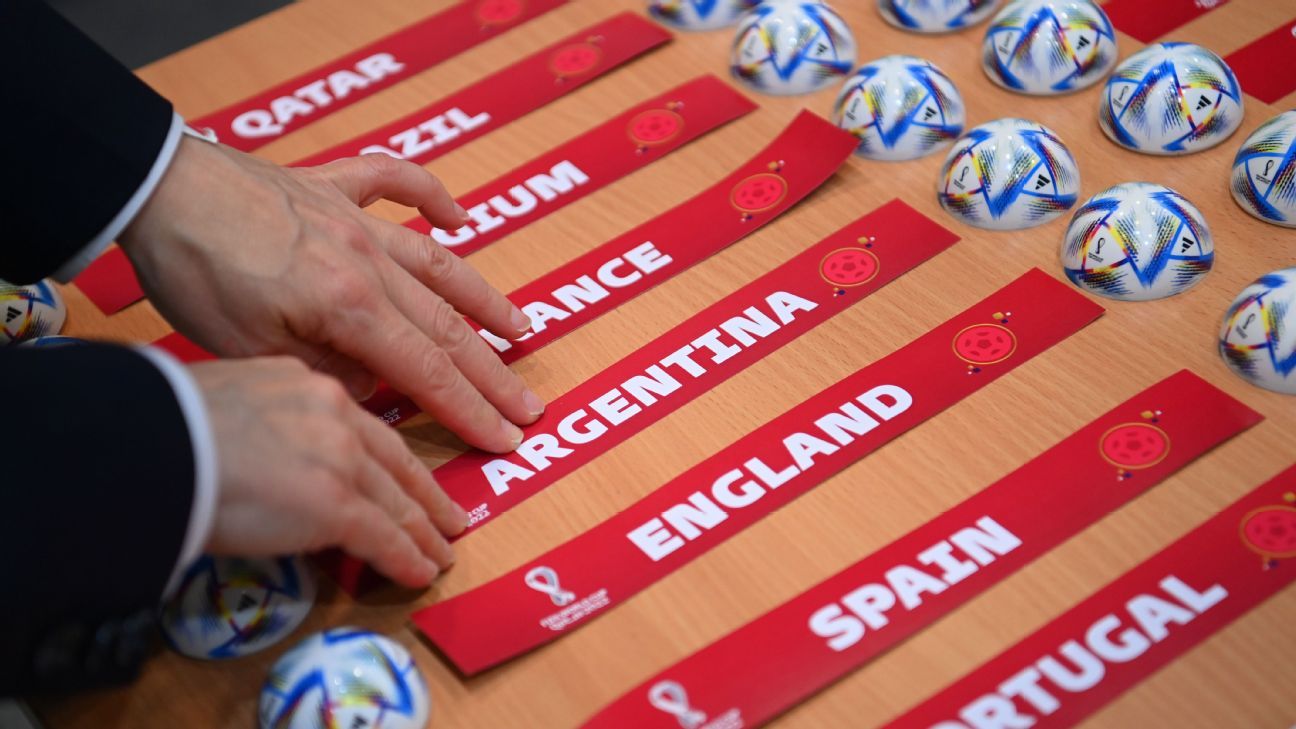 Follow the draw for the 2022 FIFA World Cup finals live with ESPN, starting with all the build-up from 3 p.m. GMT, 11am ET before the ceremony itself begins an hour later.

NB: Please refresh the page to get the latest updates…..

11.18 ET / 15.18 GMT: We will know the group stage fixtures and dates for all 32 teams as soon as the draw is made. However, we will have to wait to discover the venues and kickoff times. FIFA is going to optimise the order of matches for supporter demand and to fit in with local TV audiences for the participating teams.

11.12 ET / 15.12 GMT: ESPN senior writer James Olley is already in the auditorium, and can show us how the Convention Center is filling up.

The stage is set for the 2022 World Cup Final Draw here in Doha. Starts in just over an hour. pic.twitter.com/3jTuHo46ZO

11.10 ET / 15.10 GMT: The guests are already arriving at the Doha Exhibition and Convention Center ahead of the draw.

Pot 1 contains the hosts, Qatar, along with strongest seven nations according to the new FIFA World Ranking, which were published on Thursday ahead of the draw.

The other pots are filled in order of the FIFA World Ranking, apart from Pot 4, which contains the five lowest-ranked nations along with the winners of the three remaining playoffs (two intercontinental and the outstanding UEFA path involving Ukraine that are due to be played in June).