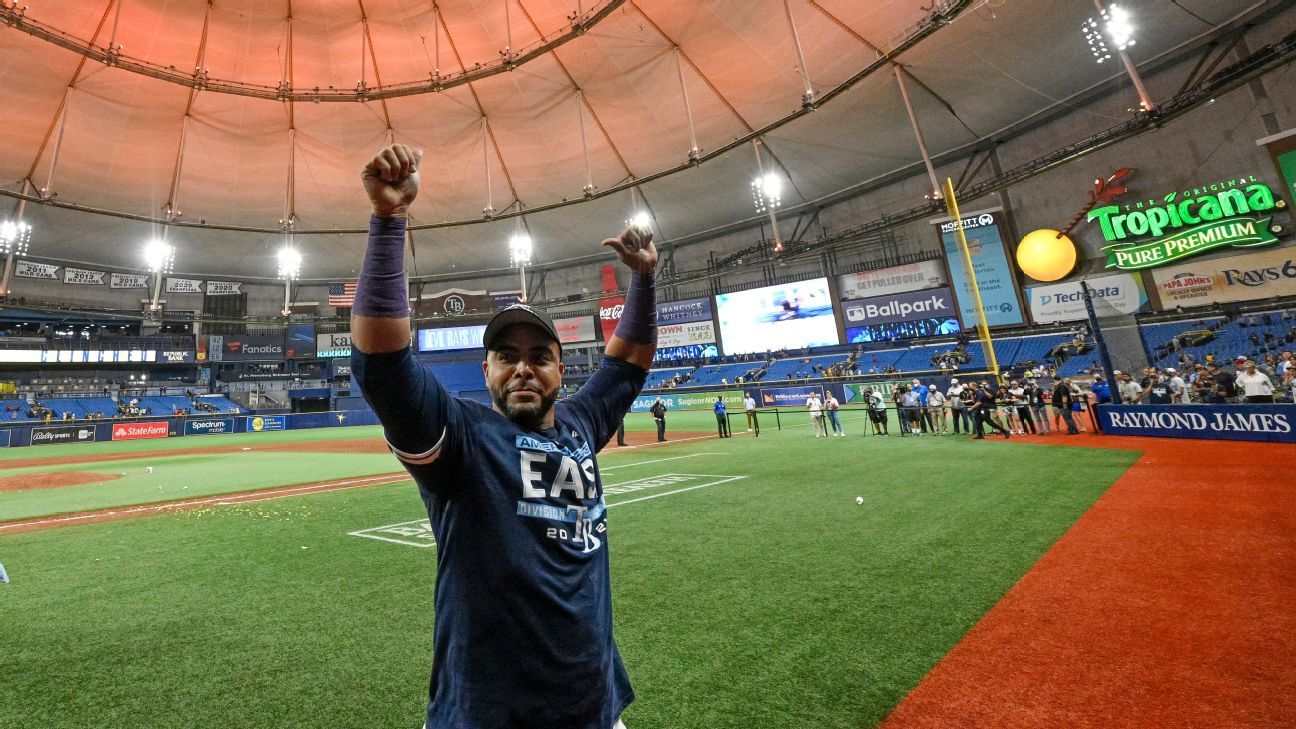 October is right around the corner. Wondering which teams will be playing in the 2021 MLB playoffs? Well, we’re about to find out.

With the final stretch of the Major League Baseball season in full swing, teams are getting ready to clinch postseason berths — whether it’s a division crown and a straight ride to the division series, or one of two wild-card spots to face single-game elimination play. Either way, pride — and home-field advantage — is at stake.

While teams appear to have their divisions locked down, the wild-card race is wide open and will likely come down to the final week — or even the final weekend — of the regular season, which ends Sunday, Oct. 3. Or we could have some bonus baseball on Oct. 4 if there are tiebreakers to be played heading into the postseason.

Below, we take a look at the latest in the playoff races in both the American League and National League, starting with who has clinched a postseason spot, who can clinch next and upcoming series to watch. (Check back each day as we continue to update the playoff picture.)

Who has already clinched a playoff spot?

Baseball’s two best teams are officially in. The San Francisco Giants clinched at least a wild-card spot with a 9-1 win over the Padres on Sept. 13. The Giants are still locked in a battle with the Los Angeles Dodgers to win the National League West, but the teams with the two best records in Major League Baseball so far this season are both assured a playoff spot, as the Dodgers clinched their own berth with an 8-4 win over the D-backs the next day. The only question: Which team will go straight to the division series and which one will face a wild-card elimination game?

The Chicago White Sox clinched the AL Central — becoming the first team to win a division title in 2021 — with a 7-2 win in Cleveland in the opening game of a Sept. 23 doubleheader.

Who can clinch a playoff spot next?

The Houston Astros’ magic number to clinch the AL West is two.

Key series to watch this week

New York Yankees at Toronto Blue Jays: This year’s AL wild-card race is, well, wild. Fresh off a sweep of the Boston Red Sox this weekend, the Yankees look to keep up their momentum, while the Jays — who entered the week two games behind the Yankees and one behind the Red Sox — hope to turn a streaky New York team cold again. Meanwhile, the Oakland A’s are in Seattle to meet the Mariners — and neither of those teams are out of it, either.

Philadelphia Phillies at Atlanta Braves: The St. Louis Cardinals have forgotten how to lose, so if the Phillies want in on October, they’re going to need to win the NL East. They have three games this week against the first-place Braves that will make or break their season.

If the season ended today …

Here’s what the playoff field would look like if the season ended today (tiebreakers excluded):

Play for FREE and compete to win $9K of prizes throughout the MLB postseason!
Make Your Picks