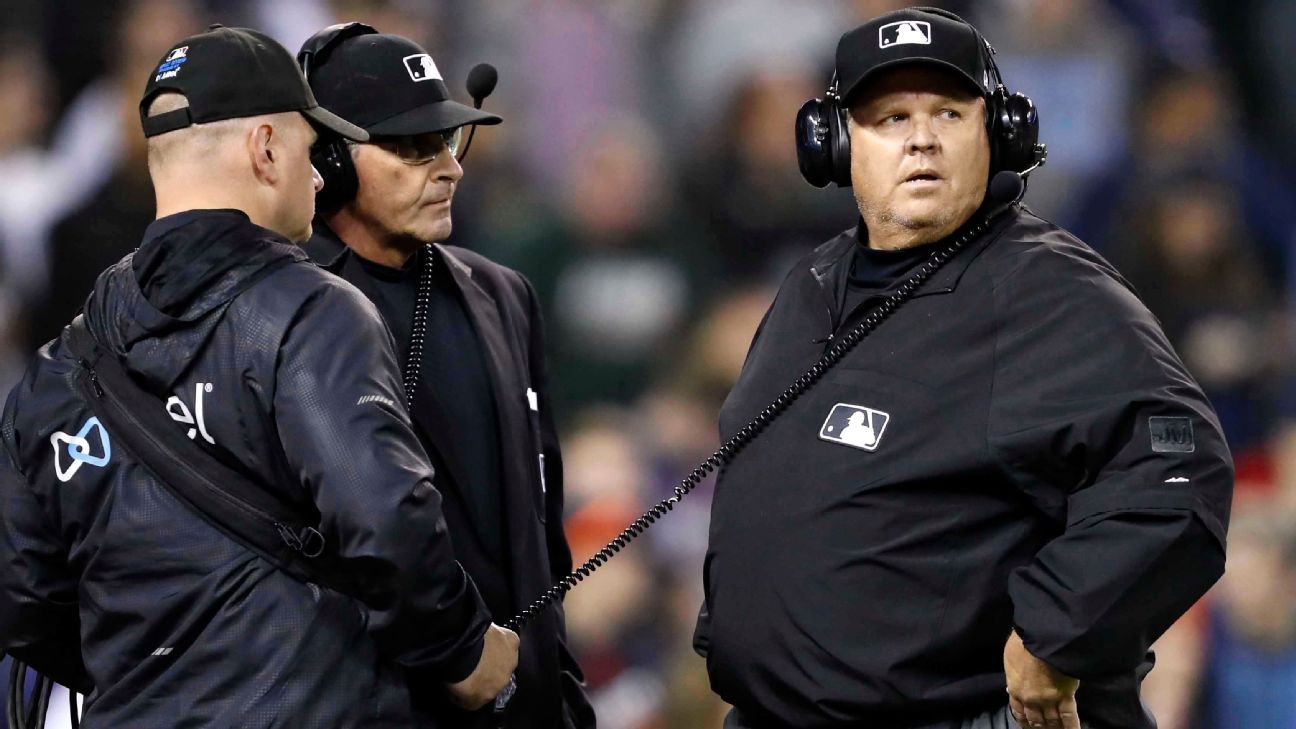 Umpires will now be equipped with on-field microphones to inform the crowd and television audience of instant replay reviews beginning with exhibition games at stadiums this weekend, Major League Baseball announced Friday.

Crew chiefs will wear a microphone, via a belt pack, and will proceed to one of the baselines when a replay is initiated and face the press box to make the announcement. They’ll announce who is making the challenge, what is being challenged, and then — after the review is completed — announce the verdict and give a quick explanation.

Hinch indicated that several umpires had expressed nervousness about speaking publicly in that manner, since it’s never been part of their job.

“I think they’re a little uncomfortable with the mechanics of it until they get to do it,” Hinch said.

Umpires have been rehearsing making these announcements this spring but not during games. That will start this Sunday when the Angels host the Dodgers at Angels Stadium in Anaheim.

Major League Baseball was going to begin informing fans about replays in this manner in 2020, but the pandemic delayed the rollout.