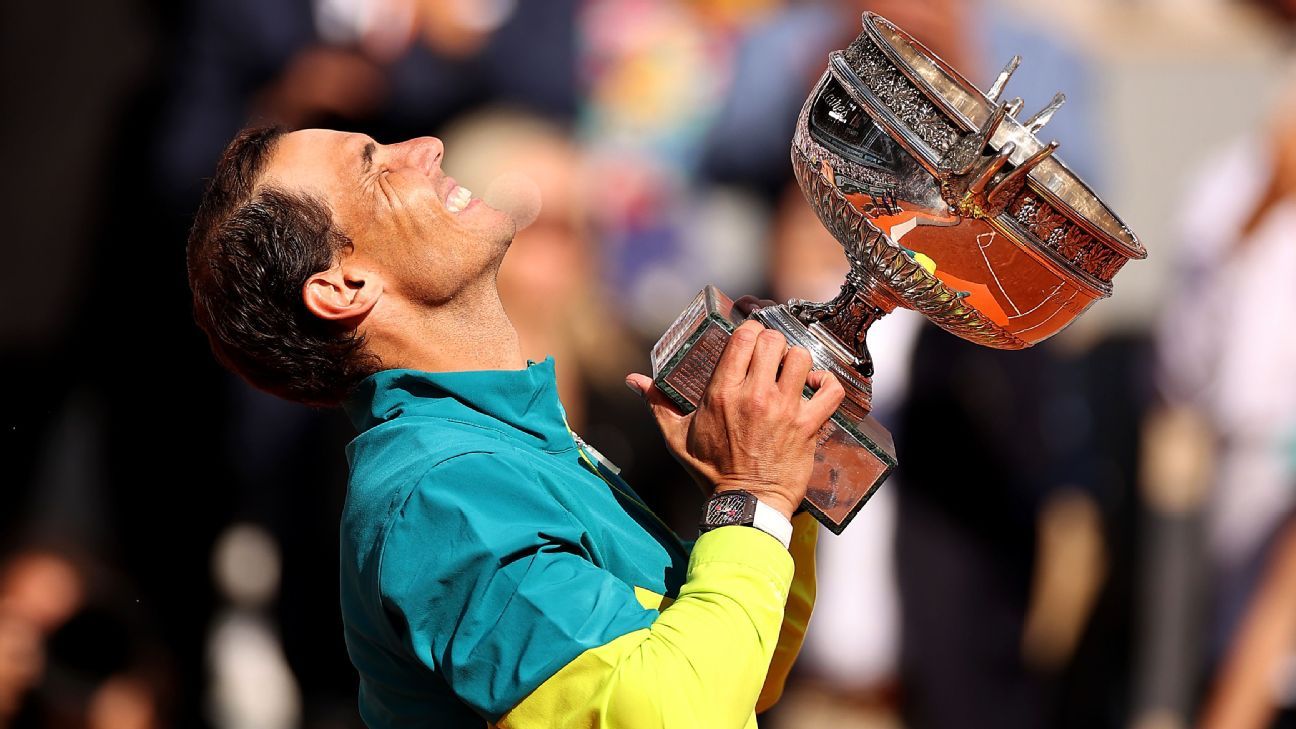 Ruud led 3-1 in the second set, a deficit that spurred Nadal to raise his level — he took the last 11 games. Nadal’s six games lost Sunday are tied for his second fewest in a major final. He has won six major finals where he’s conceded fewer than 10 games, breaking a tie with Richard Sears for the most by any man in tennis history.

The Spaniard’s first triumph in Paris came in 2005 at age 19. No man or woman ever has won the singles trophy at any major event more than his 14 in Paris. And no man has won more Grand Slam titles than Nadal.

While he is not showing any obvious signs of slowing, the past year or so has not been easy for Nadal.

Nadal sat out most of the last half of 2021 — missing Wimbledon, the Tokyo Olympics and the US Open — because of a left foot injury.

He was able to win the Australian Open in January to break a three-way tie at 20 major trophies with Novak Djokovic (who wasn’t there because he isn’t vaccinated against COVID-19) and Roger Federer (who is sidelined after a series of knee operations). But after that, Nadal missed time with a rib injury, then was clearly hobbled by the foot as he limped around during the Italian Open last month.