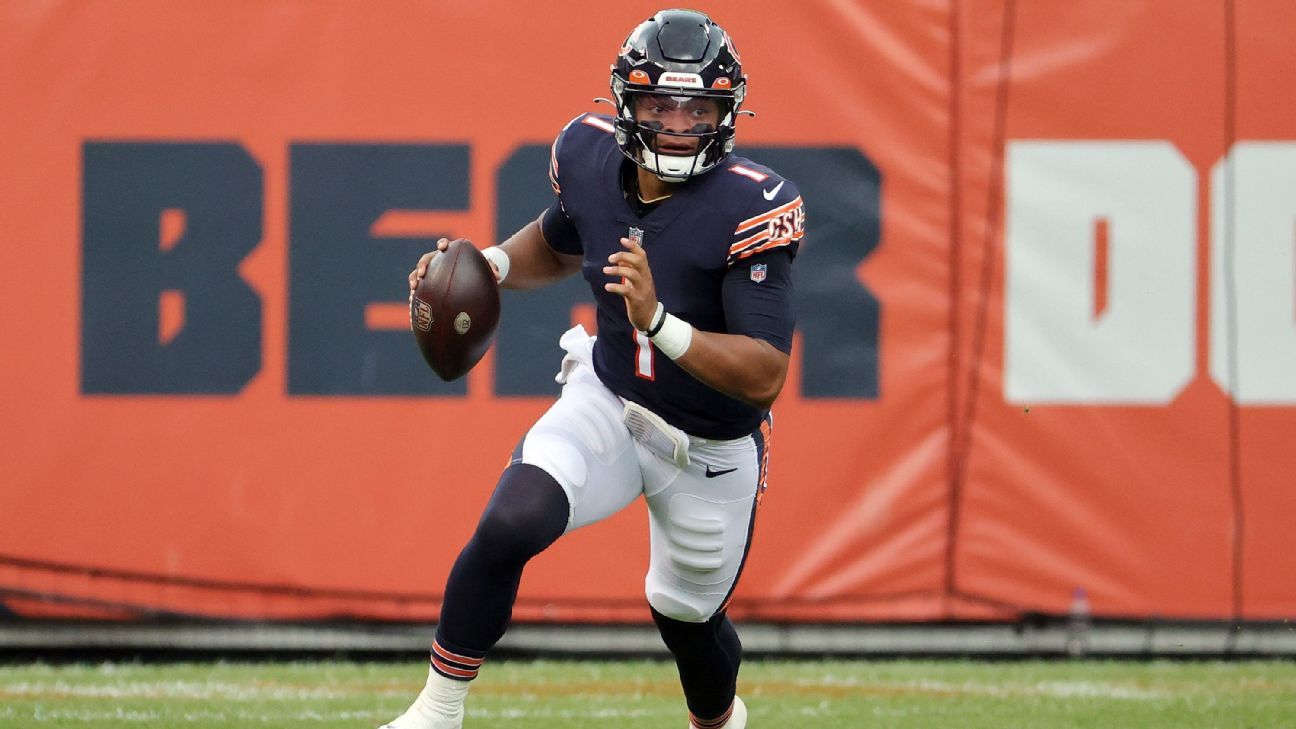 Nagy had previously said veteran Andy Dalton would regain the starting job once he was healthy enough to return from a knee injury that has sidelined him the past two weeks.

Fields led the Bears to a 24-14 victory over the Detroit Lions last Sunday in his second start of the season.