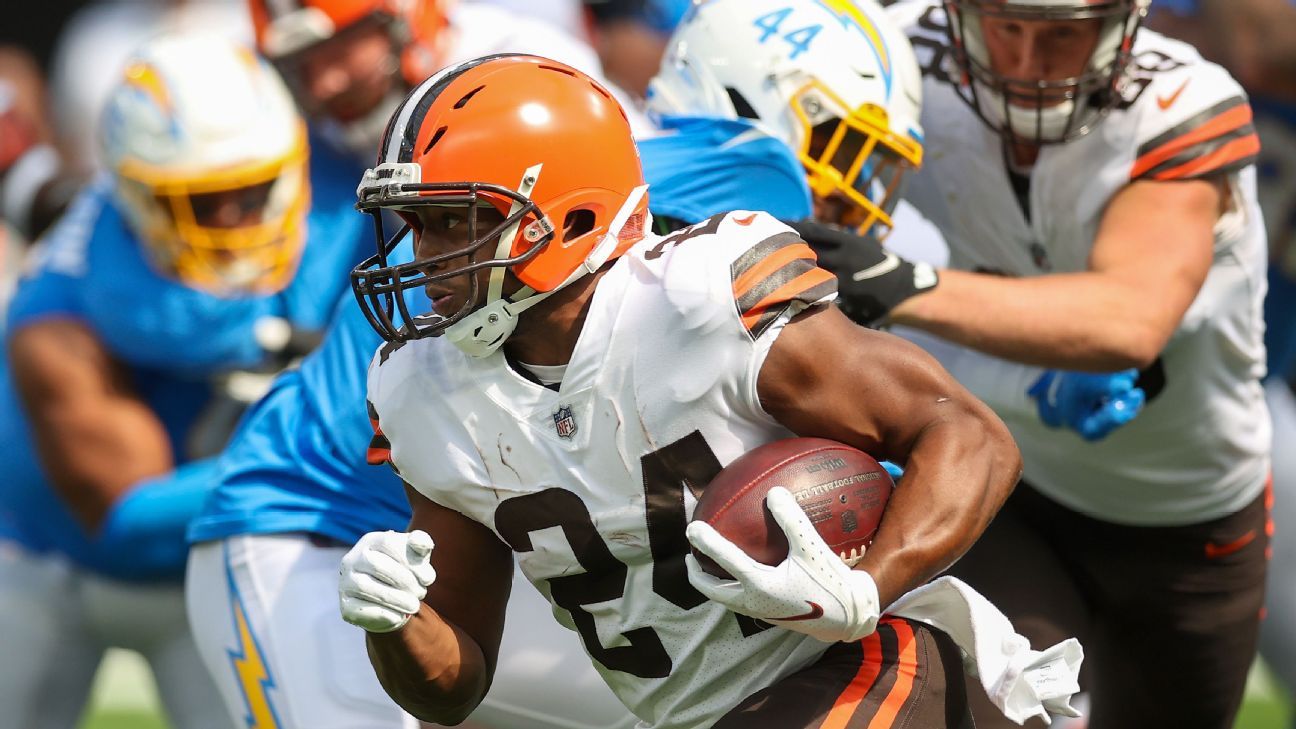 INGLEWOOD, Calif. — Cleveland Browns running back Nick Chubb juked through several Los Angeles Chargers defenders, then stiff-armed another on the way to a 52-yard touchdown run to begin the second half.

Chubb stutter-stepped through the Chargers’ defense off-tackle before finding space to the right. Then, he stiff-armed cornerback Asante Samuel Jr. before dashing for the touchdown. It was Chubb’s fourth career touchdown run of at least 50 yards, and it gave the Browns a 27-13 lead early in the third quarter.

The run was Chubb’s longest since an 88-yard touchdown run against the Baltimore Ravens in 2019, and with 41 yards gained after contact, it was the second time in his career that he gained 40-plus yards after contact on a touchdown run, according to ESPN Stats & Information.