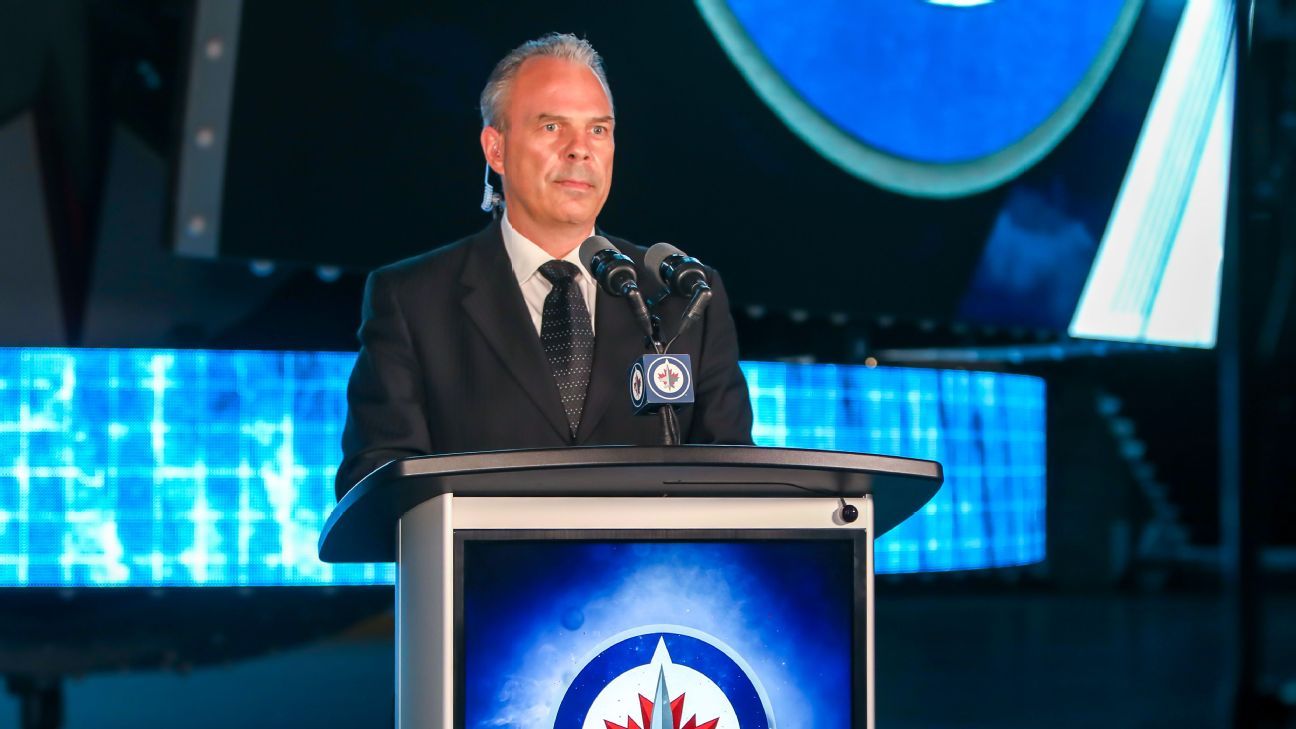 The NHL will not discipline Winnipeg Jets general manager Kevin Cheveldayoff with respect to the Chicago Blackhawks‘ handling of sexual assault allegations against former video coach Brad Aldrich in 2010.

Following an in-person meeting between Cheveldayoff and NHL commissioner Gary Bettman on Friday, the league released a statement saying it has “concluded that Cheveldayoff was not responsible for the improper decisions made by the Chicago Blackhawks related to the Brad Aldrich matter in 2010, which decisions resulted in the Club’s delayed and inadequate response to a report of serious, inappropriate conduct as between Aldrich and Blackhawks’ prospect, Kyle Beach.”

Beach came forward publicly Wednesday as “John Doe,” the former Blackhawks player who filed a lawsuit against the team in May for mishandling allegations he made about Aldrich’s conduct.

The Blackhawks subsequently commissioned an investigation by the law firm Jenner & Block LLP to look into the matter and determine how it was handled by Chicago at the time. Jenner & Block released its findings Tuesday, the same day Bowman resigned as Blackhawks president of hockey operations.

In July, Cheveldayoff said he “wasn’t aware” of the sexual assault at the time and didn’t hear about it until close to the end of his two-season tenure with Chicago. Cheveldayoff was hired as Jets general manager in June 2011.

After the law firm’s report became public this week, Cheveldayoff released another statement through the Jets’ public relations department, saying he had “shared everything I know about this matter as part of my participation in Jenner & Block’s investigation.”

Cheveldayoff was the second meeting in as many days that Bettman took with key figures in the Blackhawks’ scandal. On Thursday, he had a sit-down with Quenneville, after which Quenneville resigned as coach of the Florida Panthers.

Bettman said in a statement following Quenneville’s announcement that “all parties” agreed it was the correct move and that no further punishment would be levied against Quenneville. When it came to Cheveldayoff, Bettman took a different approach.

“While on some level, it would be easiest to paint everyone with any association to this terrible matter with the same broad brush, I believe that fundamental fairness requires a more in-depth analysis of the role of each person,” Bettman said in a statement. “Kevin Cheveldayoff was not a member of the Blackhawks senior leadership team in 2010, and I cannot, therefore, assign to him responsibility for the Club’s actions, or inactions. He provided a full account of his degree of involvement in the matter, which was limited exclusively to his attendance at a single meeting, and I found him to be extremely forthcoming and credible in our discussion.”

Like Cheveldayoff, Quenneville had denied prior knowledge of Beach’s accusations, maintaining publicly that he learned of the player’s plight “through the media” over the summer.

In his interview with TSN on Wednesday, Beach did not directly reference Cheveldayoff but made it clear there was “absolutely no way” Quenneville could deny knowing about Aldrich, having attended the same meeting Cheveldayoff did.

That all happened on the night Chicago won the Western Conference finals and advanced to the team’s first Stanley Cup Final since 1992. According to what Bowman told investigators, when Quenneville learned what Aldrich had done to Beach, he “shook his head and said that it was hard for the team to get to where they were and they could not deal with this issue now.”

Quenneville coached the Panthers on Wednesday night against the Boston Bruins. He resigned with two years and more than $15 million remaining on his contract.

“I want to express my sorrow for the pain this young man, Kyle Beach, has suffered. My former team, the Blackhawks, failed Kyle and I own my share of that,” Quenneville said in a statement to TSN. “I want to reflect on how all of this happened and take the time to educate myself on ensuring hockey spaces are safe for everyone.”

The Blackhawks would win the Stanley Cup in 2010, and Aldrich’s name is on it with the rest of Chicago’s players and staff.